The Gregorian Calendar Adopted in England 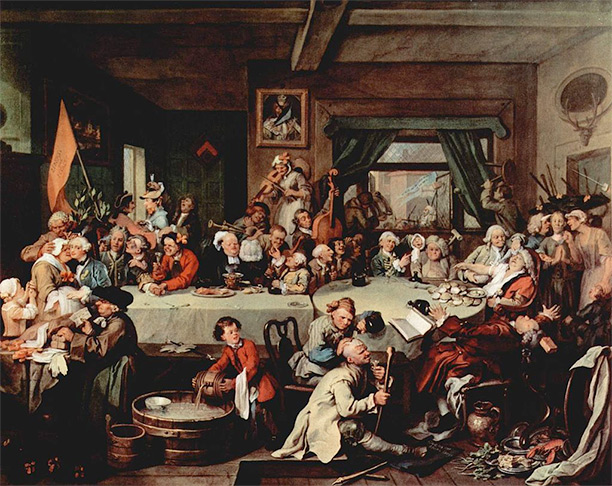 In 1750 England and her empire, including the American colonies, still adhered to the old Julian calendar, which was now eleven days ahead of the Gregorian calendar, introduced in 1582 by Pope Gregory XIII and in use in most of Europe.

Attempts in the sixteenth and seventeenth centuries to adopt the new calendar had broken on the rock of the Church of England, which denounced it as popish. The prime mover in changing the situation was George Parker, second Earl of Macclesfield, a keen astronomer and a Fellow of the Royal Society. He was assisted in his calculations by his friend James Bradley, the astronomer royal, and he gained the influential support of Philip Dormer Stanhope, the sophisticated fourth Earl of Chesterfield (of letters to his son fame), who squared it with Henry Pelham’s initially reluctant government.

In 1751 Chesterfield introduced in the House of Lords ‘an Act for Regulating the Commencement of the Year and for Correcting the Calendar now in Use’, gracefully commending it, with Macclesfield in support. According to Chesterfield, Macclesfield spoke ‘with infinite knowledge and all the clearness that so intricate a matter could admit of; but as his words, his periods, and his utterance were not near so good as mine, the preference was most unanimously, though most unjustly, given to me.’

The bill passed through Parliament easily enough and George II signed it in May. It provided for Wednesday, September 2nd, 1752, to be followed by Thursday the 14th and for New Year’s Day to move from March 25th to January 1st, as already was the case in Scotland. The City of London flatly refused to pay taxes early, so the financial year was altered to start on April 6th, as it still irritatingly does. The changes affected festivals, saint’s days and birthdays, including that of Dr Johnson, as well as the dates of payments of wages, rents and interest, contracts for delivery of goods, military discharges and prison releases. It was all carefully explained in the media of the day under the slogan ‘The New Style the True Style’.

The change was thoroughly unpopular with people who deplored it as popery, disapproved of John Bull’s ways being altered to conform with those of foreigners or who simple-mindedly thought that eleven days had been taken out of their lives. Some claim that mobs gathered to bawl ‘Give us back our eleven days’, there were riots in Bristol and quite a few country people insisted on observing Old Christmas Day on January 5th.

Macclesfield was elected President of the Royal Society, but when his eldest son, the future third Earl, stood for Parliament in Oxfordshire in 1754, one of the cries against him was still ‘Give us back the eleven days we have been robbed of.’