The water nymph, whose affair with a peasant shepherd inspired numerous works of art. 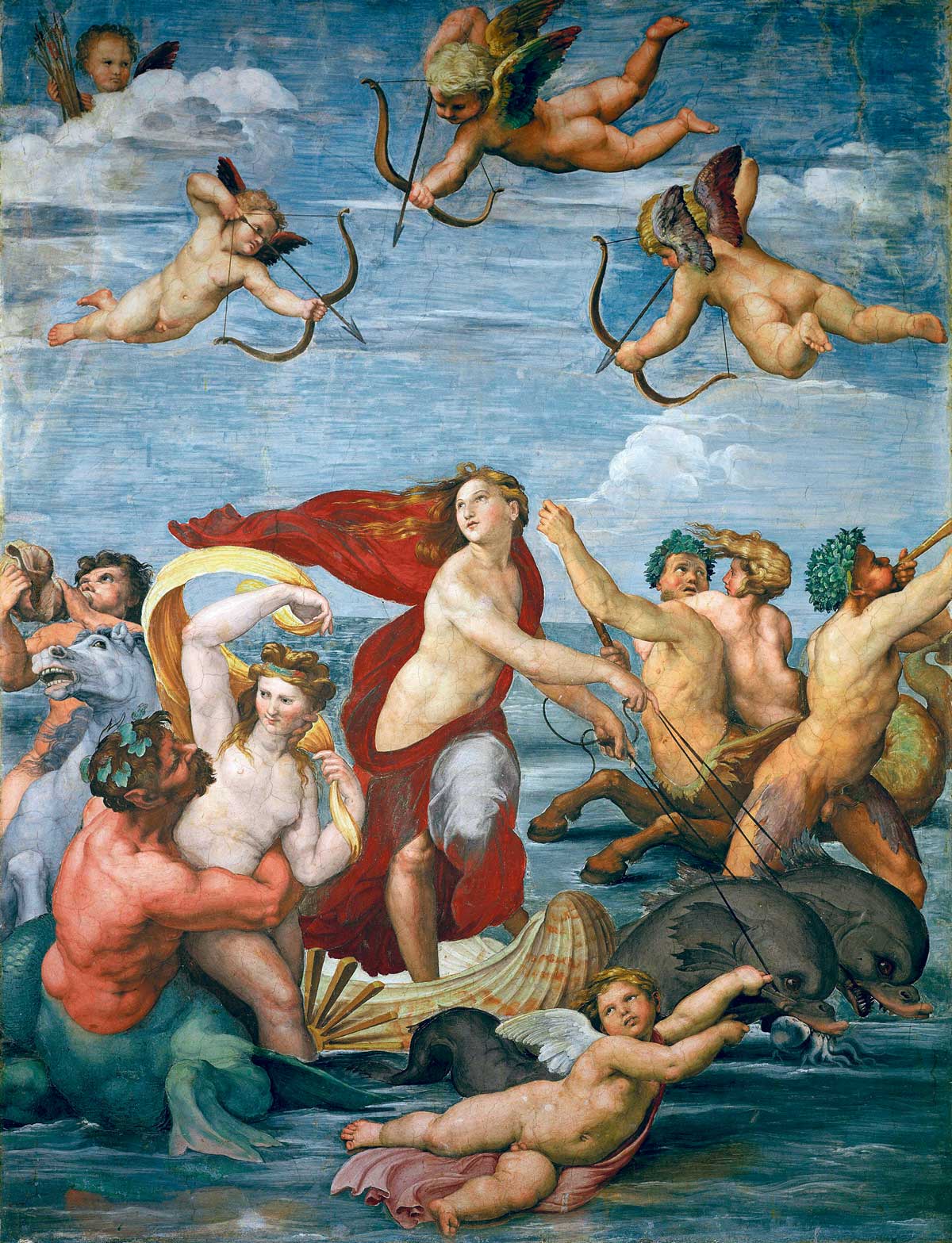 Ovid, in his Metamorphoses, tells the story of the mortal peasant shepherd, Acis, who falls in love with Galatea, a Nereid or water nymph, whose Greek name translates as ‘she who is milk white’. The jealous Cyclops, Polyphemus, bludgeoned Acis with a boulder and, in response, a distraught Galatea transformed him into the Sicilian river that bears his name. Their tale has inspired numerous works of art, including Handel’s pastoral opera of 1718, Acis and Galatea, with a libretto by John Gay, and paintings by Lorrain and Poussin.

Raphael’s Triumph of Galatea, a fresco created around 1512 for the Villa Farnesina in Rome, depicts a scene later in the Nereid’s life, when Galatea stands triumphant in a shell chariot pulled along by dolphins. To the left, a Triton, half-man and half-fish, abducts a sea nymph, while another sounds a shell trumpet. The work is inspired by La Giostra (‘the Carousel’), a work by the poet Poliziano, who was tutor to the Medici, the ruling family of Florence, and one of the great pan European intellectuals of the age. He had begun to write La Giostra in honour of Giuliano de’ Medici’s victory in a tournament in 1475. He abandoned it three years later, following the conspiracy by the Pazzi family, which attempted to oust the Medici as rulers of Florence, during which Giuliano was stabbed to death during High Mass in the city’s Duomo. Poliziano saved the life of Giuliano’s brother, Lorenzo, by locking him in the Cathedral’s sacristy.

Raphael’s fresco was commissioned for the Villa Farnesina by Agostino Chigi, a hugely wealthy Sienese banker, who was treasurer to Pope Julius II. He had the villa built in Rome’s Trastevere area by Baldassarre Peruzzi between 1506 and 1510. It was acquired in 1577 by the Farnese family, whose members included Pope Paul III and Elisabeth Farnese, who became Queen of Spain in the early 18th century. The building, whose principal attraction remains Raphael’s fresco, is open to the public.