Human suffering is at the heart of Michelangelo’s masterpiece. 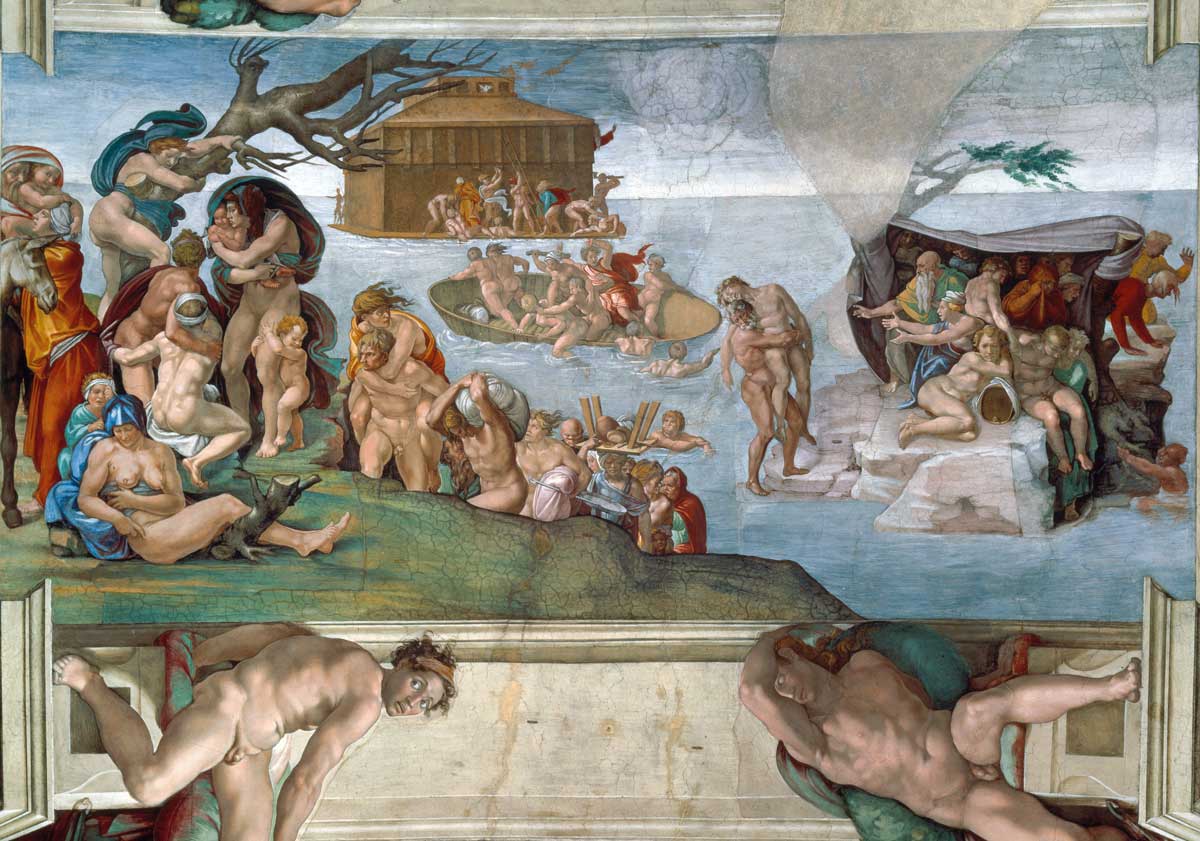 Noah was in his 600th year when, in its second month, ‘the windows of heaven were opened and rain fell for 40 days and 40 nights’. According to the Old Testament Book of Genesis, God, reflecting on man’s wickedness, ‘regretted ever having created him. He resolved to destroy everything and everyone except the righteous Noah, who led an exemplary life. God told him to build an ark and entered into a covenant with him.’

Noah, his wife and his sons gathered ‘every beast after its kind’, male and female ‘of all flesh’, and they entered the ark two by two. All the other ‘flesh that moved on the earth’ and all of humanity perished in the deluge.

Michelangelo’s depiction of the Flood, marked by its typically sculptural renderings of human form, is the eighth of nine scenes from Genesis commissioned in 1508 by Pope Julius II for the Vatican’s Sistine Chapel. The fresco is itself composed of four different dramas. In the foreground, naked, desperate figures ascend a windswept mountain as they flee the rising waters in vain hope of safety. Many are clutching not just clothes but the domestic items of an everyday life gone for good: stools, bread, pots, even a frying pan.

Behind them a boat capsizes as those within it fend off those seeking to scramble aboard in their struggle to survive. Others have taken refuge on a barren rock, on which a father carries his dead or dying son, a flimsy covering their only protection from the ravages of the storm. The father and son are the only figures known definitively to be by Michelangelo’s hand rather than those of his assistants.

In the distance is the ark, where, from its right, Noah, dressed in a scarlet robe, reaches out to point to the heavens looking for some sign that the suffering will soon be at an end.

What is perhaps most striking about Michelangelo’s account of the Flood is how the traditional focus of the ark story, that of Noah and the animals, is literally pushed to the background. All eyes are on the mass of humanity and their pitiless trial. It is as if the great Renaissance artist, buoyed by the new ideas of Humanism, is holding God to account for his actions. What did his patron, Julius, think? 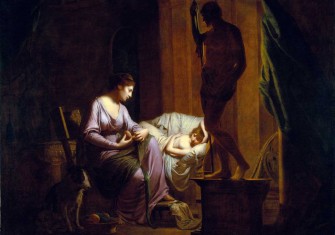 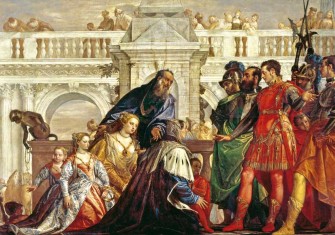 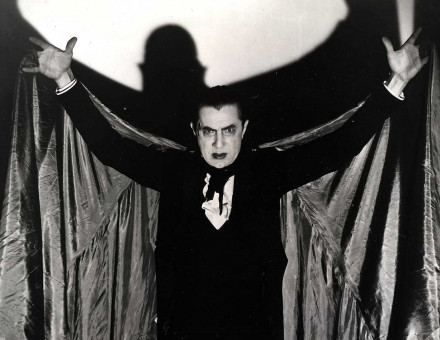 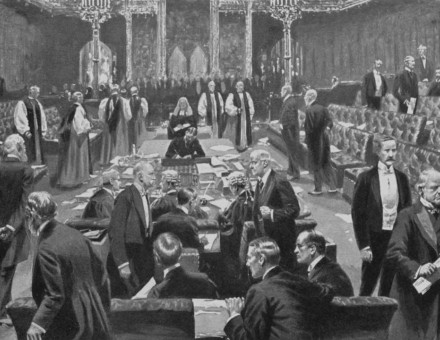 The King and the Constitutional Crisis of 1911