A Victorian homage to a Renaissance master became one of the world’s most reproduced images. 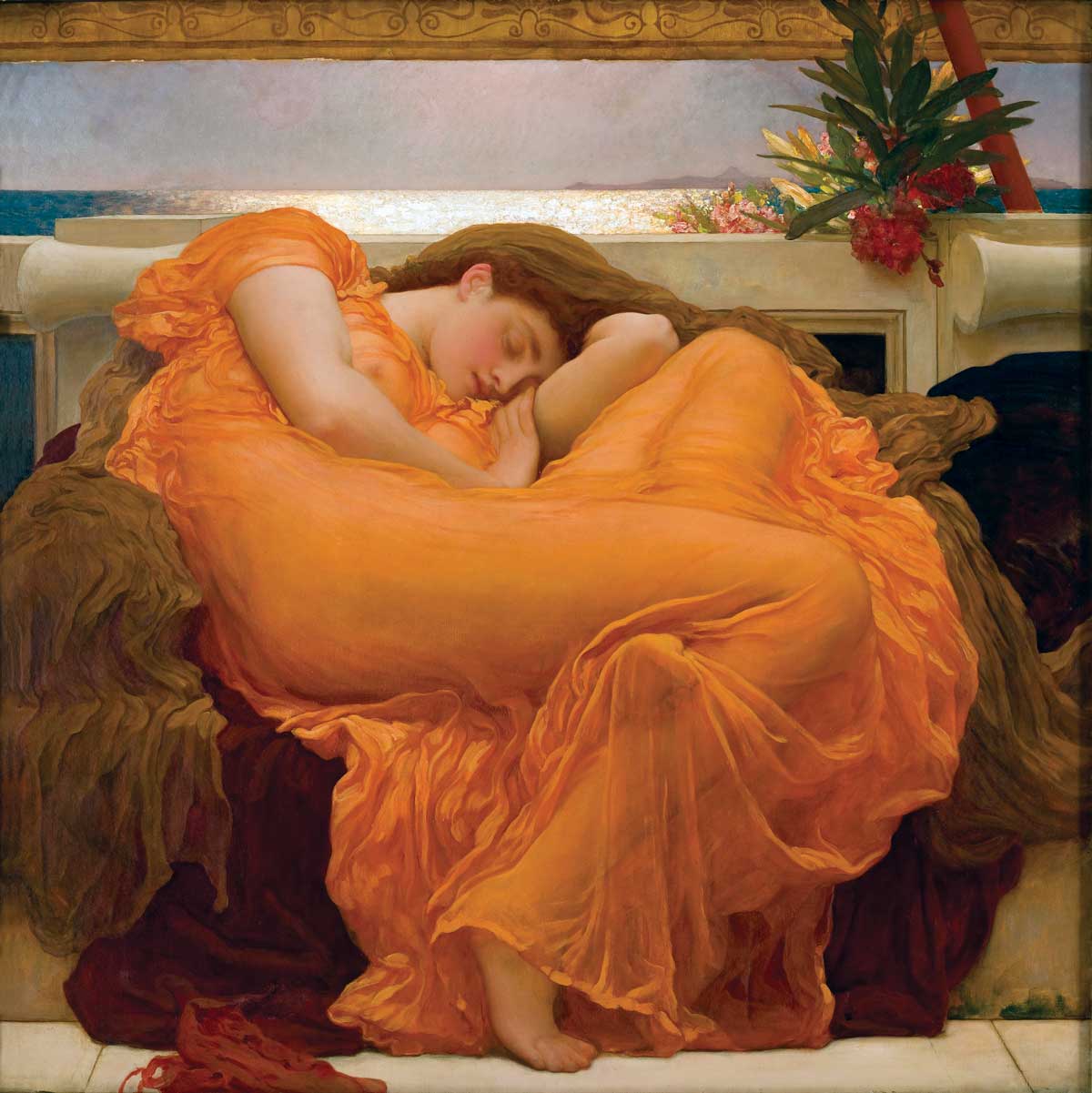 Frederic Leighton, President of the Royal Academy, was one of the most celebrated painters of the Victorian era when he painted his most famous work – and his swan song – Flaming June in 1895. It was a homage to Michelangelo’s statue, Night, created for the New Sacristy of the Basilica of San Lorenzo in Florence around 1530, which Leighton considered to be one of the greatest achievements in western civilisation.

While Michelangelo’s reposing figure is made of cool, solemn marble, Leighton’s is a rush of warm, carnal colour: the saffron gauze shift draped around the curled up, s-shaped body; the long auburn hair; the blush of the cheek that suggests the woman knows she is being watched and is only feigning slumber. The creases and contours are compressed in the centre, like a flower in full bloom in a vaguely classical, Mediterranean setting. The oleander in the top corner symbolises the proximity of sleep and death.

Flaming June was bought soon after the artist’s death in 1896 by the canny editor of the Graphic magazine, who offered postcards of it to his readers. They bought them in their thousands and it remains one of the most widely reproduced of all paintings.

Despite its popularity with the Victorian public, the works of Leighton fell out of fashion. When it was offered to major galleries for a song in the 1960s there were no takers until a Puerto Rican businessman, Luis A. Ferré, bought it for his new museum where the work that Samuel Courtauld called ‘the most wonderful painting in existence’ now resides. 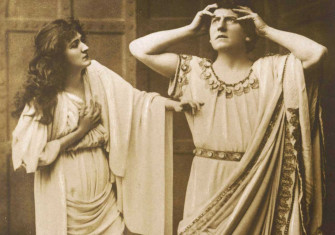 Are You Not Entertained? 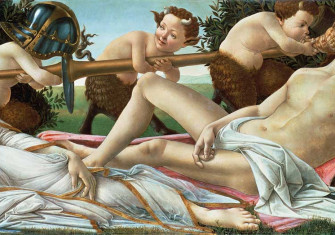