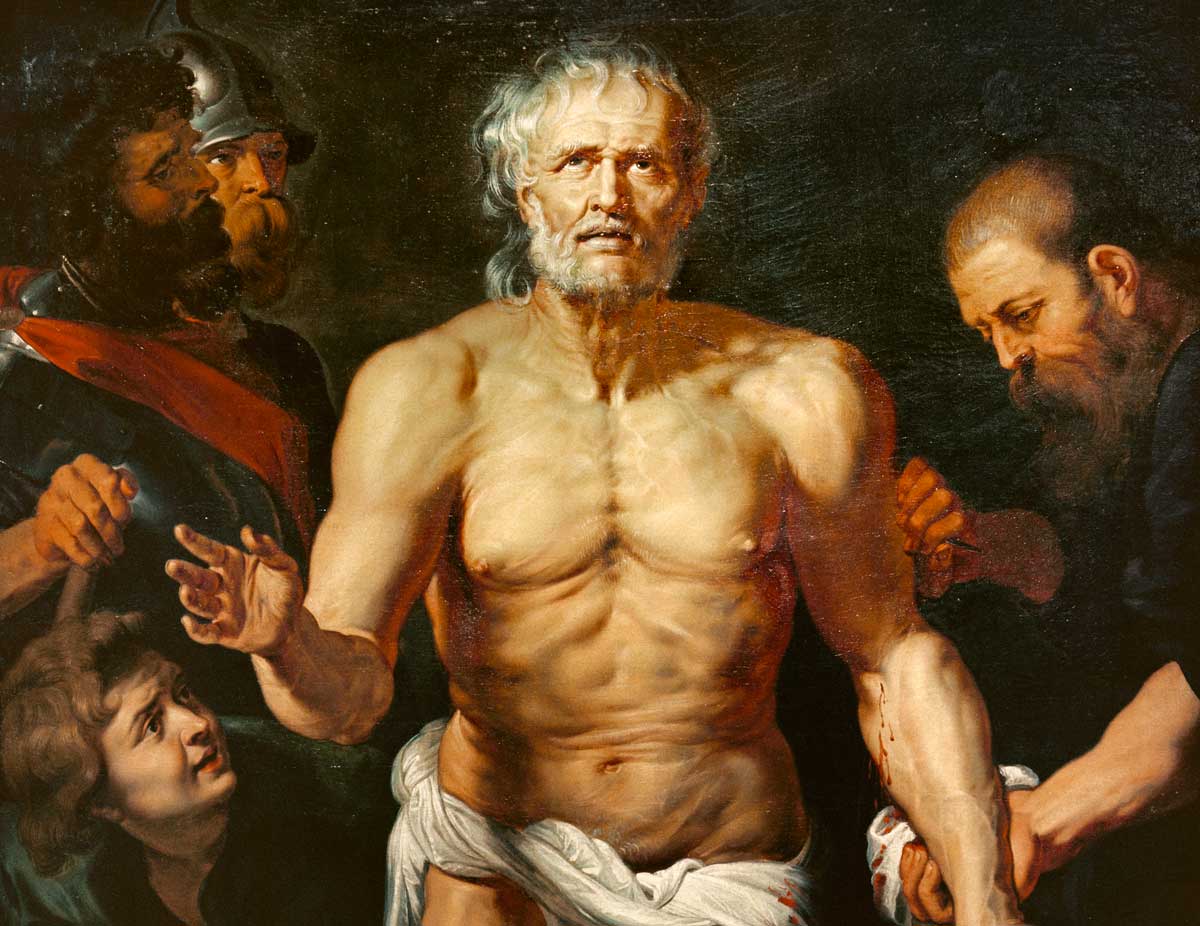 Lucius Annaeus Seneca, Roman philosopher, orator, politician and tutor to the Emperor Nero, stands in a bowl of warm water, preparing for death. Though retired from public life, the Spanish-born ‘Roman Socrates’ had been implicated in the Pisonian Conspiracy of AD 65 against his former pupil. As befits a senior Roman figure, he had been ‘invited’ to take his own life. The veins of his arms, wrists and legs were opened and he stepped into the warm water, eventually bleeding to death.

It is a dramatic episode, recounted by Tacitus in his Annals. There is, however, far more to Rubens’ widely imitated masterpiece of 1614 than meets the eye: the origins of this visual image of Seneca’s suicide trace a tortuous path.

In the 16th century a classical marble statue was unearthed in Rome, which is now on display in the Louvre. Carved from shimmering black stone, it appeared to show an elderly man, grimacing with pain, the veins of his limbs bulging. It was claimed straight away that this was an image of the dying Seneca, the name by which the work came to be known. Rubens was among the many who were dazzled by it and it inspired him to paint his own version of the scene.

Seneca was a figure who transcended the shift from pagan to Christian Europe. He appeared, always somewhat heroically, in the works of the great writers of medieval Europe – Dante, Chaucer, Petrarch – and later influenced the school of neostoic philosophers, among whom Justius Lipsus was an influential figure. This Flemish philologist and humanist, who was a friend of Rubens, sought to make the ancient teachings of the Stoics, of whom Seneca was the most famous, compatible with Christian teachings. De Constantia (On Constancy), published in 1583, is perhaps his most influential and celebrated work.

The influence of Lipsus on Rubens’ composition becomes obvious. On Seneca’s left, a physician severs the Stoic’s arteries with a scalpel. This is not how Tacitus described the scene. In the Annals, the Roman historian claims that a physician had prepared poison for Seneca. But, given that in a Christian society in the 17th century suicide was a mortal sin, Seneca’s fate is massaged. It is another hand that takes his life – and so this proto-Christian hero may yet be saved from eternal damnation. The young man to Seneca’s right records his last words, as two soldiers in the background ensure the deed is done.

The identity of the classical sculpture that inspired The Death of Seneca was soon called into question. Doubts were raised in the 1760s by the German J.J. Winckelmann, a key figure in the development of art history, who thought the sculpture might depict a comic figure of the Roman theatre. Nowadays, it is often referred to as the Old Fisherman, a figure believed to be wading through water, hence the absence of legs below the calves: the ‘bowl’ was simply a Renaissance addition. Such is the convoluted course of artistic inspiration and the contingency of historical fact. 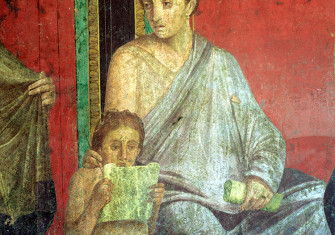 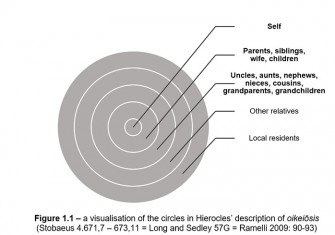