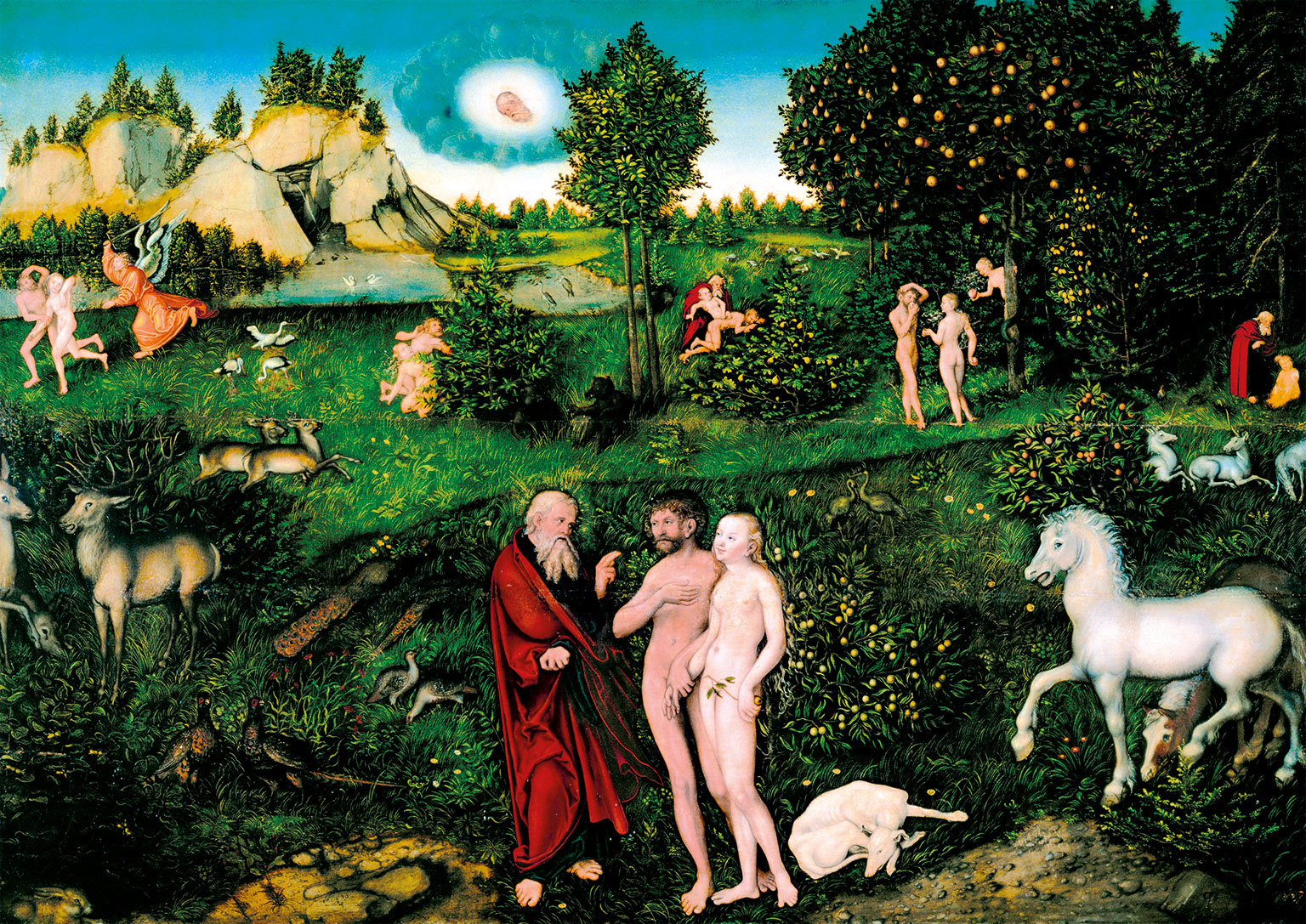 Paradise, by Lucas Cranach the Elder, 1530, now in the Kunsthistorisches Museum, Vienna.

The fall of man and the concept of Original Sin.

Adam and Eve, the first man and woman, converse in the foreground with their creator, God. Elsewhere in this cinematic painting by the German Renaissance artist, Lucas Cranach the Elder, we see the key events of their story, which is told in just seven verses of Genesis, the first book of the Bible. In the middle, slightly to the right, God creates Eve from Adam’s spare rib. To the right, Eve is tempted by the forbidden fruit, urged on by the devil – who traditionally adopts the form of a serpent – who claims that they, too, can be gods when they discover good and evil. Despite God’s warnings of its perils as the source of knowledge and shame, they indulge their curiosity. To the left of centre, having, of their own free will,  realised the end of their paradisical innocence, they seek to cover their nakedness. Finally, in the far left of the picture, they are chased out of Paradise, their fall complete. Mankind will live forever with the consequences of their actions, justifying the importance of Christian redemption: ‘As in Adam all die, so in Christ all will be made alive.’

The philosophical ideas behind the concept of Original Sin were explored in detail by St Augustine, developing the seminal thinking of St Paul, who saw Original Sin as a concept of radical equality; that no one speaks from a position of strength. All are flawed and when mankind seeks perfection, it is setting itself up, literally, for a fall.

Though fundamental to Christianity, the concept survived the Enlightenment, despite Jean-Jacques Rousseau’s argument that man was born innocent. The rationalist philosopher Immanuel Kant, for example, wrote of the ‘crooked timber of humanity’. Two centuries later, Sigmund Freud offered a secular version of Original Sin, tracing the  dark forces that lurk within the subconscious. Original Sin is a tenacious idea.