First General of the Jesuits

Saint Ignatius of Loyola became General of the Society of Jesus on April 19th, 1541. 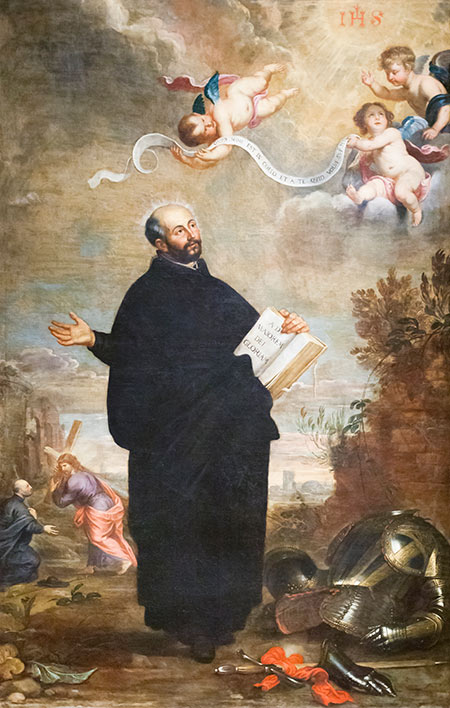 Saint Ignatius of Loyola began his career as an ambitious army officer with, as he recalled, ‘a great and vain desire to win renown’. In time he would become a general, but of a religious order rather than in the army. The youngest son of an upper-crust Spanish Basque family, whose mother died soon after giving birth to him, he grew up to be less than 5ft 2in tall and a formidable character. Joining the army at about 29 in 1521, he was so severely wounded in battle against the French that his life was despaired of. While recovering, he read a book on the saints, which portrayed them as examples of sacred chivalry.

The idea made a profound impression on him and he went to Montserrat and hung up his sword and dagger in homage to the famed statue there of the Black Madonna and as symbols of his resolve to change his life. He spent many years training for the priesthood and travelling and began to write an influential book, his Spiritual Exercises. He was ordained a priest in Venice in 1537, where he saw a vision of God the Father and Jesus Christ. By this time he had attracted followers and with them he founded a religious order, the Society of Jesus. He won the approval of Pope Paul III in 1540 and his fellow members duly chose him as their General.

Ignatius created a disciplined military-style, male-only body that swore obedience to the pope and played a major role in the Counter-Reformation against Protestantism. It concentrated on world-wide missionary work and teaching the young and Ignatius made his comment: ‘Give me a boy aged seven and he will be mine for ever.’ He died of fever in Rome in 1556, aged about 64, and was canonised in 1622. The Jesuits have had their staunch defenders and their fierce opponents ever since.