The Impeachment of Andrew Johnson, Part One

Henry I. Kurtz describes how the generous policies of Lincoln’s successor towards the former Confederates led to impeachment proceedings against him in 1868. 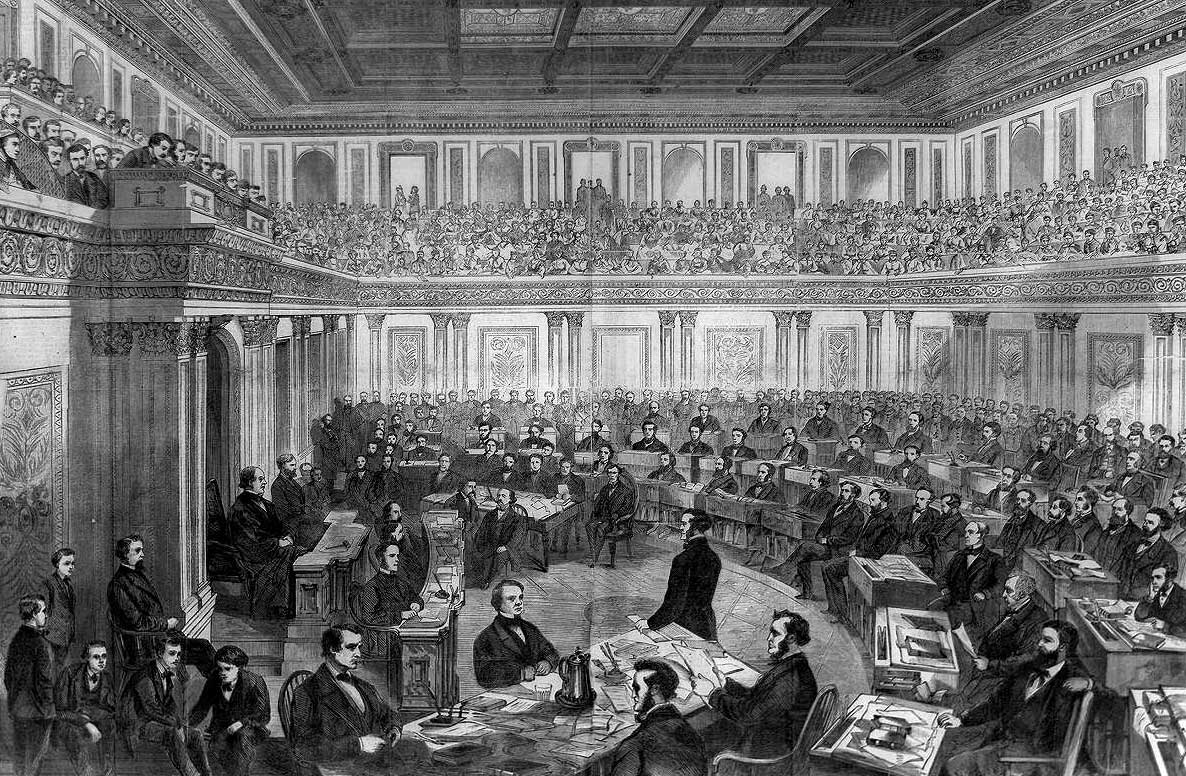 The chain of events that led to Johnson’s impeachment began shortly after he took the oath of office on the morning of April 15th, 1865 – a few hours after Abraham Lincoln died from an assassin’s bullet. Andrew Johnson was in many ways a remarkable individual. In appearance, he was a robust, stern-looking man of medium height, with dark features, deep-set eyes, and a large head crowned by a mass of black hair. Charles Dickens saw in Johnson’s face ‘courage, watchfulness, and certainly strength of purpose’; but he was also struck by its grimness and lack of ‘genial sunlight’.

Born into a poor North Carolina family in 1808, Andrew Johnson never attended school. He learned to read on his own, and later received additional instruction in reading and writing from his wife Eliza McCardle, whom he married when he was nineteen. Johnson began his adult working career as a tailor in Greeneville, Tennessee, but soon went into politics. His ascent of the political ladder was rapid. Elected to the Tennessee state legislature in 1835, he went on to become a member of the U.S. House of Representatives, Governor of his state, and, in 1857, a United States Senator. 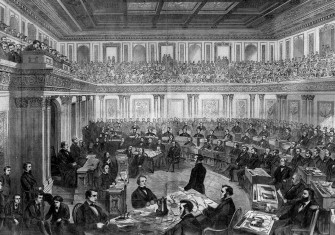