Steve Morewood investigates Anthony Eden’s frenetic diplomatic efforts to forge a Balkan front to save Greece from Nazi Germany and the controversies that resulted from his failed mission. 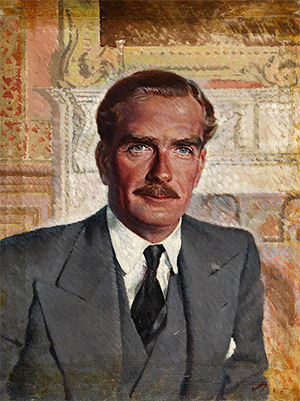 Anthony's Eden's rise and fall is framed by resignation: in February 1938 over the appeasement of Mussolini and in January 1957 after the Suez debacle. In between he almost tendered his resignation twice, on the first occasion during his second stint as foreign secretary over the Eden-Dill Mission, a futile diplomatic and military intervention that attempted to save Greece from Axis occupation. The mission, taking in Cairo, Athens, Ankara, Nicosia, Belgrade and Florina, was the longest tour embarked upon by Eden (February 12th-April 7th, 1941) but oddly it does not loom large in the historiography. Yet its importance led him to devote three chapters of his memoirs to the subject. In his official biography of the politician, D.R.Thorpe describes it as 'one of the most controversial episodes in Eden's entire career'.