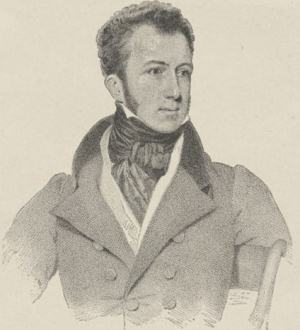 Starting life as an unscrupulous scoundrel, Edward Wakefield turned into an admirable figure in the history of Australia and New Zealand. Born to an English Quaker family in 1796, he was expelled from three boarding schools in succession for fighting and misbehaviour, but at 18 he got a job as secretary to a British diplomat in London. Across the street lived a Mrs Pattle, a rich widow with a 17-year-old daughter, Eliza. Wakefield saw his opportunity, made surreptitious advances to Eliza and ran away with her to Edinburgh, where they were married. The situation was resentfully accepted and Wakefield acquired an income of £600 a year from the Pattle family (around £45,000 today), with substantially more to come when Eliza reached 21. Sadly, however, poor Eliza died in 1820, still only 20, when giving birth to their second child.

Wakefield continued working for diplomats, but he still wanted a fortune and in 1826 he kidnapped a 15-year-old heiress called Ellen Turner from her boarding school and carried her off to Gretna Green where he tricked her into marrying him. Her family caused a tremendous row, Wakefield was arrested, the marriage was annulled and he was sent to prison.
Deprived of available heiresses, Wakefield started writing intelligent articles and books about Australia, notably his A Letter from Sydney (he had never been anywhere nearer there than the Italian city of Turin), which appeared in 1829. Wakefield maintained that sending convicts to Australia should cease and a worthwhile colony be created by transporting respectable people there free, giving them good wages and allowing them to buy crown land after a few years at a price that would pay for their emigration. There would be equal numbers of men and women in a broad mixture of social classes. The development of capitalism should be encouraged and self-government would eventually follow.

On his release from prison in 1830 Wakefield founded the National Colonisation Society, which attracted a distinguished membership including John Stuart Mill. His ideas gained ground and in 1837 he helped to establish the New Zealand Association to promote colonisation and self-government there, while in the 1840s he spent time working with the authorities in Canada.

Wakefield had a short temper and little patience with opposition of any kind, but his ideas made sense and attracted strong support. In 1853 he arrived in New Zealand to settle there himself, but he was felled by heart trouble the following year. He lingered on until his death in Wellington at the age of 66. His obituary in the Daily Telegraph said that ‘administrative and constructive reform’ in the British Empire ‘can scarcely be traced to the single hand of any other man’.