Exiled in London in June 1940, with France on the brink of defeat, Charles de Gaulle broadcast a speech that was to create an enduring bond between him and his country, writes Jonathan Fenby. 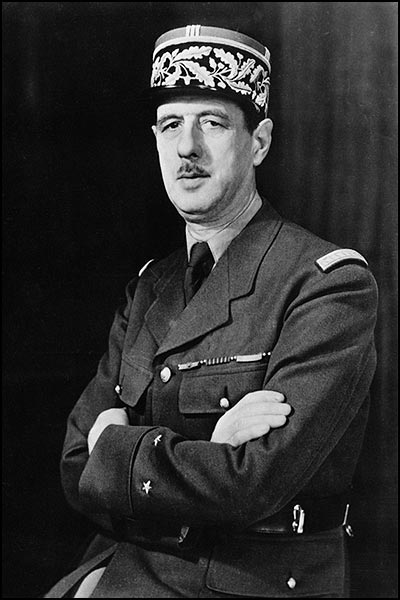 The morning of June 18th, 1940 was a moment of intense concentration for both Winston Churchill and Charles de Gaulle. In Whitehall, the prime minister was putting the final touches to his great ‘Blood, Sweat and Tears’ speech given to the Commons later that day. Across central London, in a small flat off Park Lane lent to him by a French officer, the two-star general, who had flown out of France the previous day as its government sought an armistice with the advancing German troops, scrawled the text of a broadcast address calling on the French people not to abandon the struggle against the Nazi invaders.