The ‘British Empire’ was the name given by imperialists in the late 19th century to Britain’s territorial possessions. It was meant to create an image of unity and strength. But such a view is illusory, argues Bernard Porter. 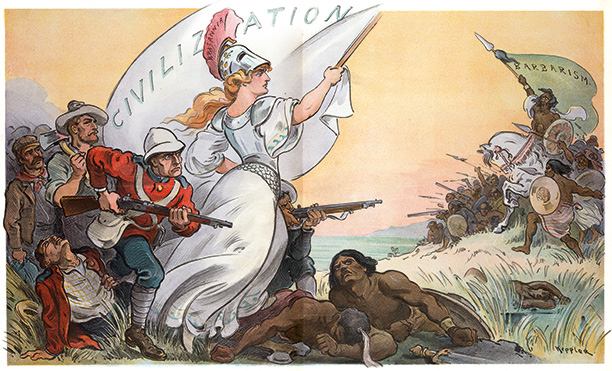 With the British Empire finally dead and buried – give or take a Falkland or two – now may be a good time to pause and try to take stock of what it was while it still had breath in it. This won’t be easy. For a start, it may be too early. Historical judgements take a while to bed down. Even then they are subject to revision by successive generations, influenced by new discoveries and their own historical environments. Subjects like imperialism are complex and can be approached from many different angles. In the case of the British Empire the problem is exacerbated by the fact that its death is still too recent to be looked on dispassionately and its legacy too present to be ignored.