On the Crest of a Wave

Colin Greenstreet describes a new collaboration to transcribe and enhance 17th-century records of the High Court of Admiralty. 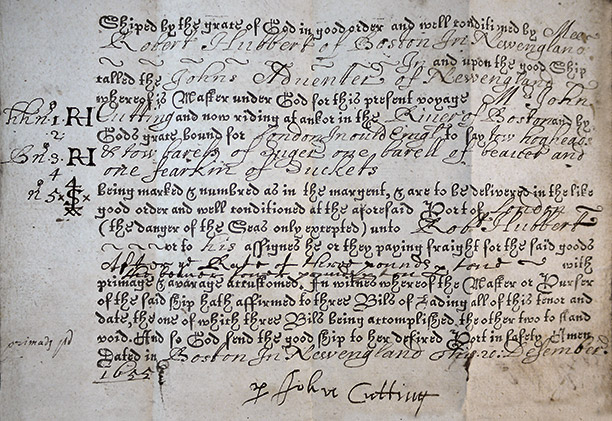 The Deptford mariner Robert Mill was 32 years old when he appeared before the High Court of Admiralty in London on October 3rd, 1653. Captain Mill was giving evidence of a strenuous chase and skirmish off the English coast between Beachy Head and the Isle of Wight. He was indignant at the duplicity of his foe, the master of the Golden Starr, who had hauled down his Dutch colours and replaced them with the colours of the Commonwealth. Personal insult was added to injury and a sea fight broke out, which concluded four hours later with the arrival of a second Commonwealth ship, the Water Hound, and the boarding and subduing of the Golden Starr: