Barack Obama’s admiration for the progressive Republicanism of Theodore Roosevelt ignores the true nature of both early 20th-century America and the president who embodied it, argues Tim Stanley. 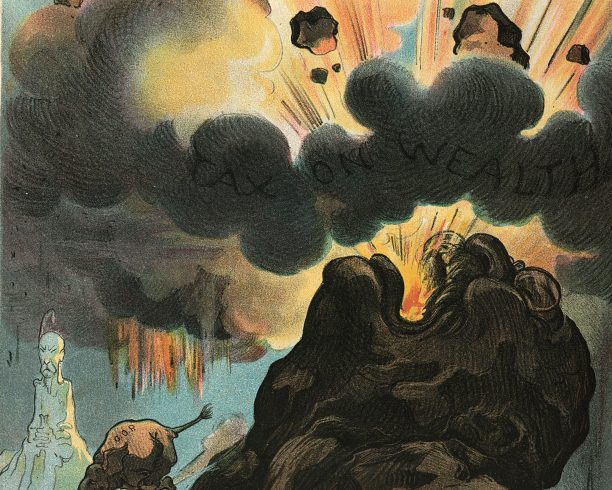 Barack Obama has started his fight for a second term as President of the United States. Part of his strategy is to paint the contemporary Republican Party as an extremist departure from its historical roots. In December 2011 he gave a speech in which he allied himself with the older, gentler Republican tradition of Progressivism – the political movement that dominated America in the early 20th century. Obama invoked the memory of President Theodore ‘Teddy’ Roosevelt (‘the Republican son of a wealthy family’) who believed that: ‘Our country means nothing unless it means the triumph of a real democracy … of an economic system under which each man shall be guaranteed the opportunity to show the best that there is in him.’

At first glance Teddy Roosevelt (1858-1919) is a brilliant weapon to use against the Republicans because his track record as a social reformer reflects poorly on his party’s recent drift to the right. As president from 1901 to 1909 Roosevelt curbed the power of big corporations and signed legislation that improved the quality of food and medicine. Moreover the progressive label ascribed to Roosevelt is an attractive one for Obama to adopt (or at least it is better than the socialist tag he is so often given). ‘Progressive’ conjures up images of privileged but benign reformers motivated more by noblesse oblige than class warfare.

But Obama’s appropriation of Roosevelt’s record repeats a classic politician’s mistake of trying to fit the past to suit the present. This effort invariably distorts both.Roosevelt’s policies were motivated by Victorian prejudices that we would find uncomfortable today. He saw life as a struggle between the courageous and the weak – different personality types that he often categorised by race. White people of European descent were like gods; the rest were lesser breeds without the law. Roosevelt once said of Native Americans: ‘I don’t go so far as to think that the only good Indians are dead Indians, but I believe nine out of ten are, and I shouldn’t like to inquire too closely into the case of the tenth.’ To him Native Americans were a degenerate impediment to settlement of the American West; they deserved their near-extinction. So too did whites who threatened the prosperity of their race. Roosevelt wrote in 1914: ‘Criminals should be sterilized and feeble-minded persons forbidden to leave offspring behind them.’

Roosevelt argued that government should reflect what he defined as the twin characteristics of the ‘white genius’: compassion and virility. Where Obama has expanded federal power in order to reform society, Roosevelt saw big government as an end in itself. After he left office he said: ‘I believe in power … The biggest [presidential] matters I managed without consultation with anyone, for when a matter is of capital importance, it is well to have it handled by one man only … I don’t think that any harm comes from the concentration of power in one man’s hands.’

Roosevelt personified his power-hungry ideology. In March 1909 he turned a safari in East Africa into a gruesome massacre. Roosevelt and his party killed or trapped more than 11,397 animals, from insects to elephants. They slaughtered 512 big game beasts, including six rare white rhinos. His self-conscious bravado sometimes transformed him into a superman. In 1912 he launched a third run for the presidency on a progressive ‘Bull Moose’ party ticket. During a tour of Wisconsin he was shot in the chest by an assassin. As he was not coughing up blood Roosevelt deduced that the bullet had not punctured a lung and so carried on speaking. ‘Ladies and gentlemen,’ he said, ‘I don’t know whether you fully understand that I have just been shot; but it takes more than that to kill a Bull Moose!’ Ninety minutes later he concluded his talk and strolled to the nearest hospital.

While Roosevelt only represented one dimension of the progressive movement he certainly embodied his generation’s thirst for power and its contempt for other races. Therefore Obama’s embrace of Roosevelt’s checquered legacy represents more an awkward electoral gambit than the rejuvenation of a once triumphant political creed. Whether or not his gamble will pay off remains to be seen.