Give Me That Old Time Religion

Modern paganism is an invented tradition, says Tim Stanley. So why is the Church of England offering it a helping hand? 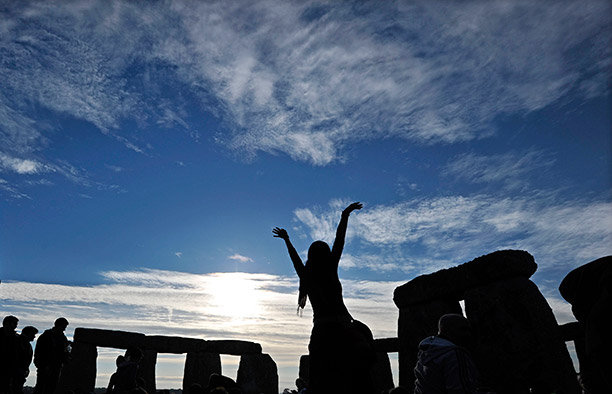 The Church of England has announced that it is creating an outreach programme for pagans, training ministers to build ‘a pagan church where Christianity [is] very much in the centre’. It is another nail in the coffin for the poor old established Church, whose leaders have become so desperate to appear inclusive that they will even embrace heretics. When they throw a bring-and-buy sale with satanists in St Paul’s Cathedral, they will have finally crossed the Rubicon.

The story begs a question: ‘Who are these pagans that the Church wants to talk to?’ The answer is that they are barely pagans at all, or at least not historically authentic ones. It might seem odd to first bash the Anglicans for talking to witches and then bash the witches for not being quite witchy enough, but it has always irked me that some people claim to represent an ancient faith tradition when really they do not.

Genuine pre-Christian paganism was a largely oral culture that left very little in the way of records; it was essentially wiped from these islands by foreign invasion. Of course we can identify some of the pagan past in existing Christian tradition, which co-opted feast days and holy sites. Otherwise, what we know about it comes in the form of archaeological discoveries, accounts written by Christian authors and collective memory buried in folklore. The synchronism of pagan and Christian tradition produced some wonderful art. In the poem The Dream of the Rood (possibly composed in the eighth century) the author contemplates the Crucifixion by conversing with the cross, a felled tree that literally feels Christ’s pain. It is a classic example of pagan anthropomorphism, identifying the divine in nature.

Little of the pagan religion lived on after Christianisation, except in the form of family or community practices. These traditions varied from place to place and were highly personalised; it is wrong to think of them as representing an ongoing, unified culture. At the turn of the last century, the folklorist Edward Lovett (1852-1933) filled his house with amulets and charms that he collected from Londoners, many of which were used to ward off evil spirits or hexes. The owners saw no contradiction between small acts of magic and regular church attendance; they were as instinctive and uncontroversial as avoiding black cats or not walking under a ladder. More disturbingly, in 1962 parishioners at Castle Riding in Norfolk found a thorn-studded sheep’s heart nailed to their church door. It is hard to know what this represented: a coven making its mark or simply an act of pathology.

Either way, this ragtag of superstitions does not add up to the organised pagan movement that we have today. That is because it was largely invented in the 20th century. The L. Ron Hubbard of British paganism was Gerald Gardner (1884-1964), a civil servant who travelled the Empire and developed a taste for exotic lands and beliefs. He returned to England in the 1930s and, through an occult group, claimed to have made contact with a genuine coven in the New Forest. He only ever described one of their rituals in full (a ceremony to stop a German invasion of England, which, I suppose, met with some success) but went on to write several volumes detailing the beliefs and practices of what he claimed was an ancient tradition.

Many people became hooked on what Gardner called Wicca, although they soon discovered that its pope was autocratic and eccentric: trying to convince readers that fairies were in fact a race of secretive pygmies did the movement little good. Much of Wicca was made up, while the rest was a mix of nudism and freemasonry. Gardner may sincerely have worshipped nature, but the rituals and laws of his religion were a very human creation.

In the last few decades Wicca has mixed with New Age philosophy, feminism and environmentalism to create something with a worldview far deeper and worthy of respect than simply carrying a charm or nailing a heart to a wall. Nevertheless, its claim to represent real England – that is England before its spiritual identity was crushed by the Christians – is a nonsense. It is only a little older than Milton Keynes.