In recent decades few fields of historical inquiry have produced as rich a body of work as the British Civil Wars. Sarah Mortimer offers a guide to the latest scholarship. 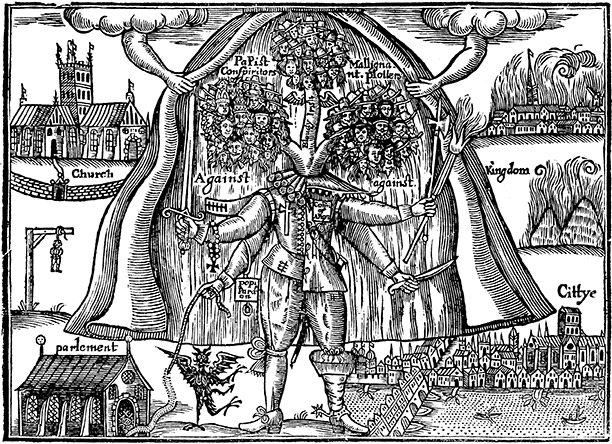 Between 1639 and 1651 the British were at war with each other in a bloody conflict that claimed the lives of about 200,000 people. Contemporaries recognised this as a civil war, in which families were divided and citizens took up arms against each other. But it ended with defeat for the monarch, Charles I,  and his execution in 1649, an outcome that quickly became seen as a ‘Revolution’.

But revolution is a very un-English activity and in the 1980s ‘revisionist’ historians doubted whether England ever really had one. Instead they argued that the English Civil War of the 1640s was something of an accident. Charles I’s realm was beset with structural problems (including a rickety financial system and three quite different kingdoms) that would have taxed even the most astute politician. And Charles was far from being that: his blend of self-righteousness and inability to compromise left England vulnerable to the sparks of rebellion. That spark came from Scotland, which in 1639 rose up against Charles’ heavy handed religious policies. Two years later the Irish rebelled; the changing situation in Britain had brought the latent religious and ethnic pressures there to boiling point. The English Civil War was, therefore, part of the Wars of the Three Kingdoms, with England the last to take up arms against its king. This interpretation was set out in Conrad Russell’s The Causes of the English Civil War (Clarendon Press,1990), but two decades later the picture no longer seems so clear and historians have begun to wonder whether England was quite so unrevolutionary as the revisionists suggested.

Russell saw the causes as primarily structural and personal, but others looked instead to divisions over principle, in particular the power of the monarchy and the direction of the Church. The importance of political and religious tensions was stressed in a collection of essays edited by Richard Cust and Anne Hughes entitled, significantly, Conflict in Early Stuart England (Longman, 1989). Meanwhile John Morrill characterised the Civil Wars as England’s ‘Wars of Religion’ (in The Nature of the English Revolution: Studies in Religion and Politics, 1603-42, Longman ,1993) and since then the religious dimension to the Civil Wars has become widely accepted.

Piecing together the motives and ideals of the participants is not always easy, especially in the case of the major players. But the period saw a massive outpouring of pamphlet literature produced after 1640, a new ‘public sphere’ that reveals how people saw the conflict. Much of this material is now online and easily accessible to scholars, who have mined it for new perspectives. The pamphlets show that even ordinary people feared a Catholic plot to take over England, as the parliamentarians claimed, or a descent into anarchy and they took up arms accordingly. Indeed since the late 1990s the relationship between print and politics has become a vibrant field of study – as shown, for example, by Jason Peacey’s book, Politicians and Pamphleteers: Propaganda During the English Civil Wars and the Interregnum (Ashgate, 2004).

Although some historians have focused on popular pamphlets and the more ‘democratic’ public sphere others have returned the nobility to the centre of the stage and challenged our easy assumptions about the ‘modernity’ of the parliamentarian cause. John Adamson’s The Noble Revolt: The Overthrow of Charles I (2007: new ed. Phoenix, 2009) described the campaign of a tightly-knit group of nobles to bring down Charles’ government and erect their own aristocratic ‘commonwealth’. Moreover Adamson’s story is resolutely Anglocentric; no longer are the English at the mercy of events in Scotland and Ireland, but senior partners in a complex relationship.

It is still the parliamentarians who receive the most scholarly attention, although interest in the ‘wromantic but wrong’ royalists is gradually building – especially its elite, aristocratic leaders. Lucy Worsley’s Cavalier: A Tale of Chivalry, Passion and Great Houses (Faber, 2008) brought to life the world of the king’s commander in the north, William Cavendish, later Duke of Newcastle. But there was more to royalism than romantic nostalgia, as historians are coming to recognise. In Jason McElligott and David L. Smith (ed.), Royalists and Royalism During the English Civil Wars (Cambridge University Press, 2007) many of the royalists come across as hard-headed and forward-looking – a welcome corrective to the common caricature.

Yet it was the parliamentarians who won the decisive battles and the civil wars remain a vibrant field for military historians. Malcolm Wanklyn’s Warrior Generals: Winning the British Civil Wars (Yale University Press, 2010) provides an excellent account of the war itself; while Barbara Donagan’s War in England 1642–1649 (Oxford University Press, 2007) shows what life was like for the ordinary combatants. The most famous group of Civil War soldiers was the New Model Army, a military machine that came to play a crucial political role in the later 1640s. The passionate debates among soldiers and officers in these heady days echo down the centuries and Michael Mendle (ed.) The Putney Debates of 1647: the Army, Levellers and English State (Cambridge University Press, 2001) shows why they matter so much.

After the New Model Army defeated Charles a second time in 1648 calls for his execution grew louder. At first the regicide seemed an aberration from the essentially moderate parliamentarian cause. But, with the discovery of greater tension in the early Stuart period, this has changed. Nevertheless the regicide was not an inevitable outcome of army radicalisation and royalist defeat. Only after the trial had proved that Charles would not negotiate was his fate sealed. This, at least, is the controversial argument advanced by Sean Kelsey in Jason Peacey (ed.), The Regicides and the Execution of Charles I (Macmillan, 2001).

Our understanding of all these issues will certainly change with the publication of the 1640-60 volumes of the History of Parliament. This huge collection of parliamentary biographies and analysis will shed light on how political allegiances and groupings worked during the civil war period and how Parliament used the levers of power to create England’s first recognisably modern state.

The old certainties surrounding the Civil Wars may be crumbling, but as yet there is no new orthodoxy. Passions and principles are back in fashion, but it has become impossible to describe the period in terms of any single dominant idea, or to see history as ‘on the side’ of any particular group. After all, in the end both Parliament and the monarchy survived and have been celebrated in this Jubilee year.

Sarah Mortimer is the author of Reason and Religion in the English Revolution: The Challenge of Socinianism (Cambridge, 2010).