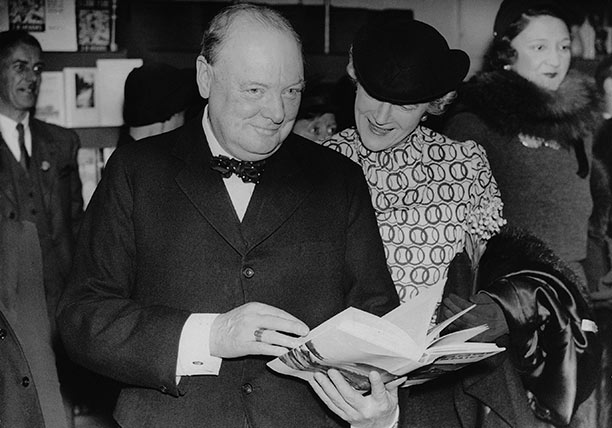 In the 21st century Winston Churchill has largely passed out of the era of personal memory, yet he continues to attract a growing historiography. After his death, the eight-volume official biography, started by his son, Randolph Churchill and finished by Martin Gilbert, was informative but rarely critical. By contrast, Robert Rhodes James, in Churchill: A Study in Failure 1900-1939 (1970), was much less reverential about his earlier career. Subsequently other historians, such as John Charmley, in Churchill: The End of Glory (1993), extended the critique to Churchill’s post-1939 career. By the start of the new millennium, however, the era of revisionary criticism had largely passed. Roy Jenkins, in his well-crafted and popular biography, Churchill (2001), concluded that he was the greatest British statesman of modern times. In the same year appeared Geoffrey Best’s Churchill: A Study in Greatness, while John Lukacs was even more laudatory in Churchill: Visionary. Statesman. Historian (2002). As Lukacs noted, only one of the 15 contributors to a 2001 conference – later edited by David Cannadine and Roland Quinault as Winston Churchill in the Twenty-First Century (2004) – was strongly critical of him. But praise for Churchill was seldom unreserved. Richard Holmes’ In the Footsteps of Churchill (2005) stressed his egotistical personality, while Paul Addison, in a good short study, Churchill: The Unexpected Hero (2005), pointed out that the cult of Winston was both belated and unexpected.

Churchill’s association with war has, unsurprisingly, continued to attract much attention. Carlo D’Este adopted a long perspective in Warlord: A Life of Winston Churchill at War 1874-1945 (2008), but most studies have focused on his leadership role during the Second World War. Hitler and Churchill: Secrets of Leadership (2003) by Andrew Roberts was followed by Martin Gilbert’s study of Winston Churchill’s War Leadership (2004). His skills as leader are especially admired in the United States, not least by the private sector: witness Alan Axelrod’s Winston Churchill, CEO: 25 Lessons for Bold Business Leaders (2012). By contrast, Geoffrey Best, in Churchill and War (2005), criticised his rash and sometimes unethical military schemes. But, as Andrew Roberts pointed out in Masters and Commanders: How Roosevelt, Churchill, Marshall and Alanbrooke Won the War in the West (2008), Churchill never overruled his chiefs of staff and his wilder military schemes were ballons d’essai rather than definite proposals. Both Roberts and Max Hastings, in Finest Years: Churchill as Warlord 1940-1945 (2009), acknowledged that Churchill had learnt from the disaster at Gallipoli in 1915 and rightly delayed D-Day until 1944. They noted, however, that the pace and direction of the later phase of the war was largely determined by Stalin and Roosevelt.

A useful addition to our knowledge of Churchill’s domestic policy is Before the Wars: Churchill as Reformer 1910-1911 (2012) by Alan S. Baxendale, which deals with his reform of the penal system while home secretary. But most recent studies have focused on his international policies. John Ramsden, in Man of the Century: Winston Churchill and his Legend Since 1945 (2002), examined his association, sometimes controversial, with various countries, particularly the Dominions. Churchill’s relations with the Commonwealth and other countries have also received attention from David Dilkes in Churchill and Company: Allies and Rivals in War and Peace (2012). Richard Toye, in Churchill’s Empire: The World that Made Him and the World He Made (2010), concluded that he changed from being an imperial conciliator to being a diehard imperialist only to find that his liberal stance during the Second World War undermined Britain’s colonial empire. In Churchill and America (2005) Martin Gilbert provided a characteristically detailed chronology of what he described as Winston’s long love affair with the United States. Churchill was, however, often critical of aspects of American life and government policy. He spent, moreover, relatively little time in the US and most of his longer stays were money-raising lecture or journalism tours. Cita Stelzer, in Dinner with Churchill: Policy-Making at the Dinner Table (2011), examined the prominent role that food and drink played in oiling the wheels of his personal diplomacy, but she also showed that his alcohol consumption was often exaggerated, not least by himself.

Churchill’s writing of history has been the subject of two fine studies. In Command of History: Churchill Fighting and Writing the Second World War (2004) was a forensic study by David Reynolds of the gestation of Churchill’s six volume account, The Second World War. It revealed how much of that work was influenced by Churchill’s desire to vindicate his own actions and by postwar concerns and sensitivities. Even so, Reynolds exonerated Churchill from the charge of deliberate deception. Peter Clarke in Mr Churchill’s Profession: Statesman, Orator, Writer (2012) examined the genesis of Churchill’s big biography of his famous ancestor, the first Duke of Marlborough and his four-volume A History of the English-Speaking Peoples. Both he and Reynolds noted that Churchill’s need for money led him to over-commit himself to publications, sometimes with unfortunate results.

Churchill’s biography of Marlborough was also the subject of David Starkey’s television series The Churchills (2012), in which he explored the parallels between the two leaders. Marlborough, as the military leader of an international coalition against a dominant autocratic state, was certainly a role model for Winston during the Second World War. Starkey argued that Winston’s study of Marlborough helped him quickly to appreciate the Nazi menace. But the parallels that Winston himself noted related to the years culminating in the First World War, not to the Nazi era.

Winston’s family life has attracted books of very variable quality. The most valuable contribution was Speaking for Themselves: The Personal Letters of Winston and Clementine Churchill (1998), edited by Churchill’s youngest daughter, Mary Soames, who also produced her autobiography, A Daughter’s Tale (2011). Winston’s granddaughter, Celia Sandys, blended the past with the present in Chasing Churchill: Travels with Winston Churchill (2004). In The Churchills: A Family Portrait (2010) Celia and John Lee added a little new information about Winston’s relations with his brother and mother. She was the subject of Anna Sebba’s biography, Jennie Churchill: Winston Churchill’s American Mother (2008). Stefan Buczacki drew on his gardening expertise to write Churchill and Chartwell: the Untold Story of Churchill’s Houses and Gardens (2007).

Most of the principal sources relating to Churchill have now been made public, but his many books, innumerable speeches and enormous archive provide much scope for further research. It is becoming increasingly clear that Churchill was a much more complex character, both personally and politically, than has generally been realised. Thus, as Christopher Bell has observed in his book Churchill and Sea Power (2012), ‘what is remarkable is not the amount that has been written about Churchill but how much still needs to be done’.

Roland Quinault is the author of From Disraeli to Blair (Bloomsbury Academic, 2012).