Ron White draws on the diaries of Samuel Pepys to paint a picture of the festive season in the 1660s. 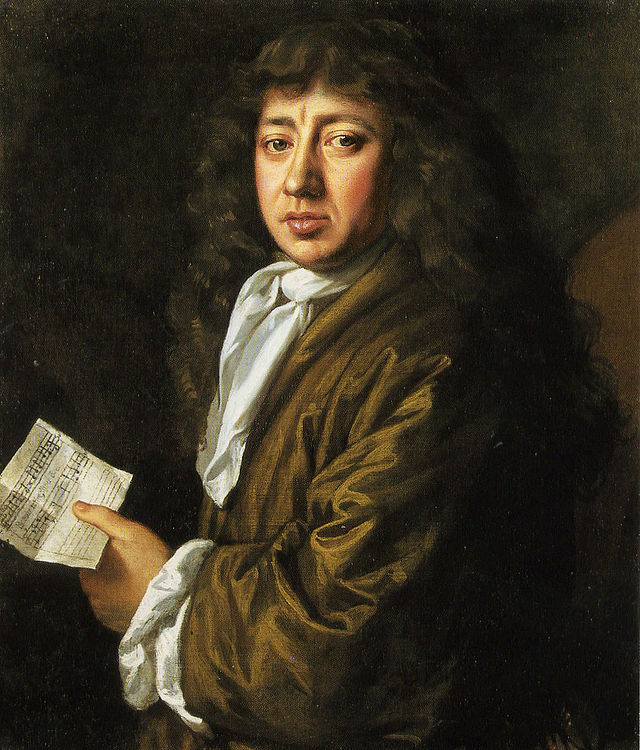 December 25th was chosen by the Church as Christmas Day as early as the fifth century, when it adopted and adapted the pagan celebrations of the winter solstice. But it was not until the seventeenth century that Christmas began to take the shape we know today. The most evocative chronicles of that era come through the diaries of Samuel Pepys, perhaps the greatest English diarist, whose detailed observations bring to life the events of his day and let us share them. Not just the major happenings; the Plague, The Great Fire or the King's Coronation, but everyday matters too which he faithfully records; quarrels with his wife, going to concerts, boat trips to Greenwich, visits to mistresses, theatre going, all meticulously set down.

He left particularly vivid accounts of how he and his wife Elizabeth spent Christmas. Pepys was a civil servant. By 1660 he was secretary to a governmental official, and part of his job entailed travelling to Holland to escort home the restored Charles II. Promotion soon followed and he was able to enhance his lifestyle. He became a senior administrator in the Navy Office and he and his wife moved into their new home in Seething Lane. By the end of that year the decoration of the new house was complete and Pepys was able to note in his diary that he was 'much pleased to see my house once more clear of workmen'.

Their first Christmas in the new home was spent modestly. Samuel went to church in the morning and then dined at home with his wife and brother Tom on a shoulder of mutton and a chicken. Samuel always went to church on Christmas morning, usually to the one nearest his home, St Olave's, which still stands in Hart Street. The pews would be decorated with rosemary and ivy and sermons would be long; on that Christmas afternoon Samuel again went to church, this time with Elizabeth, where he fell asleep during a dull sermon.

Elizabeth did not always go with him. She was very much involved in the running of the house and would often stay at home to watch over the maids preparing meals. Pepys left her in bed one Christmas after she had been up until four o'clock in the morning supervising the making of the mince pies.

He was earning a good salary by now and food was plentiful. Mutton and beef appeared on the table often and venison was frequently served to guests. Oysters were abundant and not at all the expensive luxury of today. Pepys would often bring home a barrel for the two of them and their friends. One New Year's morning the young couple invited relations to join them for what must have been a memorable breakfast of oysters, neats (ox) tongue and anchovies, all washed down with Margate ale.

Game was also to be had. Turkeys from Norfolk were being herded to London and Elizabeth knew how to make one last; she burned her hand one January 1st, whilst cooking the remains of a turkey. They drew the line at eating a swan, however. They were given one as a present one year and obviously did not fancy eating it, giving it to Samuel's uncle. On that New Year's Day, when visiting the same uncle, they were offered swan pie and, still not relishing the idea, made an excuse to leave for the theatre.

Vegetables were occasionally eaten. Pepys was fond of a dish of asparagus in butter. Root vegetables tended to be the fare of the poor and fruit was always eaten cooked in the Pepys household, fresh fruit being suspect from a health point of view.

One thing Pepys could not abide was meat cooked rare. When John Andrews, a timber merchant, and his wife came to dinner Samuel found it very odd that Mr Andrews liked his meat so raw that the 'blood runs about his chops'.

For dinner parties Elizabeth would be out in the streets early, since the markets opened at sunrise and the first few hours were reserved for shopping housewives. Meat, game and fish were mostly bought at markets, shops confining themselves to groceries and bread.

One year Elizabeth was too ill to make the mince pies; Samuel left her in bed and went to the chapel in Whitehall to take communion. He arrived too late, but was in time to hear the bishop attack the irreligious celebration that Christmas was becoming! He returned home and, like the good husband he sometimes was, sat at Elizabeth's bedside having plum porridge (a thick broth of beef and plums) and a roasted pullet. A maid was sent to buy a mince pie, so obviously sellers were doing business on Christmas day.

So were theatres. Pepys was a great theatre-goer and in 1666, after a good meal of rib of beef 'and plenty of good wine of my own', he set off to see a performance but, finding no playbills, came home to supper. On December 27th, that year, however, he was successful and took Elizabeth to the King's Playhouse to see a comedy by the fashionable playwrights Beaumont and Fletcher. In fact a lot of that Christmas was spent at the theatre; on the 28th, they went to the Duke's Theatre in Lincoln's Inn Fields and saw Macbeth 'most excellently acted'. On one theatre visit he wondered how it was that apprentices and other working people were able to watch from the pit at 2s 6d a head, when in his younger days he could afford only the upper gallery at 1s 6d.

Samuel was a music lover and even took lessons in composition. He began writing songs and after one Yuletide meal rehearsed Elizabeth and her friends in the performance of one. He does not mention what they thought of it, His own voice was good enough for him to sing with the gentlemen of the Chapel Royal.

Elizabeth was a lively lady. She loved merrymaking and, though Samuel was hardly a spoilsport, he did on occasions disapprove. She gave a party for the maids one Twelfth Night which went on until morning and Pepys went to bed and left them to it.

Another year she obviously did not want the party to end, and again he went to bed, leaving her downstairs with her family and friends at games and dancing. He awoke at 6am, peeved that Elizabeth had still not come to bed, so peeved in fact that, lacking a chamber pot, he refused to go downstairs, and it being 'bitter cold, was forced to rise and piss in the chimney'.

The couple were in bed one Christmas morning when Elizabeth mentioned her fears as to what might happen to her financially in the event of Samuel's death. He passed it off but did determine to make a will and provide for her.

The highlight of the festivities for the Pepyses was Twelfth Night. There was singing and dancing and, always, the cutting and eating of the Twelfth Night cake. In it was hidden a bean and a pea. The cake was so served that a man got the bean and the pea went to a woman. These two were then king and queen of the revels until midnight. Elizabeth was chosen queen in 1661.

Probably the biggest Twelfth Night party the Pepyses gave was in 1668, when they went with friends to see the Duke's company in The Tempest. The house was full and Samuel was forced to pay for a box. It costs 20s 'besides oranges, which troubled me'. He soon recovered, however, and revelled in the evening and after meeting more friends, took a gathering of twenty or so back to Seething Lane for a meal and a party. The music they danced to was the most stylish in town, with professional musicians often employed by the Duke of Buckingham. Gatecrashers turned up and since they were 'young men that could dance' were welcomed. The party broke up at 2 am and Pepys, after paying the musicians £3 between them, went to bed with Elizabeth tired and happy.

Ron White was the Membership Records Manager, Institute of Physics, now retired, and has contributed articles to the Listener and the Observer.