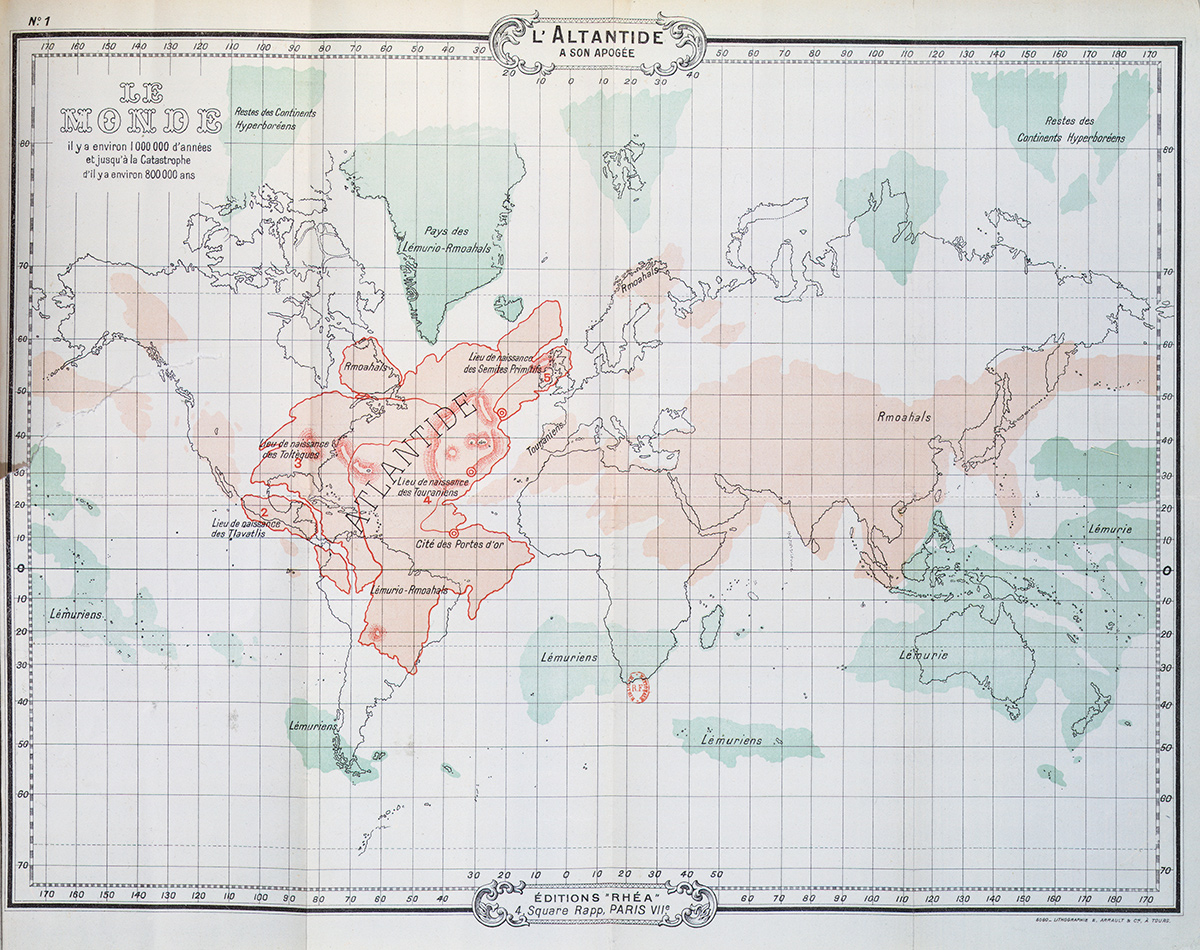 The earth's surface as it might have looked when the ‘Atlantean race’ was at its height.

William Scott-Elliot (1849-1919) was an amateur anthropologist and member of the London Lodge of the Theosophical Society in its early days. Theosophists were interested in the origins of humanity and the ‘root races’ and believed the Atlanteans were the fourth ‘root race’, ultimately succeeded by the Aryans.

Based on the clairvoyant ‘findings’ of fellow theosophist Charles Webster Leadbetter about Atlantis and Lemuria (another hypothetical land proposed in 1864), Scott-Elliot used science to solve their mysteries. He published his results in The Story of Atlantis (1896).

This was an attempt to find a solution to the puzzle of fossils and plants, languages and peoples, common across continents now divided. By this time the bed of the Atlantic Ocean had been mapped, revealing the full extent of what is now called the Mid-Atlantic Ridge, but the understanding of continental drift to explain their previous meeting was not published until 1912, by Alfred Wegener.

This map, taken from the French edition of Scott-Elliot’s work, shows the land surface of the earth as he believed it looked a million years ago, at the point when the Atlantean race was at its height and before internal warfare brought about the ‘first great submergence’ 800,000 years ago. The continent of Atlantis stretched from just east of Iceland to near what is now Rio de Janeiro. Lemuria is coloured green, as are the remnants of the Hyperborea, a northern land, first described by Herodotus. 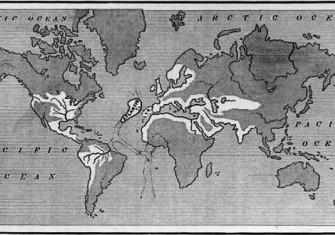