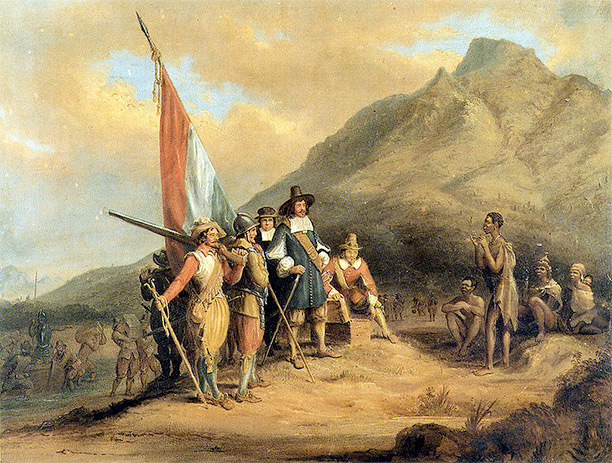 The first Europeans known to have climbed Table Mountain were Portuguese seamen under Antonio de Saldanha, whose ships were part of a fleet on its way to India in 1503. They had a fracas with the local people, the Khoi, nomadic cattle herders known to Europeans for centuries as ‘Hottentots’. There was a more serious skirmish in 1510, when many Portuguese were killed. Even so, European ships began putting in to Table Bay for fresh water and meat until in 1647 a Dutch ship, the Haarlem, was wrecked in the bay. The survivors returned to Holland to report that the place was fertile and suitable for growing vegetables and fruit, against scurvy, while the natives were not cannibals as reported, but friendly and, if kindly treated, could be converted to Christianity and used as servants. In 1651 accordingly, the directors of the Dutch East India Company, the Seventeen, decided to establish an outpost at the Cape, where their ships could put in for water and supplies and the sick could be treated. Jan van Riebeek reached Table Bay on April 6th, the following year with an expedition some ninety-strong in three ships and went ashore the next day to select a place for a fort. Today’s Grand Parade in the centre of Cape Town is on the site. 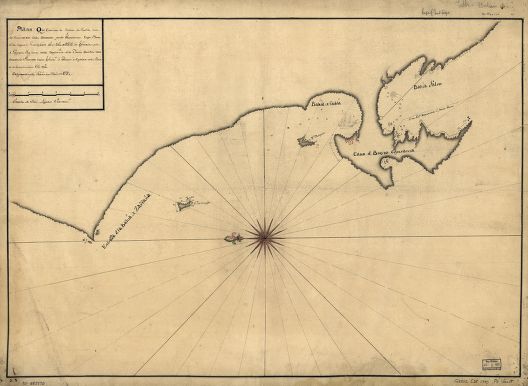 Van Riebeck, who had been in serious trouble with the Company four years before engaging in private trading, threw himself into this opportunity and reported that he himself worked as engineer, mason, smith, carpenter and farmer. What turned the original outpost into the first European colony in South Africa was the Company’s decision to let sailors and soldiers in its service settle at the Cape and start their own farms. In 1658 the first slaves were imported, from the East Indies and Central Africa, and when van Riebeek left for India in 1662 the little settlement had a fort, a hospital, a jetty, workshops and a granary, as well as houses.

The early settlers interbred with the Khoi and the colony's population was swelled by European immigrants who included girls from Dutch orphanages and Huguenot exiles from France, shipped out by the Company. By the 1690s the settlement of De Kaapsche Vlek (the Cape hamlet) had a couple of hundred houses and a European population of about 1,000, of whom two-thirds were Dutch and one-sixth French, with smaller numbers of Germans, Swedes, Danes and Belgians. There were also a hundred or so Africans and Asians, and almost 400 slaves.

Care was taken to integrate newcomers from other European countries with the Dutch, speaking the Dutch language and conforming to the Reformed Church, and the eighteenth century saw the gradual evolution of the Afrikaner people as the little settlement grew into a town, now called Kaapstad (Cape Town). When the British seized it in 1795, the town had about 1,000 houses and a population of some 14,000.