During the Second World War many cities were bombed from the air. However Rome, the centre of Christendom but also the capital of Fascism, was left untouched by the Allies until July 1943. Claudia Baldoli looks at the reasons why and examines the views of Italians towards the city. 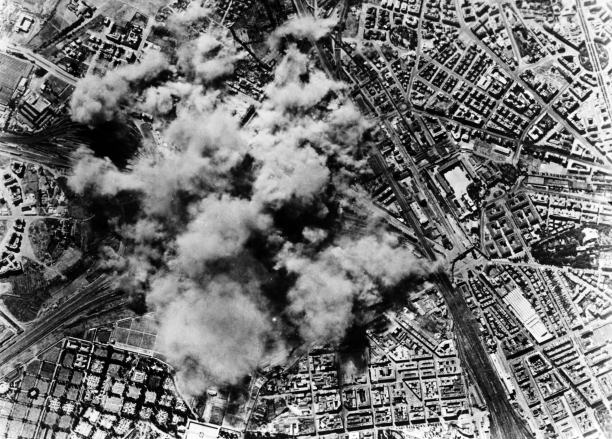 In a war where the destruction of enemy morale was considered a crucial aim by all sides, capital cities had obvious attractions as targets. Nearly half of all British victims of air raids were Londoners. RAF Bomber Command was pushed to the limits of endurance over three months in 1943-44 in a fruitless attempt to destroy Berlin. Even Paris, capital of a state that the British were not at war with, was bombed in 1942. Yet Rome, capital city of the most insecure Axis regime, was left untouched by the Allies for three years. Only in July 1943 was the pattern broken and then, in the year that followed, it was bombed 51 times. This dramatic change in strategy needs explaining.