The pioneer of English travel writing was born on June 7th, 1662. 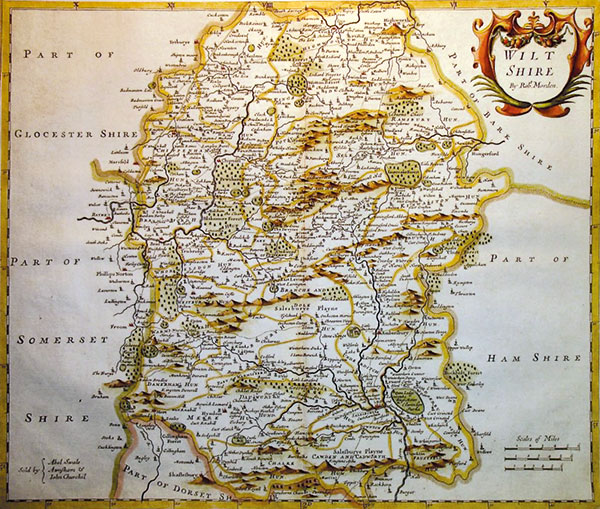 Born at Newton Toney, near Salisbury, to an aristocratic family – her grandfather was the first Viscount Saye and Sele – Celia Fiennes was a pioneer of English travel writing. Comfortably off, she never married and spent time travelling all over England, keeping notes of what she saw and experienced. She thought it was good for her health and wished that more people would visit their native land and observe ‘the pleasant prospects, good buildings, different produces and manufactures of each place,’ which would ‘form such an Idea of England, add much to its Glory and Esteem in our minds and cure the evil itch of overvaluing foreign parts’.

She started in the mid-1680s with journeys in the south of England, which took her to Stonehenge, where she counted the exact number of stones, and to Bath, which she thought an unpleasant town, and followed in the 1690s with expeditions to destinations including Oxford, the New Forest, Winchester and the Isle of Wight. In 1697 she went north to Lincoln, York, Harrogate and Hull. At Harrogate she visited ‘the sulphur or stinking spaw’, which she said was well-named as the stench was so frightful that her horse refused to go near it. In 1698 came her ‘Great Journey’ to the Lake District, Newcastle, Durham and then south-west via Gloucester and Bristol to Cornwall and Land’s End, where she clambered over the rocks ‘as far as safety permitted me’, but stayed out of the sea. In Somerset she explored Wookey Hole and the local legends. She was particularly interested in the Cornish tin and copper mines. There were further southern journeys in the early 1700s.

She travelled on horseback with only one or two servants and stayed at country houses where she had connections or at inns. She survived the occasional accident and one narrow escape from highwaymen. She sometimes hired a local guide, but reported on the new signposts being erected at country crossroads: ‘posts and hands pointing to each road with the names of the great towns or market towns that it leads to’. She bought the occasional souvenir and took an especial interest in industry, mining and anything new, while tending to disparage old things, like the Rows at Chester and the town buildings at York.

Celia Fiennes lived most of her life in London and died in Hackney in 1741, aged 78. In 1702 she had reworked her notes into a book, which was completely lost sight of until bits of it were published unacknowledged by Robert Southey in 1812. The whole work was not published until 1888, by one of her descendants, and has been a mine of information for historians ever since.