The Battle of Homildon Hill

The skirmish between the Douglases and the Percies took place on September 14th, 1402. 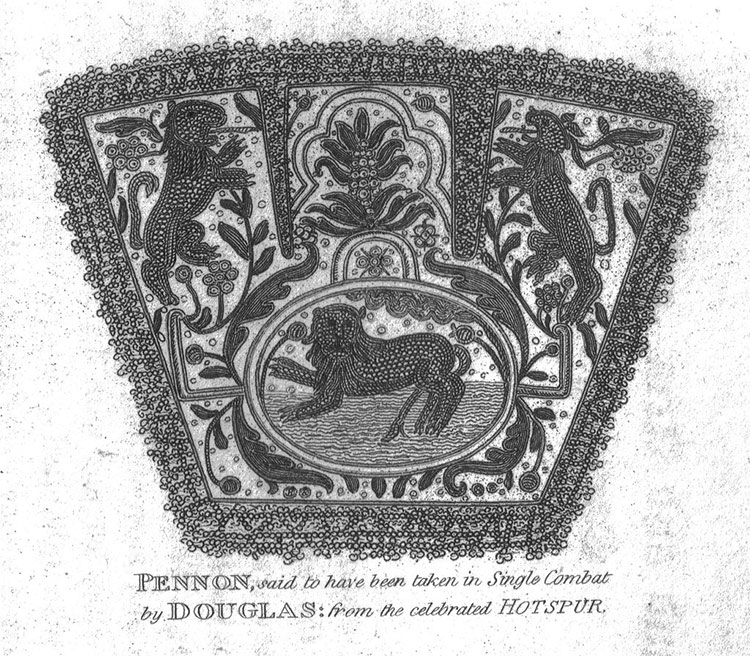 During the centuries of warfare, raiding and rustling across the border of England and Scotland, the two most powerful warlord dynasties involved were the Douglases on the Scottish side and the Percies in Northumberland. In 1402 the King of Scots was the ineffective Robert III, while in England Henry of Lancaster had deposed Richard II and installed himself on the throne as Henry IV. He had received crucial support from the head of the Percies, the elderly Earl of Northumberland, and his son, Sir Henry Percy, nicknamed Hotspur from his love of a good fight.

In August a Scottish raiding force thousands strong under Archibald, Earl of Douglas, crossed the border, penetrated as far as Newcastle and then turned back to cross the Tweed at Coldstream with its plunder. Hotspur moved to intercept and the Scots, determined not to leave their slow-moving stolen cattle behind and make for Scotland at full pelt, camped in an apparently strong position on Homildon Hill – an eminence of about 1,000 ft (now called Humbleton Hill), a couple of miles west of Wooler. The Percies had thoughtfully recruited Welsh archers, who from a distance took a heavy toll of the mass of men and horses on the hill. The Scots horsemen charged, but the opposition melted away and they were killed by the archers. Eventually the Scots fled, but many were caught and slaughtered, and few got away. Douglas himself was captured, with five arrow wounds in his body and the loss of an eye. So were many other lords, in such numbers as to cause a political vacuum in Scotland.

The Percies were naturally jubilant and looked forward to rich pickings from the ransoms of so many well-to-do captives. To their fury, Henry IV, who owed the Percies massive amounts of money and whose treasury was almost empty, demanded that all the prisoners be sent south to him. At the end of the month, when Parliament met at Westminster, Northumberland had to listen in silence as the Bishop of Exeter preached the opening sermon on the text ‘Great peace have they who love the law’ and went on to deliver a solemn warning that civil war would be the consequence unless the law was strictly obeyed.

The Bishop was clearly speaking for the King and in October the prisoners were grudgingly surrendered. All except Douglas, whom Hotspur refused to hand over. Hotspur was summoned to London and there were high words between him and the King, who apparently struck him in the face, called him a traitor and even drew his dagger before others intervened.

Henry soon tried to make the quarrel up, but Hotspur and Douglas, both in their thirties and two of a kind, had become fast friends. They drew Owen Glendower into an alliance to remove Henry from the English throne as a usurper. The alliance was decisively defeated in 1403 at a battle outside Shrewsbury, where Hotspur was killed and Douglas was again captured. Hotspur’s body was salted and quartered for display at York and other towns, and Northumberland was forced to meet Henry at York and sue for peace standing beneath his son’s severed head.