Arms and the Man: Abd El-Kader

Was one of France's most formidable opponents to its expansion in North Africa secretly aided and abetted by British guns? John King looks at a tangled tale of nineteenth-century Algeria. 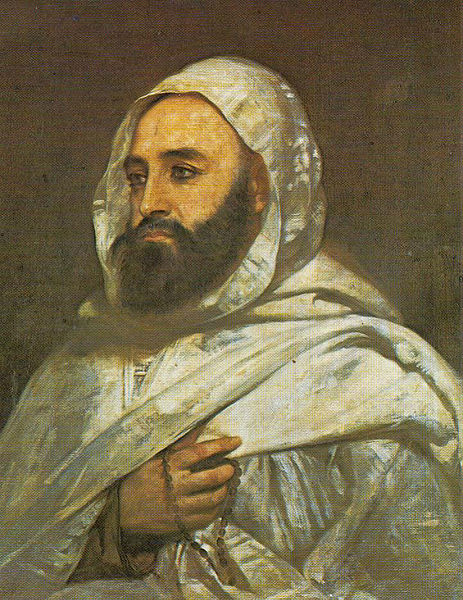 No more, thou lithe and long-winged hawk, of desert life for thee;
No more across the sultry sands shalt thou go swooping free...
(William Thackeray)

In 1856 the Emir Abd el-Kader decided to make a journey from his home in Damascus to Jerusalem. The Emir was France's former adversary in Algeria, a well-known figure in both the Arab world and Europe, who had been pardoned and released by Napoleon III while he was President of France. He was now on his honour never again to act against French interests, and had lived in Damascus with a numerous household since the previous year, on a substantial French pension of 100,000 francs per annum.