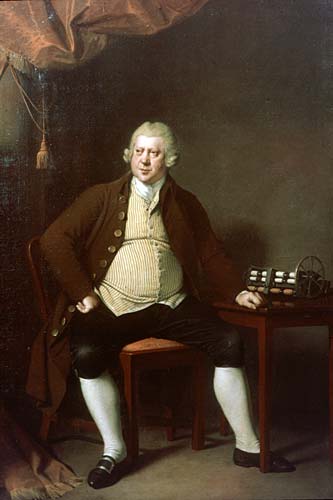 Sir Richard Arkwright (1732-92) is usually credited with revolutionising the technical basis of cotton production between 1768 and 1792, transforming it from a cottage industry to one of worldwide proportions. Apart from developing machinery to do the work, he is credited with creating the factory system, earning him such titles as a 'founding father' of the Industrial Revolution and the 'father of the factory system'. Undoubtedly an inspirational figure of the eighteenth century, he emerged from a working-class background and achieved immense wealth. However, closer scrutiny of the evidence raises uncertainties about the traditionally accepted view of Arkwright, the mechanical genius, and his technical achievements.