Richard Cavendish marks the anniversary of the events of February 15th, 1957. 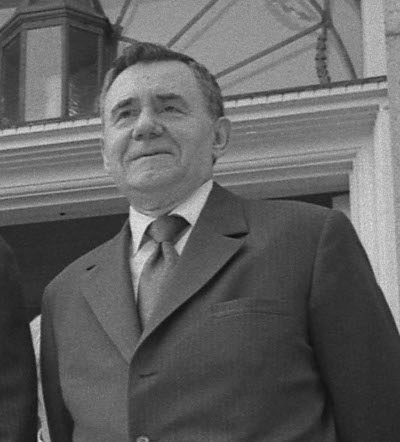 Almost everyone in Old Gromyki in Belorussia in 1909 took their surname from the village’s name and were called Gromyko. So were more than 250 families in New Gromyki not far away. For practical purposes everyone needed a nickname or pseudonym, and the young Andrei Andreyevich’s was Burmakov. Born into a poor peasant household he managed to get an education which took him to the Lenin Institute in Moscow. His field was economics and in his twenties he held a senior post at the Soviet Academy of Sciences.

Stalin’s 1930s purges, however, created promising job opportunities in the Soviet foreign service, to which Andrei Gromyko would prove ideally suited. Rising rapidly up the system, he specialized in American affairs and in 1939 was made head of the United States section of the foreign affairs commissariat. He was a protégé of Vyacheslav Molotov, whom he would virtually succeed as foreign minister.
Meanwhile, Gromyko was appointed ambassador to Washington DC in 1943 when he was only thirty-four, and from 1946 he was the Soviet representative on the UN Security Council, in which capacity he cast his country’s veto twenty-six times. In the 1950s he did a short spell as ambassador in London, where he could not bring himself to wear a top hat to Buckingham Palace to present his credentials. He was forty-five when he was made Soviet foreign minister in succession to Dmitri Shepilov, who had held the post after Molotov for only a few months. Gromyko kept his hold on it for almost thirty years.
Gromyko was a diplomat’s diplomat. Whether by temperament or design, or both, he was never linked with any particular set of policies or associated with any particular faction in Soviet politics. He appeared to have no principles beyond, in the old definition of an ambassador’s job, ‘lying abroad for his country’, which he was good at. He was an unfailingly reliable spokesman for whatever it was his masters wanted said.
Appointed foreign minister under Malenkov, Gromyko served through the de-Stalinization period after the dictator’s death and was involved in the Cuban missile crisis and the other events of the Khrushchev years until the coming of the Gorbachev regime in 1985. By then he was well into his seventies and he was replaced as foreign minister and given the ceremonial position of Chairman of the Presidium of the Supreme Soviet. He retired in 1988 and died the following year at seventy-nine.
Soviet UnionRussia