American Democracy: Flaws Across the Pond

The 19th-century view from Albion of the shortcomings of the US Constitution was remarkably astute, says Frank Prochaska. 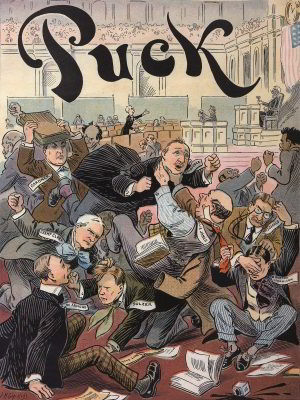 In assessing the character of American government, one recalls the observation by the historian Henry Adams that politics is ‘the systematic organization of hatreds’. The Founding Fathers, it is sometimes forgotten, designed the US Constitution in a pre-democratic age before the emergence of a party system, which they feared could lead, in George Washington’s words, to the ‘unjust dominion’ of ‘unprincipled men’. If they were alive today – and as wise as assumed – they might wish to amend the ageing text that has failed to stem the tide of faction and has become an obstacle to good governance.