Martin Evans offers a frank reassessment of his article on 30 years of Algerian independence, published in History Today in 1992. 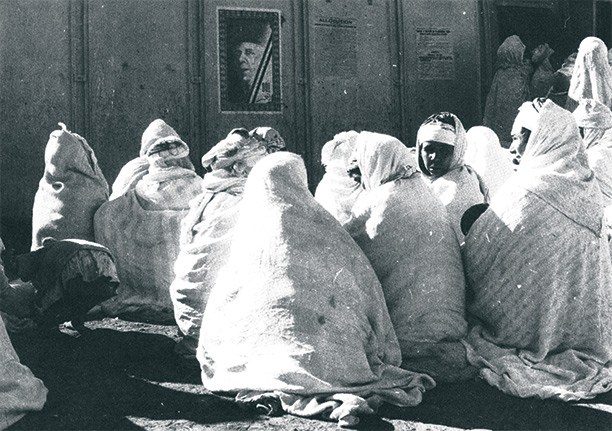 My intention when writing this article 20 years ago was to reflect upon 30 years of Algerian independence. Using a historian’s eye, I wanted to capture a sense of what these three decades meant for Algerians: how they were related to a colonial past and how they connected to other futures.

As a postgraduate student I had been doing fieldwork in Algeria over the previous three years. This involved interviews with veterans from the bloody war of national liberation against the French that lasted from 1954 to 1962, some of whom now held the reins of power in the post-independence state. So, while studying history, I also had the sense of being caught up in history, because it was clear that this veteran generation was a target of hatred for young Algerians. As the economy fell apart during the 1980s, young Algerians resented the misery of mass unemployment and spiralling food prices: a reality that was light years away from the regime’s revolutionary claim to be ‘by the people and for the people’.

I sought to capture this polarised atmosphere. I wanted to convey the clash between the young and the old that erupted into riots in Algiers in October 1988, which left hundreds dead. This is why I wrote of the young Algerians who gleefully ignored the pleadings of one war-time veteran, as he told them to stop ransacking his furniture shop in central Algiers.

I also wanted to communicate the heady excitement. In the wake of October 1988, President Chadli Bendjedid ushered in a political transition process where unprecedented press freedoms were accompanied by a multi-party system. Suddenly Algerians were alive to new possibilities. However, as the article underlines, the principal beneficiary was the Islamic Salvation Front (FIS), formed in 1989. Building upon a network of mosques, the FIS quickly established itself as the main opposition to the ruling National Liberation Front (FLN). In January 1992 the FIS was poised to take power after national elections, at which point the army rolled out the tanks to cancel the electoral process.

Re-reading this article reminds me why contemporary history is difficult to do. The danger is that one is just too close to the events. There is no distance to make sense of the wider picture.

What did I get right? I was correct about the impact of the economic crisis of the 1980s, the so-called ‘Black Decade’ for Algerians. I was right about how this crisis fed into a generational divide that climaxed in October 1988; still, in my opinion, the major event in post-independence Algeria. I was right, too, about the rise of the FIS. Its rhetoric of ‘social justice, better living standards and full employment’ appealed to ‘large sections of the poor and dispossessed’ because it articulated their anger towards the status quo. But I was also correct to caution against any unqualified FIS victory. In the first round of the cancelled electoral process the FIS secured just a quarter of the votes because of the low turnout.

The tone is pessimistic, even if I argued that the country had momentarily avoided ‘a bloody and bitter civil war’. How wrong I was. In the month of publication Mohammed Boudiaf, one of the historic leaders of the anti-colonial struggle, who returned from exile to take up the presidency, was assassinated live on television, almost certainly at the behest of a regime insider who disliked his anti-corruption drive. Then in 1993 Algeria tipped over into the abyss. Armed Islamist groups unleashed a wave of terrorism that brought terrifying counter-violence from the army regime. In the ten years that followed, the ‘Red Decade’, as many as 200,000 Algerians died; a nightmare that neither I nor anyone else predicted.

Clearly, too, I underestimated the strength of the system. The army was too strong, while the Islamist guerrillas were too divided. They had no real political programme beyond violence, violence and more violence.  However the article’s conclusion still holds true, I feel. In 1992 there was a huge gulf between rulers and ruled and two decades on, despite the vestiges of a democratic process, this is still the fundamental divide in Algerian society. No less significantly, the article reminds us that political protest and elections are not a new phenomenon in the Middle East and North Africa.

Martin Evans is professor of Modern European History at the University of Sussex and the author of Algeria: France's Undeclared War (Oxford University Press, 2012)