Kenneth Baker on poetry inspired by nations warring between themselves. 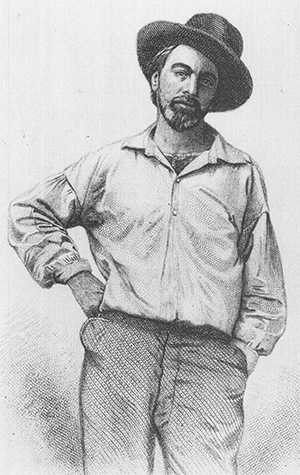 I remember meeting a Conservative politician in Vienna in 1989 who told me that there was going to be a large political upheaval in Yugoslavia, which could lead to the most horrific happenings. Living in what was the capital of the Habsburg Empire, he had a knowledge of the history of the Balkans which we had either not learnt or forgotten. In the heady days when the Berlin Wall was literally torn down, and Poland, Czechoslovakia, Hungary and Romania were breaking free from Soviet and Communist domination, it seemed to many in the West that the same peaceful transition would occur in Yugoslavia, which had slept so happily under Marshal Tito.

This was not to be. The centuries-old jealousies, hatreds and injustices had not all evaporated in the sunny days of a tourist paradise. The nationalist, racialist and religious passions, which had been the curse of the AustroHungarian Empire, flared up and consumed the Balkans in a series of civil wars which reminded the world that civilisation can be a thin veneer and the barbarian in ourselves is always at the gate. The whole world has now seen on television the barbarism in Bosnia, Croatia and Serbia. A new phrase, ‘ethnic cleansing', was coined to describe the cold, calculated murder of whole communities, when all the males in a village - boys, men and pensioners - were taken off in trucks to remote fields and slaughtered. The mass graves reveal the evidence and the war trials tell again of these atrocities.

In my anthology, The Faber Book of War Poetry, published in paperback last month, I have included a poem by a female victim of the Bosnian war. She had been repeatedly raped by a gang of freedom fighters' who stubbed out their cigarettes in her hair. They then cut off the head of a farmer to use as a football. She says:

- Holger Teschke, ‘The Minutes of Hasiba'

All war has its horrors, whether it is the 1914-18 trench warfare, or Tamburlaine sweeping across Central Europe and leaving in each town a pyramid of skulls, but it is civil war, when neighbour kills neighbour, that seems to inspire the most vicious and cruel acts of revenge.

NATO and the West are trying to bring the authors of the Bosnian atrocities, particularly Karadzic, to trial, but among his own people he is a hero, a legend, even a poet. He must answer for what he perpetrated, for the conscience of the world has demanded it. What makes this barbarism even worse is that it happened in a country which had schools, hospitals, factories, banks, churches, mosques, hotels, tourist agencies. It did not happen in Rwanda, nor Northern India, nor Indonesia, nor in Cambodia: it happened here on our own doorstep in Europe.

So my friend in Vienna was right: history was on his side. Over the last 300 years, every country in Europe has suffered from civil war: Germany in the Thirty Years' War; France in 1870; Spain in the 1930s; and the first Jews which Hitler killed were German citizens. England has suffered in two civil wars: for forty years in the Wars of the Roses, and for eight years in the struggle between king and Parliament in the seventeenth century. Henry Tudor ended the Wars of the Roses in 1485 by defeating the Yorkist king, Richard III, but there was no vindictive slaughter, instead a royal marriage uniting York and Lancaster.

Nevertheless, the memory of that agony lingered throughout the Tudor years, and in his history plays, Shakespeare, partly for propaganda reasons, reminded his audience of the horrors of those wars, and the peace that Elizabeth preserved. In Henry VI, there is a harrowing scene where a father enters stage right bearing the body of his son, whom he has discovered he has killed, and a son enters stage left bearing the body of his father, whom he has killed. Henry bemoans the tragedy in these words:

Lord Macaulay wrote a descriptive poem of ‘The Battle of Naseby, 1645' which decided the fate of Charles I. In the last verse of the poem, he reminds his Victorian reader of the price that was paid for parliamentary sovereignty:

And She of the seven hills shall mourn her children's ills,
And tremble when she thinks of the edge of England's sword;
And the Kings of earth in fear shall shudder when they hear
What the hand of God hath wrought for the Houses and the Word.

Apart from the Jacobite rising of 1745, which was more in the nature of an attempted coup, there has not been political bloodshed on this island since 1688, though, alas, the same cannot be said for Northern Ireland. We have avoided civil war for over 300 years because constitutional development contained conflict; over-weaning power was clipped by the law; dissent was tolerated; opposition allowed to operate free from the fear of arbitrary arrest; the rights of minorities were protected; and power passed from one ruling party to another without revolution or fratricide. Other countries have not been so fortunate or so wise. America in the 1860s was consumed by a brutal civil war in which four million Americans were killed - all by other Americans. The repercussions of that war still run through the America of today, but the genius of Lincoln recognised that conciliation was better than retribution.

The great poet of the American Civil War was Walt Whitman, who volunteered to work as a hospital orderly after he had fruitlessly searched for the body of his brother on one of the battlefields. He realised that enemies were really brothers - would that his wisdom had been learnt by succeeding generations in the world:

Word over all, beautiful as the sky,
Beautiful that war and all its deeds of carnage must in time be utterly lost,
That the bands of the sisters Death and Night incessantly softly wash again, and ever again, this soil'd world;
For my enemy is dead, a man divine as myself is dead,
I look where he lies white-faced and still in the coffin - I draw near,
Bend down and touch lightly with my lips the white face in the coffin.

Kenneth Baker is editor of The Faber Book of War Poetry published by Faber & Faber.