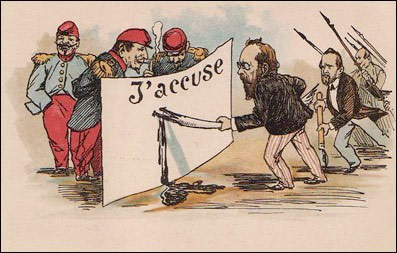 The trial of Captain Dreyfus of the French Army was a major cause célèbre at the end of the nineteenth century, pitting the Catholic church, royalists and the military against republicans, radicals and socialists. Not only did it generate a huge amount of column inches in the press, both in France and overseas, but it also led to hundreds of cartoons and caricatures of the leading figures in the case.