What is French secularism?

Although it once represented the victory of anti-clerical republicanism, laïcité has come to mean something very different. 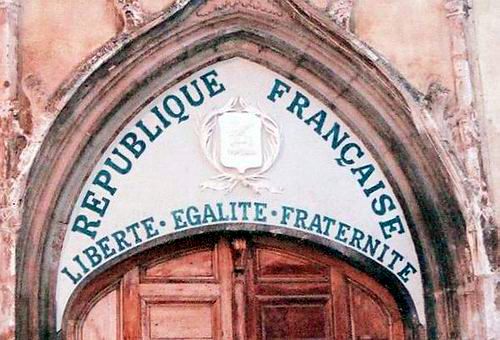 2015 was a traumatic year for France. It began with the murderous attack on the offices of the satirical magazine Charlie-Hebdo. Violence then returned on an even greater scale in November, with multiple attacks across the city on the Stade de France, the Bataclan Club and six restaurants, which left 130 people dead. President Hollande’s response was defiant. Enacting an Emergency Law dating from the Algerian conflict in the 1950s, he told citizens that ‘France is at war’ and vowed to ‘destroy IS’ (it was reported this week that the emergency measures would be extended until ISIS was defeated). In particular, the attacks have intensified a wider existential debate about French values. The historian Robert Frank speculated in the magazine les InRockuptibles (November 25th, 2015) how French jihadism might be linked to the humiliating legacy of colonialism in general and the Algerian War in particular; the kind of connection intriguingly absent in discussions of the equivalent British recruits to IS.

Speaking on BBC Radio 4 shortly before the November attacks, the French Ambassador in London, Sylvie Bermanm, identified secularism as a bedrock of French national identity. Introduced in 1905, secularism originally represented the victory of anti-clerical republicanism, which, ever since the 1789 French Revolution, had stigmatised the Roman Catholic Church as a bastion of reaction, ignorance and superstition. In concrete terms, the 1905 law dramatically limited the power of the Church by enshrining three key principles: strict separation of Church and State, freedom of conscience and freedom to exercise any faith. State schools became religious-free zones. Education was about the inculcation of Enlightenment principles as well as allegiance to the French nation. These foundation stones of the Republic were non-negotiable, although there were significant caveats. The 1905 law did not apply in Algeria, in theory an integral part of France, because with 4.5 million Muslims the French state did not want to relinquish control of Islam. Significantly, secularism was a centre piece of the 1946 Fourth Republic Constitution, the ideological defeat of the pro-Nazi Vichy regime that had reinstated the public role of the Roman Catholic Church.

In contemporary France, however, the conflict with the Roman Catholic Church is long dead, with the result that secularism has come to stand for something else: managing ethnic difference in society that is diametrically opposed to the community based approach advocated by Britain and the US (the two are usually lumped together by French defenders of secular principles as les Anglo-Saxons). According to this modern schema, secularism is about avoiding Anglo-Saxon style ghettos; coming together as citizens; and transcending narrow religious differences. This is why all conspicuous religion symbols are still banned in state schools. This is why the French state does not categorise people according to their ethnic origins when it comes to census data. Equally, this is why in the days following the Charlie-Hebdo attacks demonstrators flocked to the huge statue of Marianne on Place de République, a secular symbol of a secular sensibility that was evident in the way in which Marianne’s base was adorned with copies of Voltaire’s 1763 Treatise on Tolerance.

What, however, does this modern secularism mean for France’s five million Muslims? Many feel marginalised because of their low economic status. Yet, the question of their social integration returns continually to the issue of secularism and whether or not this secularism, the benchmark of French values, is compatible with Islam. This in turn has led some Muslims to conclude that Islam is been singled out by secularism, producing an underlying Islamophobia that can all too easily blend into outright hostility. As one French Muslim taxi-driver said to me: ‘Why is Zinedine Zidane [the great French footballer who is now manager of Real Madrid] French while the Kouachi brothers [the two Charlie-Hebdo attackers] are Algerian and Muslim. All three were born in France.’

In this climate of suspicion the main beneficiary has been Marine Le Pen’s National Front, which, although its ideological roots can be traced back to the right-wing authoritarianism embodied in the Vichy regime, has now rebranded itself as the upholder of a muscular secularism. This style of secularism, which sees Muslims as an internal enemy whose lack of French values means that many will gravitate towards religious extremism, struck a chord with voters who would normally have shied away from the far right. Consequently, in the first round of regional elections at the beginning of December the National Front rose to become the largest party in France with 28 per cent of the vote. This in turn means that the stage is set for a scenario where Marine Le Pen reaches the second round of the 2017 presidential elections, a scenario in which the true meaning of secularism will be a deciding factor.

Martin Evans is Professor of Modern European History at the University of Sussex. He is the author of Algeria: France’s Undeclared War (Oxford University Press, 2012).