The Trouble with Thomas: The Controversies of St Thomas Becket

Becket continues to be an enduring figure of controversy in the public eye. Why was he considered a saint in the first place? In a 2006 BBC poll, St Thomas Becket (c. 1120-70) was voted one of the worst Britons of all time. While the poll was subject to its own share of controversies, the fact remains that Becket continues to be an enduring figure of controversy in the public eye. What prompted such a reaction towards Becket? Why was he considered a saint in the first place?

Thomas Becket, Archbishop of Canterbury, is probably best known in history for his infamous clashes with King Henry II of England in the 12th century. What started as a supposedly close relationship between king and clerk eventually led to a irreconcilable falling out as Church clashed with State. Their drama culminated with four knights from Henry's court who went to Christ Church in Canterbury to confront Becket. When the archbishop remained defiant, he met a grisly end, dying at the altar with the top of his skull severed. In death, however, he seemed to have the last laugh. His murder in the cathedral was seen as martyrdom, which resonated with the medieval people. An immense following built up after his death, with reports of miraculous healing occurring near his place of death, and ecclesiastical writers hastened to promote his cult with a flurry of hagiographical writings. The cult became so widespread, in fact, that it overtook St Cuthbert's cult in Durham as the most popular saint cult in England during the late Middle Ages, eventually reaching an international level of fame. The impact of Becket's cult was not limited to hagiography either. The pilgrims in Geoffrey Chaucer's The Canterbury Tales travel to Canterbury to pay their respects to St Thomas Becket's shrine. Clearly Becket's cult had appealed to many different members of society by the end of the fourteenth century. For a holy man lauded as the most popular saint in England during the late Middle Ages, however, the question remains: what generated such polarised controversy?

Despite the surge of devoted hagiographical texts in the wake of his demise, not everyone spoke highly of Becket. In Draco normannicus, royalist Stephen Rouen viewed him as a villain who was guilty of peculation. Cluniac monk Gilbert Foliot's opinion of Becket was particularly critical, showing that some members of the ecclesiastical community were responding unfavourably to Becket as well. Gilbert claimed that he bought his way into his chancellor position and then used his royal connections to become archbishop,  and thus he felt as if he had to overcompensate for this and prove himself as a worthy and capable archbishop. Other accounts criticised Becket for his stubborn and self-indulging behaviour, which made him dangerous, and that he showed few signs of piety and saintliness in life. The implications of hagiographic rhetoric are worth considering as well. Hagiography idealises the saint with the intention of edification in imitation of Christ. The ecclesiastical community wanted to promote his cult and tailor his life to fit a Christian image. The success of this rhetoric benefitted them financially and spiritually, and thus it was essential that they idealised Becket's death, comparing him to a martyr dying for his faith.

Moreover, it probably did not help matters that both Henry II and Becket had such strong, adamant personalities. Henry II was known for his volatile tempers and wanted absolute power over his realm. Becket was proud and arrogant, standing his ground despite regal impositions. He was also disobedient, refusing to obey even the king. While he was interested in promoting the welfare of the Church, he had his own motives as well. In the past, Anselm of Bec had some disputes with Henry I over ecclesiastical and regal authority, but the turbulence of Henry II and Becket's relationship was unprecedented. When Henry decreed a law that would try clerks in lay courts instead of the ecclesiastical courts, Becket refused to obey his wishes. Henry II saw this as betrayal. Frank Barlow argues that Becket's own bishops thought that he was unsuitable for the job of archbishop because he was driven by his personal motives, namely proving himself as a capable archbishop rather than acting in the best interests of the Church and respecting the king's authority. The events reached boiling point when Henry demanded to know where all the ecclesiastical money had vanished to when Thomas had been chancellor. In response, Thomas tried to leave England without Henry's permission, which was a serious offense. To make matters worse, he did not appear in court when he was called upon, or have a proper excuse for his absence. While in France, he excommunicated several of the English bishops. Naturally, the English bishops did not want him back when he returned. Despite Henry's pleas, Thomas was adamant, refusing to absolve the excommunicated. This proved to be the last straw for Henry. One December night, while either in a rage, inebriated, or perhaps both, Henry declared his distaste for the priest, and the opportunistic knights who overhead him went to Canterbury to seize the archbishop.

While the interpretation of his historical role is ultimately complex and disputable, Becket's controversial nature is understandable. Becket had plenty of criticism in life and in death, but the impact of his cult is undeniable, influencing the literature, history, life, and even spirituality of the medieval world and beyond. There are still traces of Becket across England, with numerous churches named after him. Although Henry VIII reportedly destroyed his bones during the Dissolution of the Monasteries in the sixteenth century, Becket's memory lives on in the subconscious of the English people, whether one views him as a saint or quite the opposite.

Curtis Runstedler is doing a PhD in Medieval Literature at Durham University. 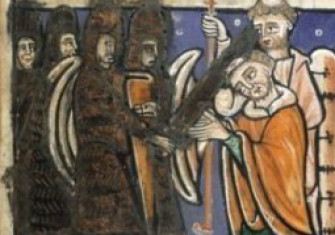 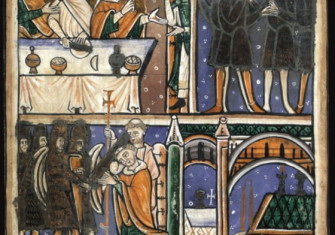