Succession in the Silk Roads

The fates of powerful women in modern Uzbek politics echo the events of 1,000 years ago. 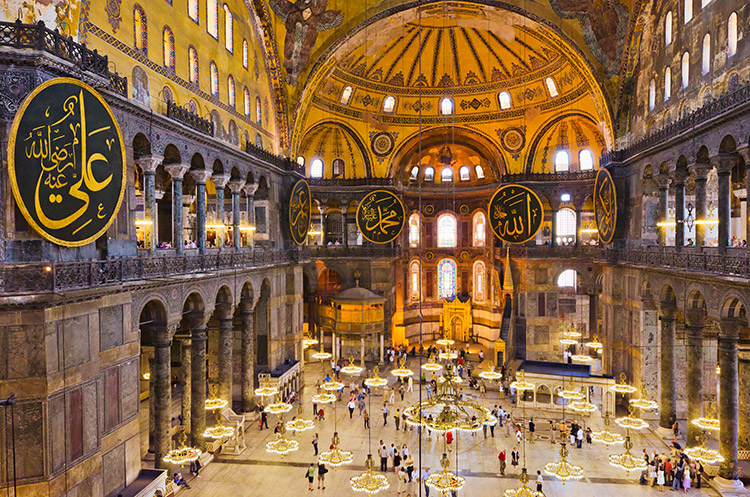 It has been an interesting time in Central Asia, the mineral-rich region that connects east with west. In the autumn of 2016 it was announced that Islam Karimov, President of Uzbekistan since 1991, had suffered a haemorrhage and was in a coma. All eyes turned to the succession. As the Roman historian Tacitus recognised, the moment of transition between the reigns of rulers are fraught with danger. Back the wrong horse and the consequences could be serious; be the wrong horse and the consequences could be fatal.

As news of Karimov’s death was announced (some time after rumours circulated that he had not made it), the country went into lockdown. Who would emerge to take his position? Who was a good candidate and would those at the top in Tashkent rally around a single figure. If so, how would that actually work? This was important, partly because Uzbekistan is of considerable strategic importance: an important transit route for US forces into Afghanistan; economically significant thanks to its abundant mineral resources; and politically sensitive, like all of Central Asia, as the Silk Roads re-emerge. It is important, too, because Karimov was the first of the rulers of the former Soviet ‘stans’ to die since the break up of the USSR in 1991.

The obvious choice as successor was Gulnara Karimova, once the golden girl of Uzbekistan: ambitious, bold and a well-known society figure in London, Paris, New York and beyond, a regular at fashion shows, a big spender and well-connected. There was nothing she seemed unable to do: she was a jewellery designer, diplomat (as Uzbekistan’s permanent representative to the UN), philanthropist and even a pop star – although one British journalist claimed that the Uzbeks who did not buy her album were threatened with torture (unlike those who did, presumably).

Some thought of her as a potential successor, not least since her father indulged her whims, or at least was willing to turn a blind eye. Karimova seemed bulletproof as she built a huge fortune, as US diplomats reported, by ‘bully[ing] her way into gaining a slice of virtually every lucrative business’ in Uzbekistan and behaving like a ‘robber baron’.

That was until she pushed her luck too far. Somewhere, a switch had been flipped. Karimova was no longer free to do as she pleased; in fact, she was no longer free at all. Two years ago, she went off the radar. Little had been heard of her or from her, until in 2016 news came that she had been committed to a psychiatric hospital by the new President, Shavkat Mirziyoyev.

No one expected her to play a role in the succession after her father’s death – too many bridges had been burnt. But many assumed that she would at least make an appearance. She did not. Her mother and sister Lola led the mourning of the lavish state funeral alone. Karimova once strode the international and national stage. No more. There is no way back.

A similar story occurred 1,000 years ago in Constantinople. Capital of the Byzantine Empire – the eastern half of the Roman Empire that survived and flourished after the fall of Rome itself – the city was a cosmopolitan metropolis, by far the most populated city in Europe, adorned with palaces, a giant hippodrome and scores of churches, the largest and most beautiful of which was the cathedral of Hagia Sophia.

In 1081 a new leader took the throne, a charismatic emperor named Alexios Komnenos. Two years later, his first child was born, a daughter named Anna. She was precocious: fiercely intelligent, independent-minded and outspoken. Many wondered if she would succeed her father one day, especially after she married Nikephoros Bryennios, an up-and-coming young buck with ambitions of his own. People gossiped about Anna, partly because her siblings did not seem to have what it takes and partly because she had obvious leadership qualities. She was as decisive as she was whip-smart – something that appealed to some, but not to all: as with Hillary Clinton, some people (mostly men) do not like a clever woman. Anna Komnene was a know-it-all, wrote one contemporary, who did not care for her drive, her character or her history writing (a text she wrote in the 12th century, The Alexiad, is a jewel of medieval Greek).

For Komnene, the trouble began in 1118 when her father was on his deathbed after nearly 40 years in power. Like Karimov, he had been relentless in shutting down opposition. As eyes turned to the succession, Anna tried to seize her chance – in vain. Blindsided by her brother, she was soon removed from view, banished not to a psychiatric hospital but to a convent where she could indulge her interests in privacy, out of sight and out of mind.

As far as we can tell, she spent the best part of four decades in isolation, albeit in a very comfortable residence that included a bakery, a vineyard and well-appointed buildings. She was not happy about it, complaining frequently in The Alexiad about the way she had been hidden away from view and had spent much of her life in isolation.

In her pomp, Anna Komnene had attended meetings her father held with leading generals, proffering advice on what would be best for the empire; she had stalked the corridors of power along with her husband, a man whom many expected to succeed Alexios on the throne. Now she sat alone, thinking of what might have been and writing about how she missed the limelight. Her husband, the other half of what had once been Constantinople’s most gilded, connected and ambitious power couple, spent two decades going through the motions, kept away from his wife and far from danger. He also took up writing non-fiction, though without the same diligence as Anna, as his work was unfinished at the time of his death in 1138.

As the parallel stories of Anna and Gulnara tell us, even the most powerful woman is subject to the whims and machinations of men and the princess locked in a tower does not get the fairytale ending in real life.

Peter Frankopan is the author of The Silk Roads: A New History of the World (Bloomsbury, 2015).