Sole Power: The Pleasure and Pain of Shoes

Beatrice Bazell gets a first glimpse at an exhibition devoted to the history of the shoe. 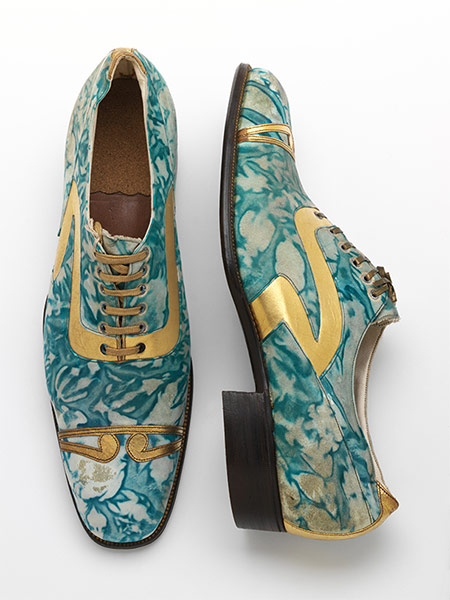 It is said that the shoe is the last outpost of pain in modern dress; we have dispensed with crinolines, neckcloths, gloves and most other items of clothing that hurt or irritate the body. A new exhibition at London's Victoria and Albert Gallery, Shoes: Pleasure and Pain, suggests that when it comes to the history of the shoe, pleasure and pain become fused in curious and stimulating ways.

The ground floor of the exhibition takes the form of a boudoir, yet despite the purple velvet hangings it offers a sober overview of shoes from the past 2,000 years from across the globe. Each case is themed according to the feelings shoes inspire, or the effect they create, such as 'Transformation', 'Height', or 'Status'. This means that you can see a Tudor gentleman's 'duckbill' boot opposite last year's powder pink stiletto, and next to that a 19th-century Manchu 'horse hoof' shoe, all of which draw attention to the high status of the wearer in making them waddle, totter, or shuffle.

A piece of historical clothing is most likely to survive due to the wealth and power of its owner, and as a result the exhibition has an understandable bias towards high levels of craftsmanship. One of the highlights of the exhibition is the pair of 18th-century mules, probably owned by the Nizam of Hyderabad, embroidered in gold and studded with emeralds, rubies, sapphires and diamonds. By contrast, a 1920s gilded and marbled leather gentleman's brogue looks a hundred years ahead of its time. The show aims to mix the sensual with the archival, although at times this proves difficult, since shoes that have been loved and worn are undeniably poignant. I found 'Seduction' one of the most successful cases, where Marilyn Monroe's scuffed court shoes keep company with western fetishwear from the Victorian era and the 'geta' clogs worn by Japanese courtesans. The exhibition plays to its strengths in showing the different cultural and class manifestations of 'playful' and stimulating shoes, but also finding common ground in social approaches to the most prosaic part of the body.

Upstairs the displays of the technical components of shoemaking and mass-market production's development prove slightly less coherent. Footage of a cobbler at work is projected onto the domed ceiling of the fashion gallery, and the V&A have commissioned a striking short film of a woman running through its corridors in different styles of shoe, bringing their role as curators and interpreters of shoes to the fore. While the exhibition is admirably interested in how shoes feel and sound, it's on the mezzanine level that we really get an insight into how people feel about their shoes. The collections of ordinary people are displayed with loving care, and vintage trainers and the latest high-street heels sit alongside custom-made brogues and Dior pumps preserved in Perspex, bringing questions of fantasy and function full-circle.

Shoes: Pleasure and Pain is at the Victoria and Albert Museum, London until January 31st 2016.

Beatrice Bazell is a PhD researcher on 19th-century literature and culture at Birkbeck University of London. 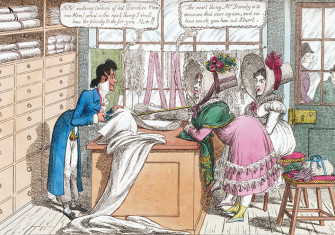 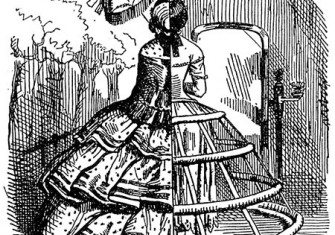