Security or liberty: the dilemma of the state

Advocates of civil liberties often privilege issues of morality over the need for a government to keep its people safe. Yet the early modern pre-occupation with security remains embedded in western states. 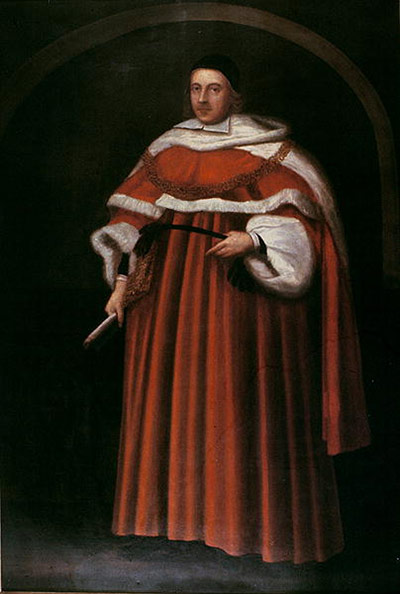 In the wake of the Paris terrorist attacks of November 13th, President Obama declared that he drew strength from the French commitment to ‘liberty’ and would ‘do whatever it takes … to go after any terrorist networks that go after our people’. These twin themes, of liberty and security, have been central to the debate over how the West should respond to such attacks. One prominent line of commentary, exemplified by the US philosopher Judith Butler, is that the declaration of a state of emergency in France and the accompanying restrictions on rights of assembly, constitute an attack on liberty by the ‘state’. In Butler’s words, this state of emergency reflects ‘militarised state power’ and ‘suspended democracy’ and she warns of the ‘narrowing versions of democracy before us’.

Yet is Butler correct, for example, to describe French President Francois Hollande, an elected official, as the sovereign of France? Is the president the sovereign, or is the parliament? Is it the French people who are sovereign, given their capacity to elect their government? The location of sovereign power has long been a topic central to thinking about political power in the West and Butler ignores much contested ground in her declaration of Hollande’s sovereignty. Further, although Butler’s argument resembles the arguments of others, that terrorism provides a pretext for the removal of liberty, is there a particular significance to these attacks, given that ISIS, the group claiming responsibility for them, claims to be a state and occupies physical territory? This is not the Boston marathon bombing, for example, but an attack attributed to a particular form of political entity that is not only ideological but spatial.

The central question, though, regards Butler’s attack on the supposed ‘state’ restriction of liberty. Although not explicit, her underlying point seems to be that the French state is malfunctioning through its denial of certain ‘democratic’ elements supposedly central to its existence. The state, for Butler, ought to ensure the preservation of liberty as a primary task, which it fails to do when it permits the repression of liberty in the name of security. This argument is ignorant of the historical origins of the state regarding questions of security, which was treated as the primary function of the state. These origins remain embedded within institutions central to contemporary political life.

Take, for example, the common law, the dominant legal system in England and many of its former colonies, historically responsible for establishing and enacting the laws of the state. The common law is centrally rooted in the application of precedent, as judges base their judgments on statute law and earlier judicial decisions. In the early modern period we can see some of the most forthright defences of precedent in terms of the ‘state’, a word that entered English political language in the late 16th century.

Writing in the mid-1670s, Sir Matthew Hale, then Chief Justice of the Court of King’s Bench, the highest common law court, claimed that drawing on existing law as the basis of judgments ensured ‘Consonance and Consistence’ in the law, necessary for the state’s survival. Moreover, although the resulting laws may not result in moral perfection – they may cause ‘some mischiefes’ – this process would prevent ‘great Instabilitie’. Hale chastised those who would seek to ground the law on ‘Treatises touching Moralls in the Theory’, describing them as ‘the worst Judges that can be’. For Hale, an officer of the early modern English state, preserving this state formed the primary aim of his work. That Hale saw this as a priority is understandable given that he wrote these words in the aftermath of the Civil Wars. Having faced a conflict in part driven by confessional concerns, Hale, like most people at the time, chose a secure state over a perfectly moral one.

Hale is not some legal relic of the past, a sign of an age when we privileged security over morality. He remains central to the contemporary work of the common law, principally through his influence on Sir William Blackstone, the influential 18th-century judge and legal writer. The first volume of Blackstone’s massive Commentaries of the Laws of England features 22 citations of Hale and a similar explication of the purpose of the state, which Blackstone described as a body of individuals unified for the purpose of ensuring their ‘safety’. Blackstone’s Commentaries continue to be heavily cited in the common law, tying this institution to earlier concepts of state. Lord Fraser, for example, in the 1985 House of Lords case Gillick v West Norfolk and Wisbech Health Authority relied on Blackstone’s Commentaries in a judgement that has become central to the modern governance of children’s rights, guiding medical professionals in their engagement with children in England and Australia, where Fraser’s judgment has been central to more recent cases.

That Blackstone’s and Hale’s theories of state continue to dictate the operation of the common law shows that the modern English state, at least, has not left the concerns of these lawyers behind. We should take note of this early modern pre-occupation with security over morality, which remains embedded in modern states. Although we can doubt the necessity and effectiveness of President Hollande’s decision, a declaration of a state of emergency  – an act taken in the name of security – is not an aberration, but an act long consistent with the purpose of the state.

David Kearns is a PhD candidate at the University of Sydney.