A compelling narrative on the machinations of a Borgia pope and his offspring, with the added spice of Machiavelli’s cool observations. 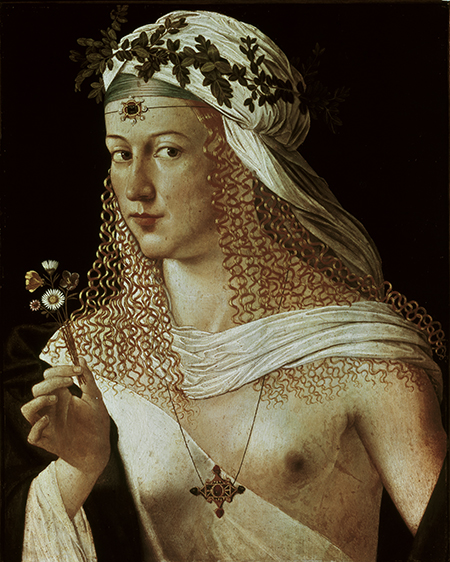 With In the Name of the Family, Sarah Dunant continues her narrative on the campaigns of the Borgia pope, Alexander VI, to carve out a family possession in Italy. Florence is hanging on to its Republican status, having booted out the Medici in 1494, while, elsewhere, old noble families are knocked aside by the mercenaries they had depended upon. One of them, Vitellozzo Vitelli, is driven by revenge for Florence’s execution of his brother, siding with and then double-crossing the pope’s eldest son, Cesare Borgia, the novel’s central character. Vitelli is garroted for his pains. The Borgias have little regard for the Italian nobles who dominate the peninsula. As outsiders, they can afford to be circumspect, playing the Italians at their own superficial game. Pius III, who briefly succeeded Alexander VI as pope in 1503, came from a bankrupt Sienese family, whose founder, Pius II, referred to the Medici rulers of Florence as ‘more cultured than merchants usually are’.

Cesare Borgia’s military campaigns lend the novel  rhythm. Meanwhile, his sister, Lucrezia, begins her third marriage, to Alfonso d’Este of Ferrara. All three are subject to the ‘French pox’ (syphilis), which probably arrived in Naples in 1495-6. The different symptoms and treatments are devastatingly delineated, yet Dunant studiously avoids anachronism. When a Ferrarese nun writes to Cesare’s physician, Bishop Gaspare Torella, because Lucrezia has contracted the disease from her husband, the bishop refuses to admit that it might be syphilis, but nevertheless shares details of a treatment. In fact, Torella had recognised the possibility of transmission of the disease between babies and their wet nurse back in 1497, but was reluctant to find fault with noble mothers.

Niccolò Machiavelli gradually becomes more prevalent in the novel as the military and political double-crossing unfolds, his pragmatic observations facilitating the reconstruction of Cesare Borgia as a heroic, if flawed, figure. Equally important are the poet, Pietro Bembo, Torella and Johan Burchard, papal master of ceremonies, who is the foil for the pope at close quarters. This is Dunant’s genius: her ability to piece together fragmentary, disparate sources and conjure up a compelling and convincing narrative which, though fictional, communicates a better sense of history (‘only and always the story of human nature in action’) than many a textbook.

In the Name of the Family: A Novel of Machiavelli and the Borgias
Sarah Dunant
Virago  464pp  £16.99

Carol M. Richardson is Senior Lecture in the History of Art at the University of Edinburgh.