The interface between politics and war, rather than military strategy and tactics. 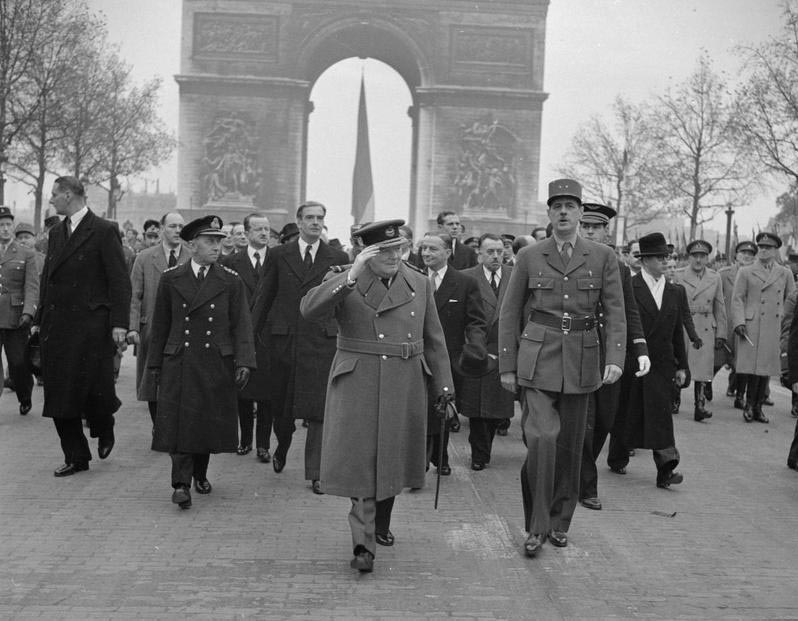 After the mammoth effort of his magisterial biography of Winston Churchill, Andrew Roberts relaxes with this short collection of essays – possibly modelled on Churchill’s own ‘Great Contemporaries’ series. Originating as a lecture series, the volume gives the impression of a light snack dashed off before Roberts embarks on the main meal of his next big book.

His choice of subjects is eclectic, not to say eccentric. Eschewing such titans of antiquity as Alexander and Caesar, he kicks off with Napoleon – about whom he has already written an admiring biography – and concludes with Margaret Thatcher. Given that Thatcher’s sole experience of war leadership was sending a task force to the Falklands her inclusion here is, frankly, absurd.

Another odd choice is America’s George Marshall, a bureaucratic desk warrior. Even odder is the fact that Roberts barely mentions Marshall’s main claim to fame, his eponymous plan for reconstructing Europe after the Second World War, concentrating instead on his strategic initiatives during the war itself.

The core of the book are the essays on five of the warlords of that conflict: Churchill, Hitler, Stalin, Eisenhower and de Gaulle. The sixth, Roosevelt, is missing but would surely have been a better candidate for inclusion than Marshall. Roberts brilliantly shows the Anglophobic de Gaulle as the odd man out in the quintet: his rise from being a general without an army or country in 1940 to parleying on equal terms with Stalin and Roosevelt in 1945, largely by throwing hissy fits, is concisely explained.

As this cast list indicates, Roberts’ chief interest is the interface between politics and war rather than military strategy and tactics. Only one of his nine subjects – Nelson – was a purely military man rather than a political soldier. Even here Roberts displays scant interest in Nelson’s naval tactics, devoting more space to the admiral’s relationship with Lady Hamilton than, for example, his victory at Copenhagen.

These essays, then, are potted biographies, rather than military studies – and none the worse for that. Roberts has a gift for finding the anecdote or quotation which reveals an essential truth about his subject. These are best deployed in his excoriating essay on Hitler, whom he disparages – following the verdict of Alan Bullock – as a human null; ‘a man you would pass unnoticed in the street rather than cross the road to avoid’. His quotes from Hitler’s rambling ‘Table Talk’ certainly prove that the Führer was an invincibly ignorant crank who was wrong about almost everything. Nonetheless the mystery remains unexplained as to how this ‘pathetic excuse for a human being’ came to be master of Europe.

Roberts doesn’t tell us. He presents Hitler’s nemesis Stalin as a convinced Marxist-Leninist who distrusted everyone – except, ironically and almost fatally, Hitler himself. Despite having tortured or murdered most of the Red Army’s leading generals, Stalin presided over Russia’s victory in the ‘Great Patriotic War’ by dint of being even more ruthless in sacrificing millions of lives (including his own son, Yakov) than the Nazi enemy.

Perhaps the best essay here is on Dwight Eisenhower. Like his mentor Marshall, Ike was a desk soldier whose only shot fired in anger was aimed at a rat which infiltrated his HQ. Yet he was the quiet man whose tact, moral courage and assumption of supreme command over fractious and more flamboyant generals like Montgomery and Patton was chiefly responsible for liberating Europe from tyranny. We all owe him a debt that is still not fully acknowledged.

Leadership in War: Lessons from Those Who Made History
Andrew Roberts
Allen Lane 256pp £20

Nigel Jones is a historian and author specialising in the world wars.