What links Tolkien and Chaucer? 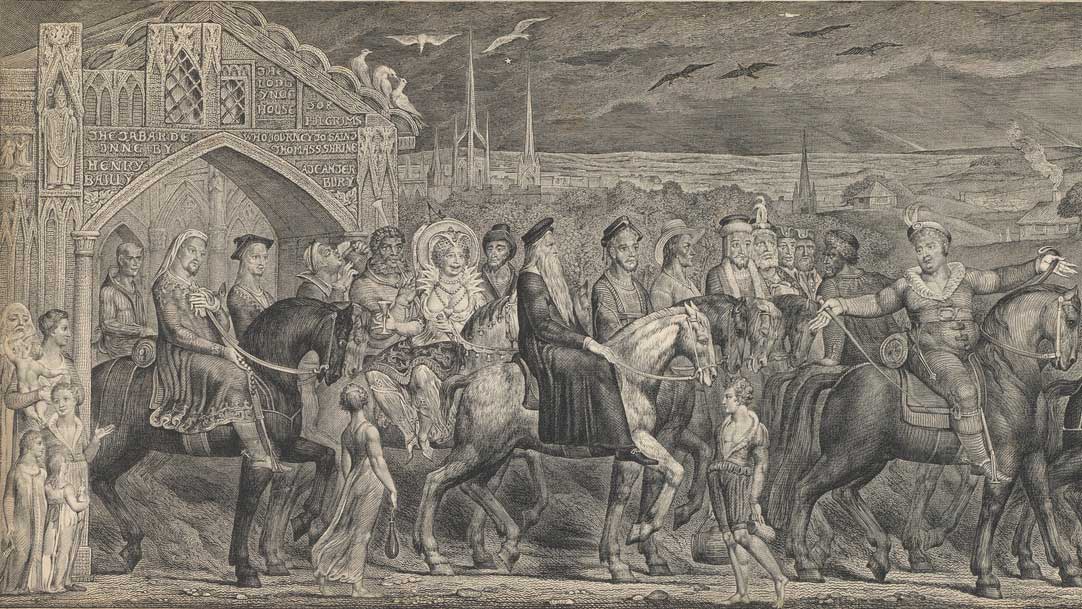 Even in the world of academic publishing, where time moves at its own glacial pace, 29 years is a long time to work on a project which never saw completion. In 1922, J.R.R. Tolkien was commissioned by Oxford University Press as a junior collaborator on a student edition of selected passages from Chaucer. He was a young academic at the beginning of his career and it should have been a fairly straightforward job: an adaptation of extracts from an existing edition, with notes and glossary for a student readership.

Tolkien worked on the project on and off during the 1920s, but was hampered by an unreliable co-editor and his own inability to stick to the publisher’s prescribed limits. Asked for 20 pages of notes, he produced 160 pages of material, much of it far too detailed for the readership. The project foundered, but was only finally abandoned in 1951, when the incomplete drafts were returned to OUP. There they languished in a cellar, largely unknown until 2013, when they were rediscovered.

John Bowers’ Tolkien’s Lost Chaucer reconstructs Tolkien’s work on this unfinished project, exploring what it reveals about Tolkien’s engagement with Chaucer and his methods as a scholar and a creative artist. As a medievalist, Tolkien is most associated in the public imagination with Anglo-Saxon literature, especially Beowulf, but much of his published academic work was actually in Middle English language and literature, on texts such as Ancrene Wisse and Sir Gawain and the Green Knight. He had a longstanding interest in Chaucer and even played the role of the poet at Oxford festivals in the 1930s, at the invitation of the Poet Laureate John Masefield: Tolkien performed extracts from The Canterbury Tales in reconstructed Middle English pronunciation, wearing a Chaucerian forked beard.

From a philological point of view, Tolkien was particularly intrigued by Chaucer’s use of Yorkshire dialect in The Reeve’s Tale and analysed what it can suggest about regional variation in 14th-century England, Chaucer’s ear for language and Scandinavian linguistic influence in the north. But his engagement with Chaucer was wide-ranging and Bowers proposes a number of places where echoes of Chaucer may be found in Tolkien’s fiction. Some of these suggestions are more persuasive than others, but all are thought-provoking.

The surviving material of the ‘lost Chaucer’ is fairly slight and in places very technical, but Bowers demonstrates neatly that even the most arcane philological detail could act as creative inspiration for Tolkien. It is refreshing that he discusses how this aborted edition displays Tolkien’s weaknesses as a scholar – his inability to finish projects and inattention to the needs of his student readership – as well as his superb literary skill. The tendency to leave their works incomplete is, as Bowers points out, something Tolkien and Chaucer had in common.

The book also offers a fascinating, at times startling, insight into medieval studies in the first half of the 20th century. Although Tolkien’s unpublished work on Chaucer was quickly superseded, it is revealing not only in itself but also as evidence of how scholarly priorities have changed in the past century. These days it would be unthinkable to propose an edition of extracts from The Canterbury Tales without the Wife of Bath, just as it would be to offer students, as Tolkien did, a splash of gin at their morning tutorials. Things have changed.

The appetite for Tolkien’s works, however fragmentary, seems to continue unabated. This book is a very welcome addition to the ever-growing library of his unfinished tales.