A bridge between India and Persia. 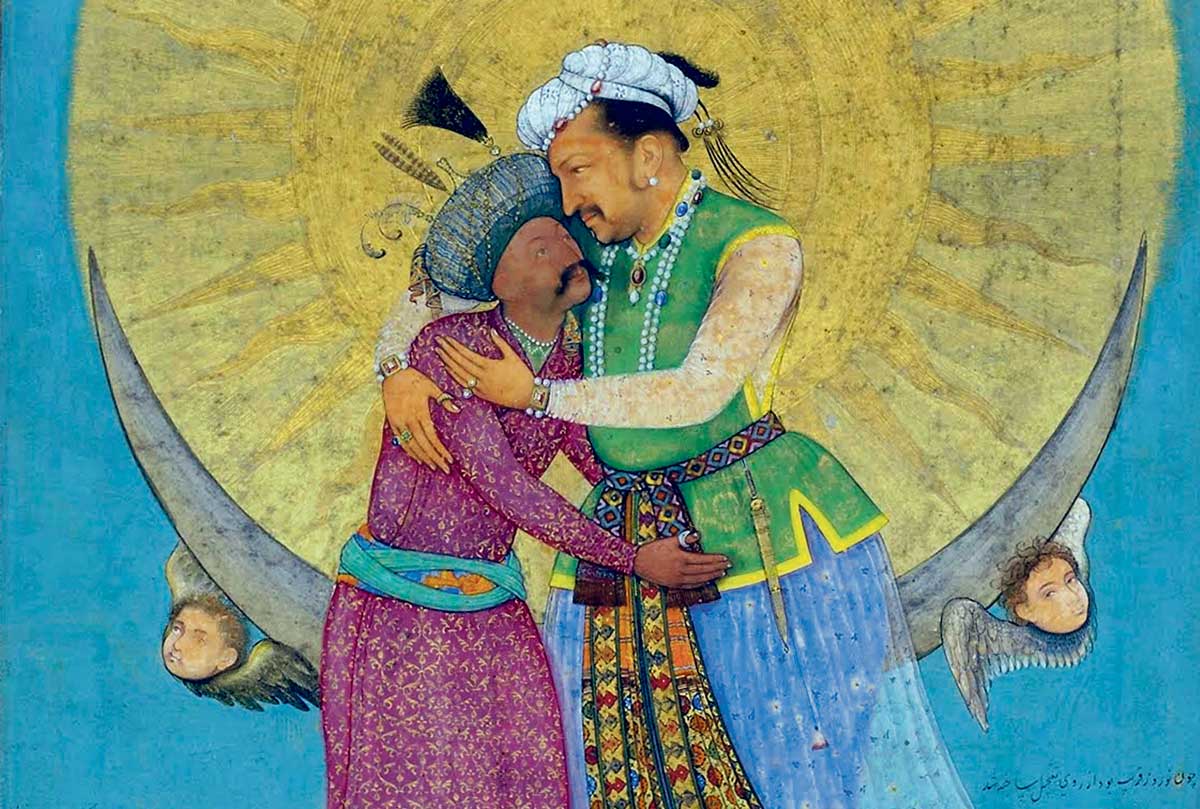 Today, we largely think of Persian as the national language of Iran. But this region is merely the core remnant of a once enormous swathe of the Eurasian landmass in which Persian was the lingua franca for nearly 1,000 years. Stretching from the Bosphorus to the Brahmaputra, and the Oxus to the Indian Ocean, what historians now call the Persianate world was a vast, interconnected arena linked by the Persian language, its literature and the ideas and cultural values carried within them.

Perhaps most surprisingly, it was in India between c.1000 and 1860 that Persian was most widely successful as a language of officialdom, trade and high culture: from the poetic genius of Amir Khusrau (d.1325) via the encyclopaedic intellect of Abu’l Fazl (d.1602) to Mir’at ul-Akhbari, Raja Ram Mohun Roy’s pioneering 1820s newspaper, and from Kashmir to Madras. Nor was Persian considered sectarian in India: the Maratha leader Daulat Rao Shinde (d.1827), a devout Hindu, refused to step outside his campaign tent in the morning before casting his daily omen in the dīvān (collected poems) of the Persian poet Hafiz. Even the East India Company worked in Persian. By the time the British took over, Persian literature, language and ways of being had been working their way into the Indian soil for over eight centuries.

Richard M. Eaton is the foremost historian of Islam in pre-colonial South Asia and the author of several award-winning volumes which tackle the longue durée history of Indo-Muslim societies. His particular focus has been on regions where Muslim sultanates abutted the territories of Hindu rajas, creating contact zones that gave rise to unique mixed cultures. He has now brought that lens to bear upon the whole sweeping story of India’s ‘Persianate age’, in what is probably his most important book.

One fraught issue of recent South Asian historiography has been how to define and explain India’s middle period, between the first establishment of Muslim sultanates and the rise of British colonialism. Colonial historians bequeathed to us a tripartite division of Indian time, in which the middle period was a Muslim-era of despotism wedged between a Hindu Golden Age and the enlightened liberalism of British rule. Rejecting the sectarianism of these terms, post-independence historians replaced ‘Hindu-Muslim-British’ with the more secular ‘ancient’, ‘medieval’ and ‘modern’. This was a mere renaming: the old time divisions remained but with the unfortunate side-effect of extending the ‘medieval’ absurdly into the 19th century. More recently, historians have reclaimed Mughal India (1526-1858) for global early modernity. But the sense that there is something distinctive about the whole of India’s middle period, c.1000-1800, still persists.

Herein lies the genius of Eaton’s argument: by recognising India’s middle period as belonging to the Persianate age, he gives the most persuasive account yet of its distinctiveness – as rooted not in religion, but in the power and possibilities of the interaction between the languages, cultures and ideas of the two great transregional civilisations of the time, the Sanskrit and Persianate worlds. Building on the remarkable findings of a new generation of interdisciplinary historians, such as Francesca Orsini and Samira Sheikh, Eaton demolishes older models of periodisation. He points out that pre-colonial polities did not generally use religious difference to divide their world: Sanskrit writers around 1000 called the horsemen coming in from the north-west Turks (turushka), not ‘Muslims’. Eaton’s argument takes off from Sheldon Pollock’s ‘Sanskrit cosmopolis’, the diffusion of Indian culture c.300-1300 not through force of arms, but through the emulation of ideas and practices embodied in Sanskrit texts that circulated among peoples of different backgrounds. From around 1000, Eaton argues, a second cultural force of significant transregional attraction began to spread into South Asia. This was the ‘Persianate cosmopolis’, embodied in Persian poetry and epics, but also in works of history, ethics, science and statecraft. Eaton’s argument is that Sanskrit and Persianate worlds overlapped completely in the subcontinent before the first Mughal emperor Babur appeared on the plains of Hindustan in 1526.

The story of India’s middle period is thus, most fundamentally, the story of the considerable interactions between India and the Persianate world, of ‘intense contact with other regions, particularly with the Iranian plateau, with Persian culture, and with Islam’. Not only that: Eaton presents substantial evidence that, at times, India was the centre of the Persianate world. Ordinarily, South India is presented as distinctively more Hindu than the north. Not here. In perhaps his most significant intervention, Eaton addresses the entirety of the subcontinent in his consideration of the mutual infusion of Sanskrit and Persianate worlds in relation to significant political, social and cultural shifts in both north and south. Throughout, he draws attention to the circulation of Persianate concepts, especially concerning sovereignty, politics and morality, and their interactions with Sanskrit ideas in and between different regions. He does so not only in these transregional languages, but also in Indian vernacular literatures and regional arts.

In doing so, for the first time, Eaton makes sense of things that are inexplicable if we wrongly assume a division between Hindu and Muslim to be foundational to South Asian historiography: that the founder of the Hindu kingdom of Vijayanagara declared himself to be ‘sultan among Indian kings’, for instance, and that later rulers had themselves sculpted wearing the headgear of Iranian royalty; or that the famous Charminar mosque built by the Qutb Shahi sultans of Hyderabad emulated the cosmic symbolism of the central pavilion at Warangal built by previous Hindu rulers.

India in the Persianate Age is Eaton’s mature masterpiece. It will, undoubtedly, become the authoritative account of this most politically controversial period of South Asia’s long history. My one small quibble is with Eaton’s end date of 1765, the year of the Treaty of Allahabad, in which the Mughal emperor ceded Bengal to the East India Company. Persianate culture lasted much longer in India. It was only in 1835 that the British replaced Persian with English as the official language of their territories. Persian publications continued to roll off Indian printing presses well into the late 19th century.

In 1839, Emily Eden and her brother, the governor-general Lord Auckland, were treated to a performance by Delhi’s fabled elite courtesans at the house of a Eurasian resident, Captain James Skinner:

They acted passages out of Vishnu and Brahma’s lives and sang Persian songs … Mr. B., who speaks Persian as fluently as English, kept saying ‘Well this is really delightful—this I think is equal to any European singing’ … Certainly the words, as he translated them, were very pretty. One little fat nautch girl sang a sort of passionate song to my brother … ‘I am the body, you are the soul: we may be parted here, but let noone say we shall be separated hereafter.’

This line is recognisably a Persian couplet by the greatest of Delhi’s medieval poets, Amir Khusrau, still sung in India and Pakistan today. Indian gods and Persian poetry remained inseparable, body and soul, in the mouths of classical singers and the hearts of their listeners throughout the colonial period. You can still go to the book market near the Charminar and buy a dīvān of Hafiz, with instructions in English on how to divine your future. Persian lives on in South Asia, but it does so under the skin.

Katherine Schofield is Senior Lecturer in South Asian Music and History at King’s College London and co-editor of Monsoon Feelings: A History of Emotions in the Rain (Niyogi, 2018).