The Places that Shaped the Tudor World

A skilfully woven synthesis tells the story of the castles, palaces and great houses of Tudor England. 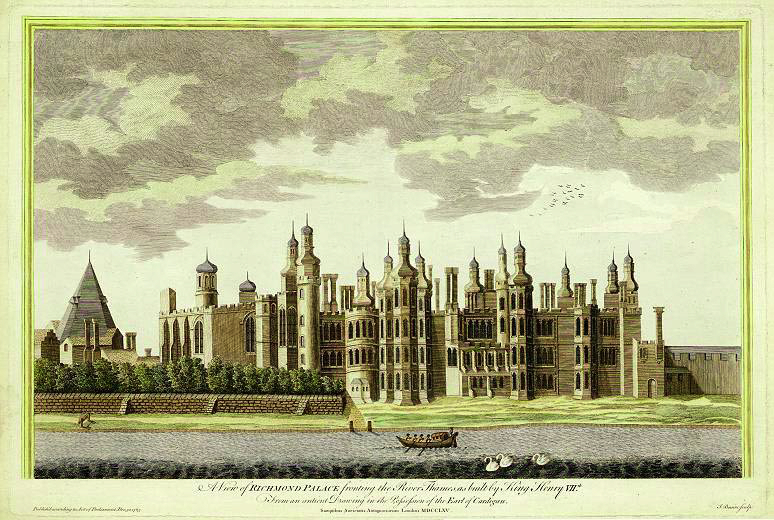 Books about the Tudors appear with startling frequency, but a new book about their contribution to architectural history should make readers sit up, since it is a woefully under-represented subject. Indeed, Simon Thurley has something of a monopoly in the field and this new book synthesises 30 years of research on the palaces and their landscapes – including Greenwich, the Tower of London, Westminster, Richmond, Hampton Court and Windsor Castle – pulling in a wealth of others’ research on Tudor politics, culture, daily life and religion to bring a new and welcome perspective to this popular period.

The account is broadly chronological and jumps effortlessly between residences to bring out key themes. The miserly Henry VII of historical stereotype is again dispelled by Thurley’s description of a king seeking to stabilise his position by displaying the requisite royal magnificence; a point of view that follows recent scholarship. Here was a man who spent vast sums rebuilding the royal manor of Richmond (formerly Sheen) and furnishing his palaces with the finest textiles. His son, Henry VIII, after years languishing architecturally in Cardinal Wolsey’s shadow, displayed his megalomania through the acquisition and rebuilding of property every bit as acutely as he did through his political and personal behaviours. Elizabeth, typically characterised as uninterested in architecture, is shown by Thurley to have been an innovator in interior decoration. Yet this is not just a book about their buildings, but also about the rich tapestry of daily life that inhabited them, from religious ritual to bed-making.

Thurley’s narrative is enriched by vividly described details of building campaigns, decorative schemes and furnishings, many of them taken from contemporary manuscripts, such as the account books of the Office of Works. However, these small details are where Houses of Power is sometimes found wanting. It is to be commended that Bantam Press has allowed endnotes – an increasing rarity in books of this nature – but following them to their source can, on occasion, be a frustrating and labyrinthine process that ultimately highlights weaknesses, as there appear to be numerous inaccuracies in transcribing data from primary sources.

Nonetheless, despite such faults, Houses of Power should be celebrated. Thurley’s skill is in seeing the bigger picture and weaving together a complex tale of a century or more of architectural innovation at countless palaces, houses and castles, driven by five equally complex royal patrons against a turbulent sociopolitical backdrop. In other less experienced hands the story might have been dry and confusing, but Thurley’s masterly storytelling has delivered a book that is as enjoyable to read as it is informative. It will be full of surprises, even to those who think they know the Tudors.