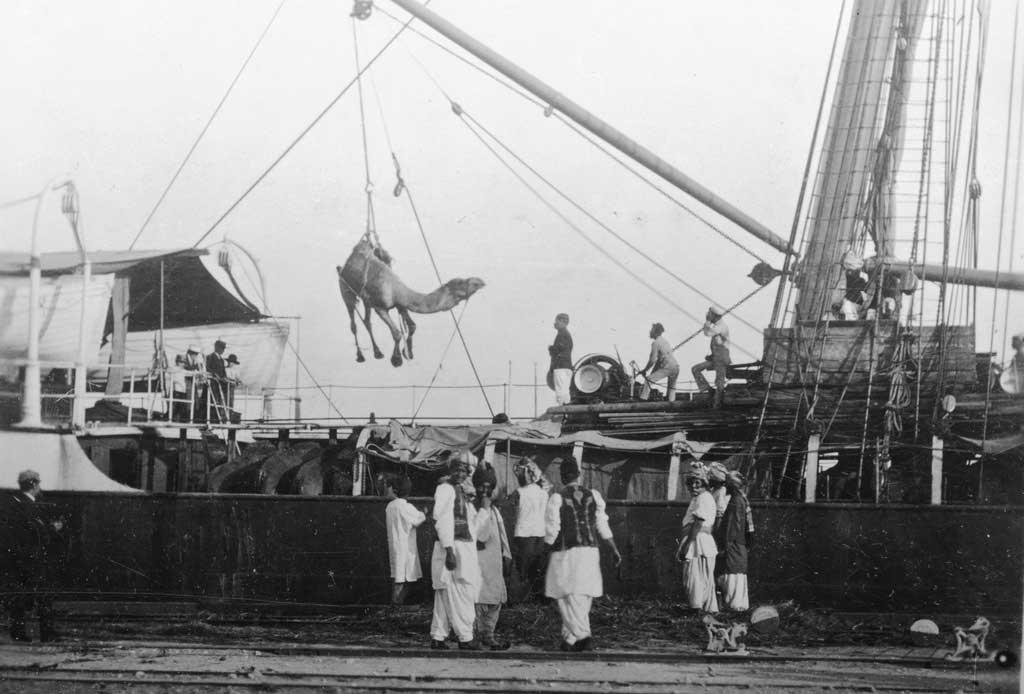 It began with a book in a mosque in the most unlikely of locations. Dhaka-born Samia Khatun, then a student at the University of Sydney, discovered a photograph of what was labelled as a Quran, located in a corrugated-iron mosque in Broken Hill – a mining town in outback Australia, some thousand kilometres inland from Sydney – but could tell that the book was no such thing. After further investigation, it was revealed to be a Bengali-language Sufi songbook called the Kasasol Ambia (Stories of the Prophets), editions of which had been published in Calcutta from the 1860s. How did the songbook end up there, erroneously labelled, in the middle of the outback?

This is the starting point for Khatun’s Australianama, a series of linked historical essays that focus on the period spanning 1870 to 1920, when thousands of South Asians, predominantly from Afghanistan and India, lived and worked in Australia. Though not the first such wave of migration – sepoys and sailors on British ships had arrived in the 18th century followed by migrant labourers including many Sikhs in the earlier 19th century – this wave of migrants was, too, drawn by the camel trade and economic opportunity in the colonies.

Camels played a vital role in the colonies’ expansion into areas inaccessible by rail, providing supplies and connections to goldfields, sheep properties and other remote settler communities, sited on unceded Aboriginal land. The South Asian groups tended to establish separate ‘Ghan towns’ (‘ghan’ being the term for camel drivers and now the name of a cross-country railway) on the outskirts of major outback settlements, usually on railway and camel routes. They often mingled, sometimes through marriage, with Indigenous Australians. And, like those communities, their lives played out against the background of growing Australian racism, which culminated in the 1901 White Australia Policy. As Khatun shows, South Asian history runs deep in Australia, leaving significant traces across the physical and cultural landscape – for those who know how to look.

Australianama’s scope takes in not just the camel trade but transnational marriages, lascars at sea, hawkers on inland rivers and a Muslim missionary clerk, Hasan Musakhan, who wrote prolifically about Islam in the Australian press. She follows the trail of an Aboriginal-language story, passed orally through generations, of two young women encountering two ‘Afghans’ at the Alberrie Creek train station. She travels to meet an Arabunna man, Reg Dodd, an Indigenous leader who guides her into his community’s world of historical stories.

Khatun never discovers who brought the Kasasol Ambia to Broken Hill. Instead, she frames her book around the world of possibilities opened by this question. Australianama is no linear travelogue but a sprawling exploration of history as storytelling. At its heart is a manifesto against the structures that silence and objectify colonised people, the myths of ‘blank space’ and the prevalent belief in the superiority of European thought. ‘One key to finding a way out of the prison house of colonial-modernist thought’, Khatun writes, ‘is refusing to interpret the world through mutually-exclusive antagonistic binaries that structure modernist analysis.’

If that language sounds off-putting, then be warned: Australianama repeatedly declares itself anew, announcing in theory-laden terms its departure from conventional Australian history and ‘Enlightenment epistemes’. Khatun’s use of theory sometimes threatens to obscure exactly what she is writing against, except for colonialism writ very broadly. Australianama dubiously combines Victorian race science, academic history, the wars in Iraq and Afghanistan and monolingual Australian historians into one monolithic whole, against which her essays confidently rebel. Australia’s gaffe-prone ex-prime minister Tony Abbott is an easy target: but he is hardly the most up-to-date spokesperson of the establishment. A closer engagement with – or even a better definition of – the institutions and worldviews being criticised would give a clearer sense of what is being gained through Khatun’s genuinely radical work. Regardless, Australianama is an exciting addition to Australian postcolonial history. As Reg Dodd remarks to her, reflecting on their collaboration: it’s a good start.

Alexander Wells is a writer based in Sydney.