For Louis, the conversion of Muslims to Christianity, ideally by peaceful means, was important. 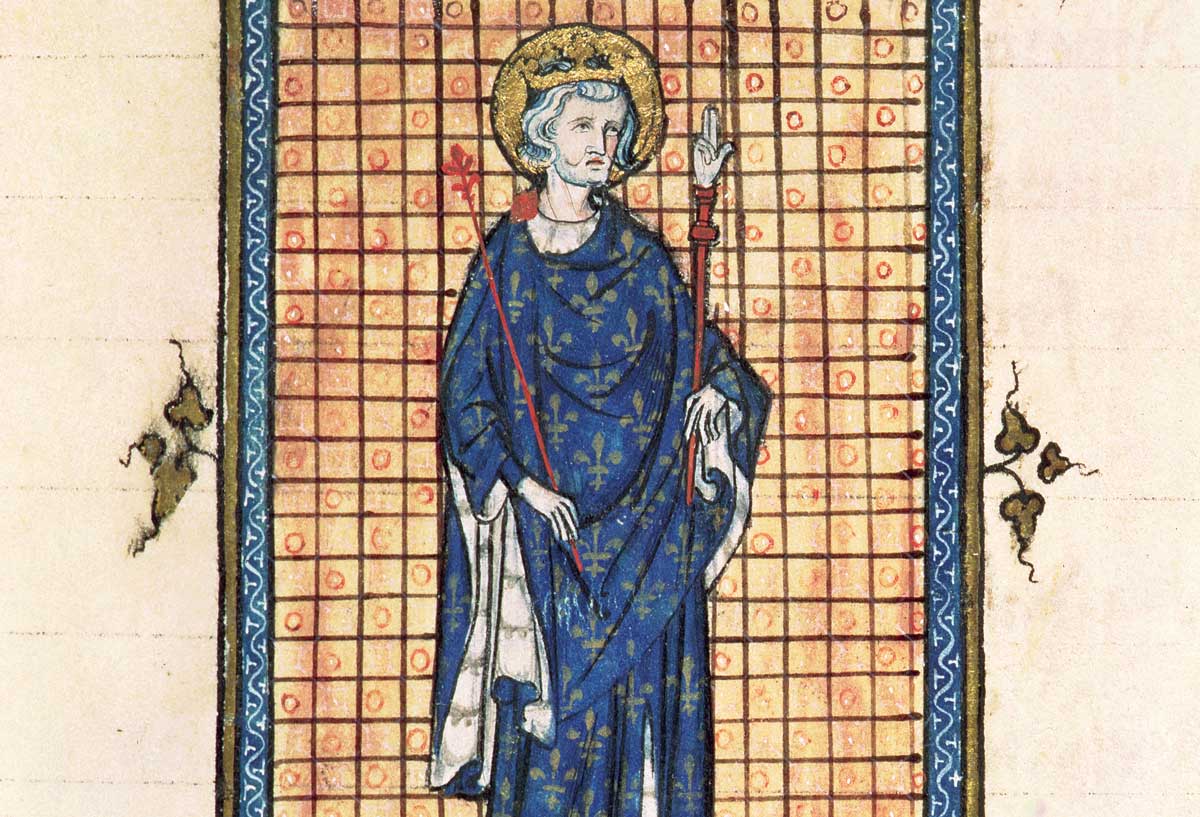 Louis IX, king of France from 1226 to 1270, was an enthusiastic if unsuccessful Crusader. During his crusade to Egypt in 1248-54, he was captured and ransomed at great cost. On his crusade to Tunis in 1270, he contracted dysentery and died, along with a large number of his companions and troops. After his death, his family and members of the French church pushed to have him canonised. He was declared a saint in 1297.

Several accounts of Louis’ life, intense piety and saintly deeds were written, either with the express purpose of ensuring his canonisation, or, afterwards, to embellish his reputation as a saintly king. Two Dominican friars, Geoffrey of Beaulieu and William of Chartres, who had been very close to Louis, as, respectively, confessor and chaplain, wrote the hagiographies which ensured his canonisation. William of St Pathus, a Franciscan, and confessor to Louis’ queen, Marguerite of Provence, and Jean de Joinville, an aristocrat and soldier who accompanied Louis on his first Crusade, both wrote shortly after the canonisation.

All of these accounts make some mention of Louis’ interest in the conversion of non-Christians to Christianity. Geoffrey of Beaulieu in particular insisted that Louis directed his last, fatal, campaign to Tunis, because Louis had been informed that the emir of Tunis was on the verge of converting to Christianity and that his people would convert along with him. The decision to lead a Crusade to Tunis rather than the Holy Land required some explanation. Geoffrey’s explanation sounds like special pleading – and even Geoffrey had to admit that Louis had been misinformed as to the emir’s intentions. Geoffrey also claimed that the king persuaded some Muslims to convert to Christianity on the earlier Crusade and that Louis shipped them to France and settled them there. In general, historians have not seriously accepted these hagiographical accounts of Louis’ intention to obtain the peaceful conversion of Muslims to Christianity, let alone to settle them back in the kingdom of France.

In this fascinating new book, William Chester Jordan argues that we should give these accounts more credence. For Louis, the conversion of Muslims to Christianity, ideally by peaceful means, was indeed important. Perhaps this should not be surprising. It is clear that Louis’ mother, Blanche of Castile, supported converted Muslims from her native Spain. Her gifts to them appear on household accounts. The hagiographies reveal Louis’ determination to ensure the conversion of Jews within his kingdom. Louis could not bear to look at a Jew, claimed William of Chartres. But Geoffrey of Beaulieu includes a striking anecdote of Louis sponsoring the baptism of a prominent Parisian Jew – at the royal abbey of Saint-Denis, no less. Joinville includes an account of Louis’ meticulous preparations for the hoped-for conversion of the Mongols, sending them a precious silk tent embroidered with images of the life of Christ.

Jordan provides solid archival evidence of the presence of the converted Muslims in the kingdom of France. He has managed to trace them, through royal fiscal and household accounts and records of court cases. He demonstrates that in 1253-4 more than 1,000 Muslim converts were settled in the cities, towns and surrounding countryside of northern France. Many were around Paris and the Île de France, but he has identified several in Artois and Normandy, including Coutances on the western coast of the Cotentin.

Jordan does not simply demonstrate that Geoffrey of Beaulieu was right. What makes this book special is his ability to exploit the apparently dry fiscal, household and judicial sources to reveal the lives of these converts: a disabled mother and her daughter in Tours, scraping a living on a modest pension; or Dreux of Paris, living a far more comfortable life with his wedding paid for by Louis himself.

Where such personal detail proves elusive, Jordan uses his deep knowledge to explore the lived experience of converts on their long and challenging journey across the Mediterranean to the cold damp north of the French kingdom. The weather looms large in this book. The cold climate meant that the immigrants had to adjust to new clothing, houses, foods and famines.

This short, subtle and elegant book provides a new and refreshing perspective on Louis IX, his piety, his kingdom and its place in the global 13th century.

The Apple of His Eye: Converts from Islam in the Reign of Louis IX
William Chester Jordan
Princeton
200pp £27

Lindy Grant is Professor Emerita of Medieval History at the University of Reading and author of Blanche of Castile: Queen of France (Yale, 2016).