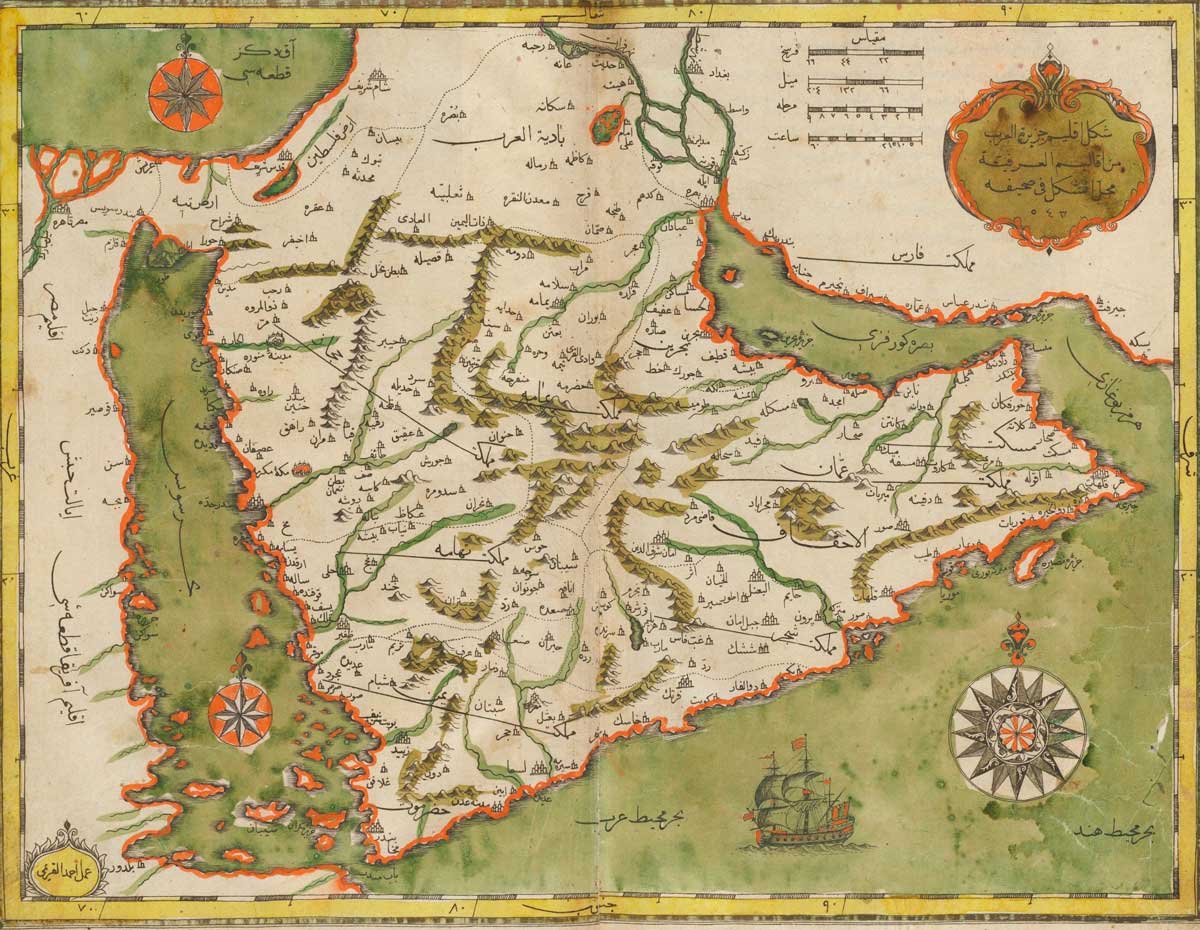 In the summer of 1682, French warships appeared outside the harbour of Algiers. They had been dispatched to bombard the North African city in revenge for Algerian forces seizing French shipping, aiming to impose a new peace treaty upon the Dey. Algiers was pummelled. Houses, mosques and other public buildings were destroyed. The French returned the next summer and again in the summer of 1688, to enforce their will on the Algerian authorities through indiscriminate shelling.

Accompanying the French fleet in 1683 was a translator, François Pétis de la Croix, an Orientalist with command of Arabic, Persian, Armenian and Turkish. He served as a royal interpreter of Oriental languages, as his father (also François) had. Noted for writing his own interpretation of The Thousand and One Nights, modelled on Turkish and Persian stories, de la Croix was an employee of the French state, his education and training sponsored by one of Louis XIV’s most able administrators, Jean-Baptiste Colbert. De la Croix used his knowledge of Turkish to write the treaty the Algerians were forced into accepting in 1684, and assisted in the gun-boat negotiations of treaties with other North African polities.

Another of the royal interpreters of Oriental languages, a senior colleague of de la Croix, was Barthélemy d’Herbelot de Molainville. D’Herbelot is perhaps best known for compiling his Bibliothèque orientale (published posthumously in 1697). This bibliographic encyclopedia forms the key piece of evidence for Noel Malcolm’s concluding argument in Useful Enemies: that Edward Said ‘failed’ to demonstrate, in his influential study Orientalism (1978), that the collection of early modern western knowledge about the Islamic world had any influence on the exertion of its political power. Malcolm contends that, as d’Herbelot dedicated his life and career to opening Arabic, Persian and Turkish texts to a wider audience, he simply could not have been part of a malicious Orientalist project. As evidence, he points to the fact that d’Herbelot used the epic bibliographic dictionary of the great 17th-century Ottoman scholar Katib Çelebi as his major source and model for the Bibiliothèque orientale. This argument, emerging on the final pages of Malcolm’s book, comes somewhat out of the blue. It is not surprising, however, that Malcolm, who wrote a glowingly positive review of Robert Irwin’s critique of Said, For Lust of Knowing: The Orientalists and their Enemies (2006), should use his own book on European scholarship on the Ottoman world to offer a verdict on Orientalism and the scholarship it has influenced in subsequent decades.

For Malcolm, Orientalism was not a monolithic endeavour, but a number of strands of scholarship that necessarily varied over time and place. More often than not, it represented a mirror held up to the flaws of European politics and society, rather than forming a consistent and insidious project for undermining the East. Useful Enemies proceeds for the most part chronologically, from the Ottoman conquest of Constantinople in 1453 to the publication of Montesquieu’s The Spirit of the Laws in 1748, which drew a clear line between European civilisation and Eastern barbarism. That Malcolm’s book concludes before the traditional start of ‘modernity’ is important in ensuring a clear delineation between innocent early-modern curiosity and modern malice.

Much ground is covered here, but it is on the whole well-trodden. For example, what Malcolm describes as ‘the new paradigm’ – the phenomenon of largely positive depictions of the Ottoman Empire in the 16th century resulting in part from contacts created by the French-Ottoman alliance – is not a new argument, and has been dealt with by Christine Isom-Verhaaren and Pascale Barthe, among others.

One book that convincingly traces shifting European attitudes towards the Ottomans through texts, maps and images is Palmira Brummett’s Mapping the Ottomans: Sovereignty, Territory, and Identity in the Early Modern Mediterranean (2015), which is oddly missing from Malcolm’s bibliography. Brummett removed the dividing lines between ‘Ottoman studies’ and ‘European studies’. Malcolm chooses to keep the barriers up, focusing on the European gaze rather than considering the implications of cross-cultural encounters. As he makes clear in his preface, ‘this is a study of Western political thinking about Islam and the Ottoman Empire in the early modern period, not a study of Islam and the Ottoman Empire in their own right’. Can they be so neatly separated?

While Useful Enemies provides some insights into European political thought concerning the Ottomans, it would have benefitted from rooting such scholarship in the context of interactions between the Ottomans and Western Europe. Certainly, European scholarship on the Ottoman Empire had a use, as Malcolm argues, in reflecting European anxieties about change in its own societies. Much of this was driven by genuine curiosity. But at the same time, it is crucial to remember the ties between Orientalist scholarship, state patronage and state policy.

The objectives of Katib Çelebi and d’Herbelot in creating bibliographic encyclopedias of the Islamic world were different. Influential Orientalists, especially from France, were not only scholars of literature and philology but agents of a state. Useful Enemies ignores the fact that the knowledge they acquired fed into policies and approaches that, especially in the case of France, increasingly aimed to exert power and control in the Mediterranean and beyond. Scholars like de la Croix, who accompanied a French military force on campaign in North Africa a century before Bonaparte set foot in Egypt, shatter the illusion of innocent, inward-facing scholarship and make clear the close relationship between early modern knowledge, power and the state.

Michael Talbot is Senior Lecturer in History at the University of Greenwich.