Two new biographies advance our understanding of the Ultima Thule in evil. 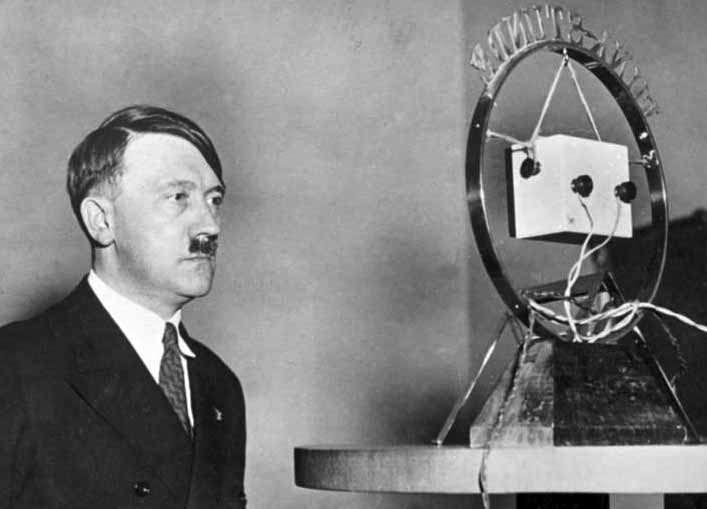 Two decades have passed since Ian Kershaw published his double-decker biography of Adolf Hitler, Hubris and Nemesis, which was widely hailed as definitive. Since then, however, much new material has emerged about arguably the most closely studied life in history.

Now two new massive biographies appear written by distinguished historians, one Irish and one German, but both working in Britain. The question is: do they advance our understanding of the man whose very name is now a cliche for the Ultima Thule in evil? In their very different ways the answer is a resounding ‘Yes’.

Peter Longerich, originally writing in German, has already written biographies of Hitler’s leading henchmen Goebbels and Himmler. Now, he tackles the Führer from a base camp of surely unrivalled knowledge of the Nazi creed that his subject created and embodied.

Longerich’s leitmotif is to continually stress Hitler’s central and crucial role in every area that his malign influence touched, from his seizure of power in the tiny groupuscule he joined in 1919 and moulded to his icy heart’s desire, to his micro-meddling in military matters in the dying days of the global war he had launched.

Forget the impersonal political and economic forces – war, defeat, revolution and counter-revolution, hyperinflation and mass unemployment – that created the conditions for Hitler’s rise to supreme power. Longerich leaves us in no doubt that without Hitler’s powerfully hypnotic personality and his direct intervention in the smallest detail of events, history would have taken a very different course.

Brendan Simms has his own theme that runs through almost every page of his biography. His take is that Hitler has been misunderstood by those who see him as primarily a ‘far right’ anti-communist. Simms argues forcefully that his primary motivation was a fear that Germany would be crushed by the Anglo-Saxon capitalism epitomised by the US and the British Empire. Obsessed by Germany’s falling birth rate and its emigrating population, Hitler determined to carve out his own empire in the east, which had more than enough Lebensraum for the volk to go forth and multiply.

The problem with this thesis is that Hitler, an opportunist above all, would say wildly different and often contradictory things as the occasion demanded. He could, and did, blame a world of enemies: the French, the Czechs, the Bolsheviks, the Germans themselves, his generals and, above all, the Jews, for his own and his country’s failings.

Ultimately this rancid brew of political poison and prejudice remains an enigma which, despite the exhaustive biographical inquiry to which he has been subjected, remains beyond the reach of normal human understanding. We can only hope that the crucible that formed him was unique and will never again breed such a devil’s brew.