A rich and complex portrait of the author of The Prince manages to combine scholarly analysis with the imagination of the historical novelist. 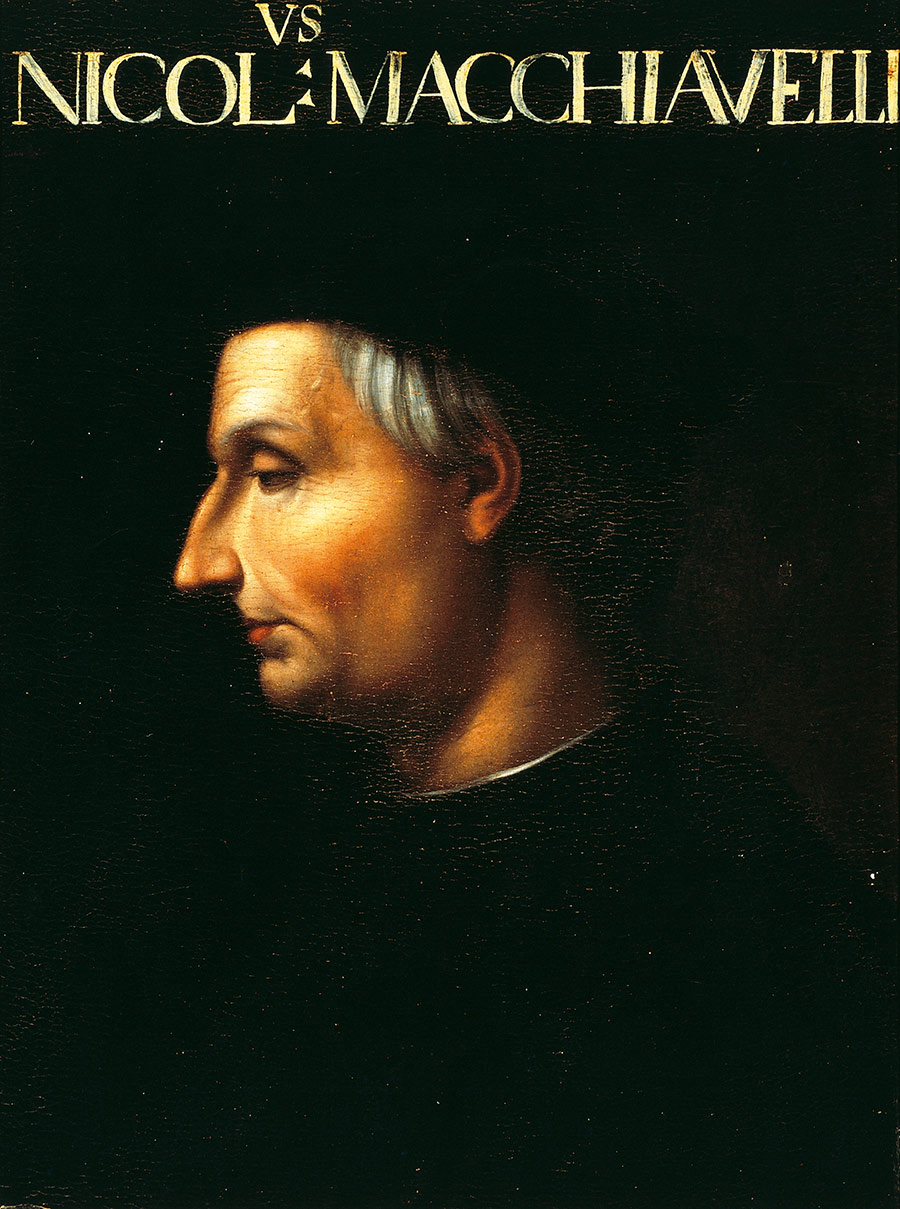 For a man who never achieved the recognition he yearned for while alive, Niccolò Machiavelli (1469-1527) has enjoyed a dazzlingly rich afterlife, though not the one he would have chosen.

Much of history’s judgment of Machiavelli concerns The Prince. Cardinal Pole, an early reader, detected in it ‘the finger of Satan’, a judgment which has been largely discredited over the years, most recently with a slew of books published to coincide with its 500th anniversary in 2013. Machiavelli scholar Erica Benner’s contribution, Be Like the Fox, arrives late, but it is worth the wait.

Her thesis is that while Machiavelli’s writings might at first appear to be filled with contradictions, ambiguities and cynical pragmatism, when viewed as a whole he remains indisputably a patriot and a republican, a man who, ‘with steely determination set out to change the corrupt world in which he lived’.

Benner is not the first historian to stress these qualities, but it is the manner in which she fashions her argument that makes it so different, even controversial. Benner’s retelling of Machiavelli’s life takes the reader into a no-man’s land between scholarship and fiction, crossing over at times into what – for some historians – would be enemy territory.

The book is told in the present tense, a device beloved of historical novelists long before Hilary Mantel made it famous. There are imaginative leaps of dramatisation, in which Benner has her own ground rules. Everything is based on historical record, so that when Machiavelli opens his mouth or Benner enters his head to ferret out motivation or feelings, she is drawing on his own words or writings.

Quite soon it becomes impossible to tell where Benner is quoting, condensing or ventriloquising. In this she could not have a more acquiescent subject. Machiavelli is a loquacious, spirited, often demotic writer, equally at ease composing drama as he is diplomatic dispatches and with a reputation as a colourful conversationalist. Benner matches his exuberance with her own. She paints a vivid picture of Italy rife with instability and violence, a backdrop against which a smart young diplomat and thinker, particularly one not out of the top drawer socially, would have had to duck and weave to make his mark. Also, as he was a descriptive observer, so Benner turns the tables on him. Take this dramatised encounter, in 1521, between Machiavelli and the Florentine lawyer, diplomat and soon to be historian, Francesco Guicciardini:

Guicciardini’s long heavy-jowled face somehow maintains the same expression when he is joking or in earnest: an expression of brooding intensity, held in check by slow moving body and fiercely self-disciplined mind. The contrast with Niccolò’s sharp cheekbones, lightweight frame, and eyes that keep acting out his words is stark yet their temperaments go together very well.

The line where fact ends and Benner’s imagination begins is tantalisingly thin. Scholars might take issue with some of her conclusions. By drawing so freely on his writings to illuminate each point of his life – it is impossible to check every reference, or diagnose how far out of context it may have come – his thought processes can appear more sophisticated than they might have been at the time; as if he had been hatched fully fledged, rather than developing and shifting with years of experience.

These are quibbles. This is a readable and engaging portrait of a man whose natural wit, humanist training, protean intelligence and ability to bend with the political winds all help explain why history has given him such a difficult ride. As he himself says in a letter to a close friend written some years after finishing The Prince:

For a long time I have not said what I believed, nor do
I ever believe what I say. And if sometimes I do happen to tell the truth,
I hide it among so many
lies that it is hard to find.

Even if that, too, is only a half-truth, it still makes him a most Machiavellian character.

Sarah Dunant’s latest historical novel is In the Name of the Family (Virago, 2017).