The nuclear physicist who revealed secrets to the Soviets. 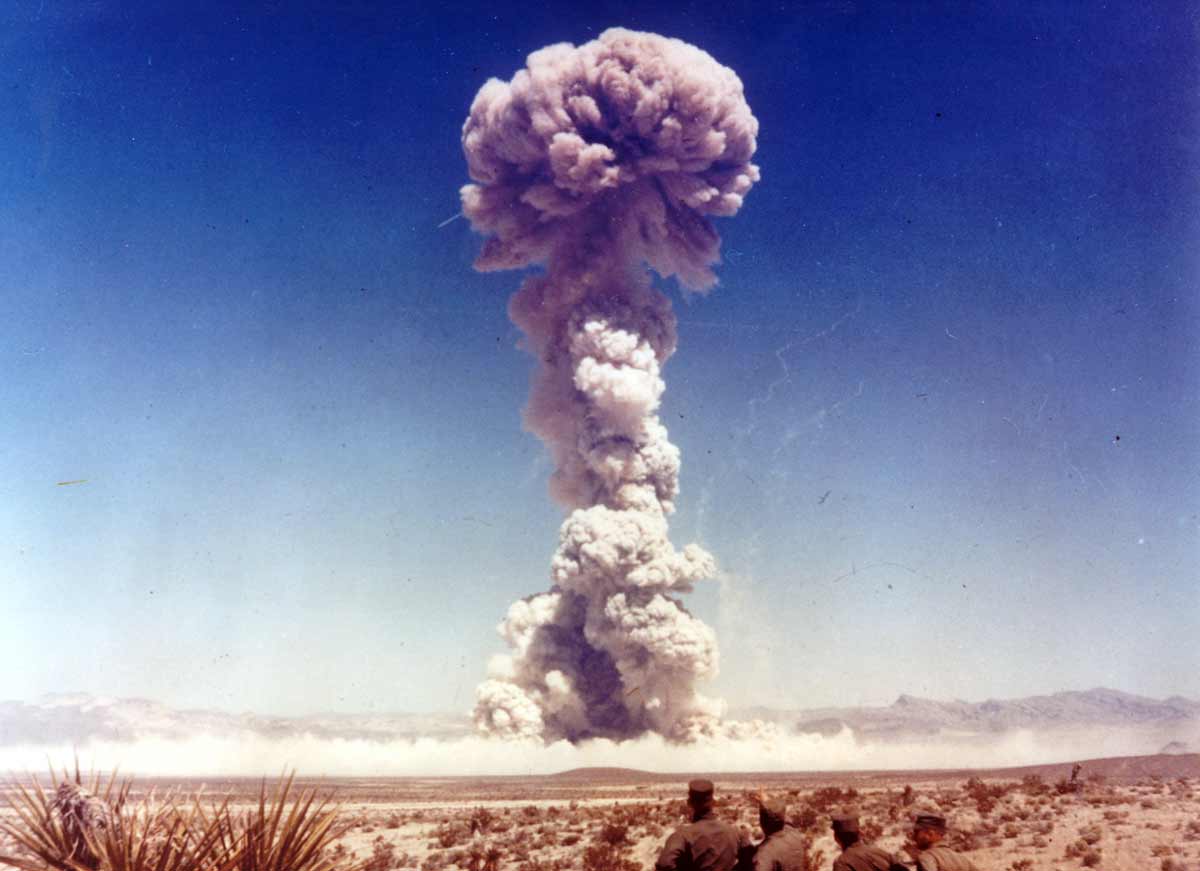 Klaus Fuchs, a brilliant German nuclear physicist, was condemned by a British court to 14 years in prison on 1 March 1950. He had confessed to the British security service, MI5, that for seven years he had handed the Soviets everything he knew about the British and American nuclear weapons projects. Frank Close, an emeritus professor of physics at Oxford, tells the story in his latest book. It has been told before, but Close adds previously unavailable details from British, American and Russian intelligence archives.

As a young man in Germany Fuchs had fought alongside the communists against the Nazi menace. He fled to Britain in 1933, where he continued his studies. When the war broke out he was interned as an enemy alien and shipped to Canada.

By 1939 the world’s physicists knew that the atom could be split and that in theory it could be harnessed to make a bomb of unprecedented force. In March 1940 two other German refugee scientists, Rudolf Peierls and Otto Frisch, suggested to the British government how it might be done. Fearful lest the Germans get a bomb first, the British set up a programme. Fuchs was brought back from Canada to take part. By then the Russians had begun their own theoretical work for a bomb.

When the British realised that their resources were inadequate, they agreed to merge their programme with the Americans’ ‘Manhattan Project’. Fuchs, Peierls and others were seconded to it. The Americans successfully tested a nuclear device in July 1945 – the ‘Trinity’ test. Weeks later they bombed Hiroshima. They then broke off cooperation with the British. Still determined to have a bomb, the British restarted their programme. Fuchs was brought in again.

Close thinks MI5 should have caught Fuchs earlier. But MI5 believed that their information was insufficient to justify banning him and their desire to be just helped preserve Britain from the excesses of McCarthyism that overtook America. The Americans were scornful of the British failure. But they took similar risks. Robert Oppenheimer, a brilliant scientist with many left-wing connections, managed their weapons programme. That gamble paid off. In Fuchs’ case it misfired: even so, he was caught only because, in the late 1940s, codebreakers finally managed to decipher his Soviet handlers’ wartime messages.

The Russians exploded their own nuclear device in August 1949, only four years after ‘Trinity’. The Americans could not believe that the Russians, with their backward industry and technology, could have succeeded so quickly without Fuchs’ help. They were not alone in underestimating the Russians’ native scientific and engineering skills and Stalin’s ruthless determination. Hiroshima convinced him that he risked nuclear blackmail by the Americans. He pressed into service thousands of slave labourers and the country’s best scientists and engineers. They soon gave him what he wanted.

In the 1990s some former Soviet intelligence officers asserted that it was their information that underlay Russian success. The scientists, incensed, published the secret record, which demonstrated their achievements. They freely admitted that the intelligence had enabled them to avoid false trails. But they pointed out that the intelligence left many questions unanswered, which they had to solve for themselves.

How much difference did Fuchs make? Close, like many others, blames the CIA for failing to foresee the Soviet bomb. But the CIA estimated as early as 1946 that they might be able to produce a bomb some time between 1950 and 1953. One recent estimate is that Fuchs enabled the Russians to get their bomb six months to two years faster. That seems insignificant against the US and Russia’s decades-long nuclear confrontation.

Fuchs never explained his motives. They seem to have been a mixture: loyalty to an ideal of communism and a belief that no one should lay claim to a monopoly of the secrets of nature. His friends and colleagues felt his personal betrayal deeply. Some nevertheless believed that he had, in his way, been an honourable man. With the passage of time his treachery seems to some – including Frank Close – less indisputably heinous than it did at the time.

Trinity: The Treachery and Pursuit of the Most Dangerous Spy in History
Frank Close
Allen Lane 528pp £25