Finding the grit in Brooklyn's gentrification. 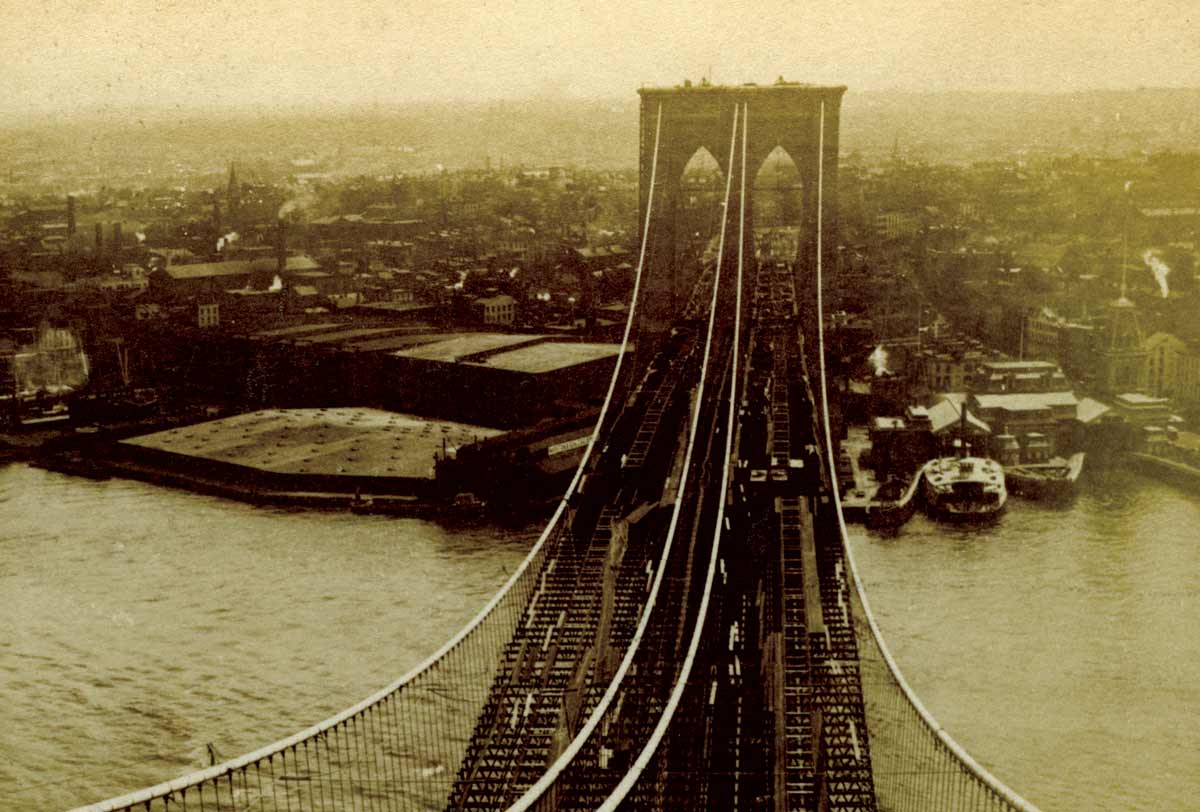 For a book that deals so rigorously with the gritty minutiae of its subject, Brooklyn: The Once and Future City has a curiously fantastical feel. Perhaps this is due to the cover image: the ‘steampunk orb’ of Samuel Friede’s Globe Tower. Perhaps it is the map in the book’s endpapers, which resembles those often found in fantasy novels suggesting wonders and horrors – Dead Horse Bay, Luna Park, Battle Hill. How can such places exist within a modern metropolis? Or, as Campanella asks and answers with authority and verve: ‘How did Brooklyn become itself?’

Initially, the book seems to be a straight-forward attempt at a definitive history of the New York borough: an attempt to ‘exhaust a place’, as Georges Perec put it. There are chapters on waterfront trade, aviation, sports, warfare and so on. Each theme is linked to a particular area: the once foul-smelling Barren Island being, for example, ‘the isle of offal and bones’. The book begins in the glacial period and the famous Brownstone are born in the Late Triassic period. Somehow, Campanella succeeds.

That’s not to say it’s all plain sailing. The author’s meticulous research, building up figures and quotes, can be overwhelming, especially next to the book’s tendency to roam outside the boundaries of Brooklyn. Interest may be in the eye of the beholder when wading through the machinations of roads and garbage. Yet these are merits as well as flaws. Campanella is always enlightening and remains critical throughout, with class and racial politics never far from the surface. He is rarely polemical, choosing to tell his tales via diverting characters such as Reverend Newell Dwight Hillis, who began prophesising ‘a better, more beautiful city’ and a ‘city of god [with] walls of jasper and gates of amethyst and pearl’ – and ended up involved in the decrepit sham of eugenics.

The thoroughness of Brooklyn is enlivened by Campanella’s eye for a startling story. After examinations of weighty topics, the reader is suddenly jolted by a cat being fired through a pneumatic postal tube, or the capture of rabid dogs fuelling a puppy-breeding industry, or equine candles whereby ‘Gotham’s horses, in death, helped illuminate the very shops and homes they trotted past in life’. The author has an admirable interest in long-lost aspects of Brooklyn and even those which could have been, like the aforementioned Globe Tower, ‘a collection of amusements in mid-air … from grand opera to vaudeville … pipe organ concerts to a three-ring circus’. Today’s Brooklyn was by no means inevitable. Next to this, he juxtaposes the real horrors of infant mortality, child poverty, horrendous working conditions and segregation, which equally did not need to be.

Here we find Campanella’s greatest quality – his ability to see the bigger picture. Whether the Globe Tower was a viable project or a scam or a mix of the two seems unimportant. Its very ambiguity is in the spirit of Coney Island. Brooklyn’s gentrification can be mapped with the proliferation of Edison lamps in hipster haunts. Above all, he understands the debt that Manhattan owes its neighbour: ‘Brooklyn fed New York, took its trash, decanted its masses, housed its workforces, manufactured its goods, and buried its dead.’

Brooklyn goes beyond a niche subject into the nature of history itself. Campanella reveals how inconvenient history is skirted over, with the revolutionaries’ failure in the Battle of Brooklyn on 27 August 1776 ‘never quite fit[ting] the glowing national narrative of God-sped exceptionalism’. He also hints at how history is almost entirely erased. To the native Canarsee people, the arrival of future Brooklynites heralded an apocalypse: ‘These first people of the American land quietly vanished as noiselessly as the morning mists disappear before the advancing day.’

Ultimately, we are reminded that history is not the past but interpretations of the past. Campanella astutely points out that the rise of interest in a story of a mass grave of Marylanders, slaughtered in battle along the Gowanus marshes, coincided with the arrival of waves of poor immigrants from Europe and elsewhere. The myth was an attempt to ‘recover all traces of the hallowed past to recharge it and renew it as a means of inoculating one’s heritage against the alien Other’. This is at the heart of the tale of Brooklyn’s mix of grit and fantasy. Like so many places, it is complex, built by dreams and barriered by fantasies.

Darran Anderson is the author of Imaginary Cities (University of Chicago Press, 2017) and the forthcoming Inventory (Chatto & Windus).