Boredom and the British Empire

The promise of exotic thrills in distant lands built up expectations which inevitably collided with a mundane reality. 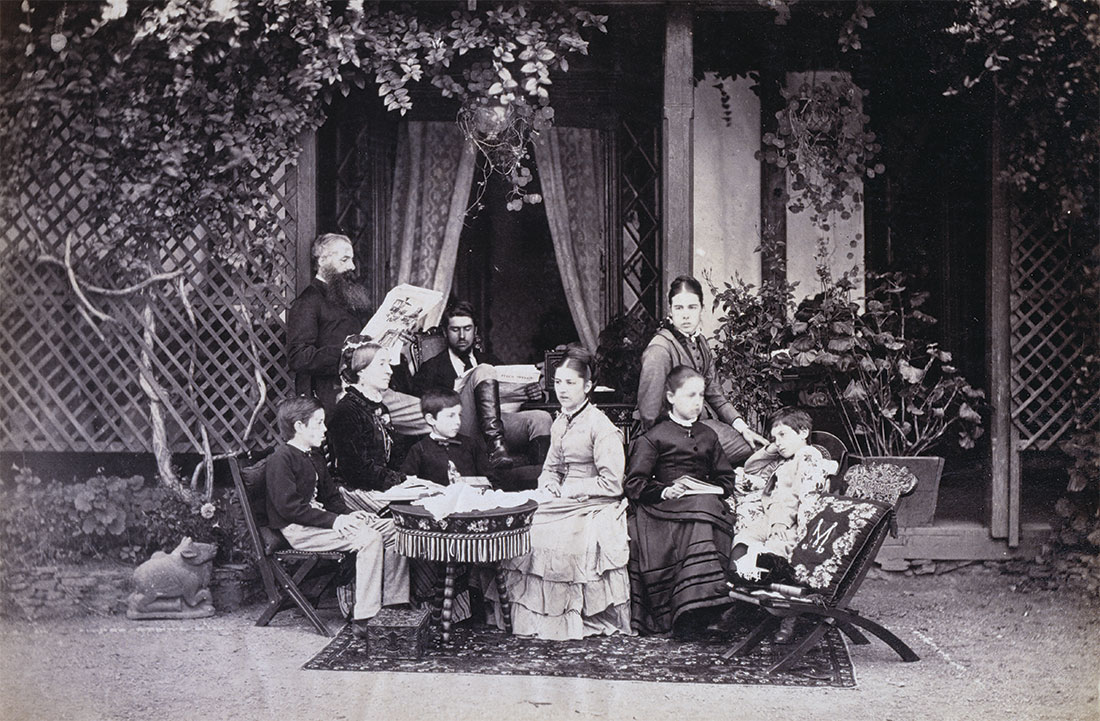 Was the British Empire boring? As Jeffrey Auerbach notes in his irreverent new book, it’s an unexpected question, largely because imperial culture was so conspicuously saturated with a sense of adventure. The exploits of explorers, soldiers and proconsuls – dramatised in Boys’ Own-style narratives – captured the imagination of contemporaries and coloured views of Empire for a long time after its end. Even latter-day historians committed to Marxist or postcolonial critiques of Empire tend to assume that the imperialists themselves mostly had a good time. Along with material opportunities for upward mobility, Empire offered what the Pan-Africanist W.E.B. DuBois called ‘the wages of whiteness’ – the psychological satisfactions of membership in a privileged caste – and an escape from the tedium of everyday life in a crowded, urbanised, ever less picturesque Britain.

As Auerbach argues here, however, the idea of Empire-as-adventure-story is a misleading one. For contemporaries, the promise of exotic thrills in distant lands built up expectations which inevitably collided with reality. For historians, the challenge is to look past the artifice of texts which conceal and compensate for long stretches of boredom to unravel the truth. Turning away from published memoirs and famous images, therefore, Auerbach trains his eye on the rough drafts of imperial culture: letters, diaries, drawings. He finds that Britons’ quests for novelty, variety and sensory delight in the embrace of 19th-century Empire very often ended in tears.

Sidestepping timeless generalisations about imperialism and boredom alike, Auerbach cleverly tethers his story to Victorian-era structural changes in the way the British Empire worked. The golden age of sail brought increasingly routine but still time-consuming maritime journeys, no longer punctuated by the provisioning stops of the past and not yet enlivened by the amenities of the steamship. The thrill of discovery faded away as the British arrived in the colonies with piles of guidebooks at hand: the routes already mapped out, the landscapes already painted, the once-exotic flora and fauna already named and classified. As growing numbers of soldiers were stationed overseas and the engagements they fought diminished in intensity, military men spent far more time drilling, building roads and hanging around barracks than in pulse-pounding combat. At the heights of state power, meanwhile, officials found the pleasures of command dulled by tedious ceremonies and endless paperwork. With the telegraph chipping away at the autonomy of the ‘man on the spot’, drafting reports and compiling statistics for the benefit of the Colonial Office filled the hours once devoted to jaunts on horseback.

This compendium of mind-numbing imperial experiences, culled from a wealth of sources and delivered with a lightly ironic touch, succeeds in deflating the glory-seeking and thrill-chasing pretensions of Victorian Empire-builders. And yet, Auerbach is far from iconoclastic where the historiography is concerned. His portrayal of a domesticated and insular imperial culture, with expanding waves of settlers striving to replicate British life far from ‘home’, recalls the work of Margaret MacMillan, Elizabeth Buettner, E.M. Collingham, Dane Kennedy and others. Given the central role of family, gender and sexuality in the domestication process, it is surprising that Auerbach pays them little heed as causal forces; while he chronicles the monotony experienced by women as well as men, he doesn’t ask whether the closing of libidinal frontiers contributed to the ennui of the latter. Familiar in Auerbach’s account, too, are the nods to a grand narrative of modernisation: this is history in a Weberian key. It’s not just that the charismatic authority of imperial rulers waned as bureaucratic constraints proliferated. It’s that imperialism in the 19th century was itself an engine of disenchantment. Blank spaces on the map were filled in, technologies of governance extended their reach and the hope of eluding modernity’s iron cage by fleeing to the colonies receded.

If not quite an invention of the 19th century, boredom was a particular preoccupation of the period: the product of new assumptions about the separation of work and leisure and a prominent theme of fin-de-siècle literature. Less clear is whether Auerbach is right to treat boredom separately from other emotional states – anxiety, loneliness, anger, fear – which afflicted the imperialist psyche. After all, a long literary tradition – from Conrad to Maugham, Orwell, Lessing and Greene – describes precisely how those varied shades of neurosis blended into one another. Besides, a more capacious history of discontent and Empire might help to connect the frustrations of the imperialist experience to the suffering of imperial subjects. When, for instance, did boredom turn to aggression and violence? One danger of Auerbach’s approach in Imperial Boredom is to portray an enervated and understimulated, yet still extraordinarily powerful, elite as more or less passive.

And yet, Auerbach succeeds in capturing the texture of everyday imperialist life as few historians have. Nostalgists for the age of pith helmets and pukka sahibs will find little comfort here. In mining the gap between public bombast and private disillusionment, Auerbach demonstrates that – even for its most privileged beneficiaries – Empire was almost never a place where fantasy became reality.

Erik Linstrum is the author of Ruling Minds: Psychology in the British Empire (Harvard, 2016).