Beds and their Bedfellows

A history from the earliest humans to those occupying ‘the bed of the future’. 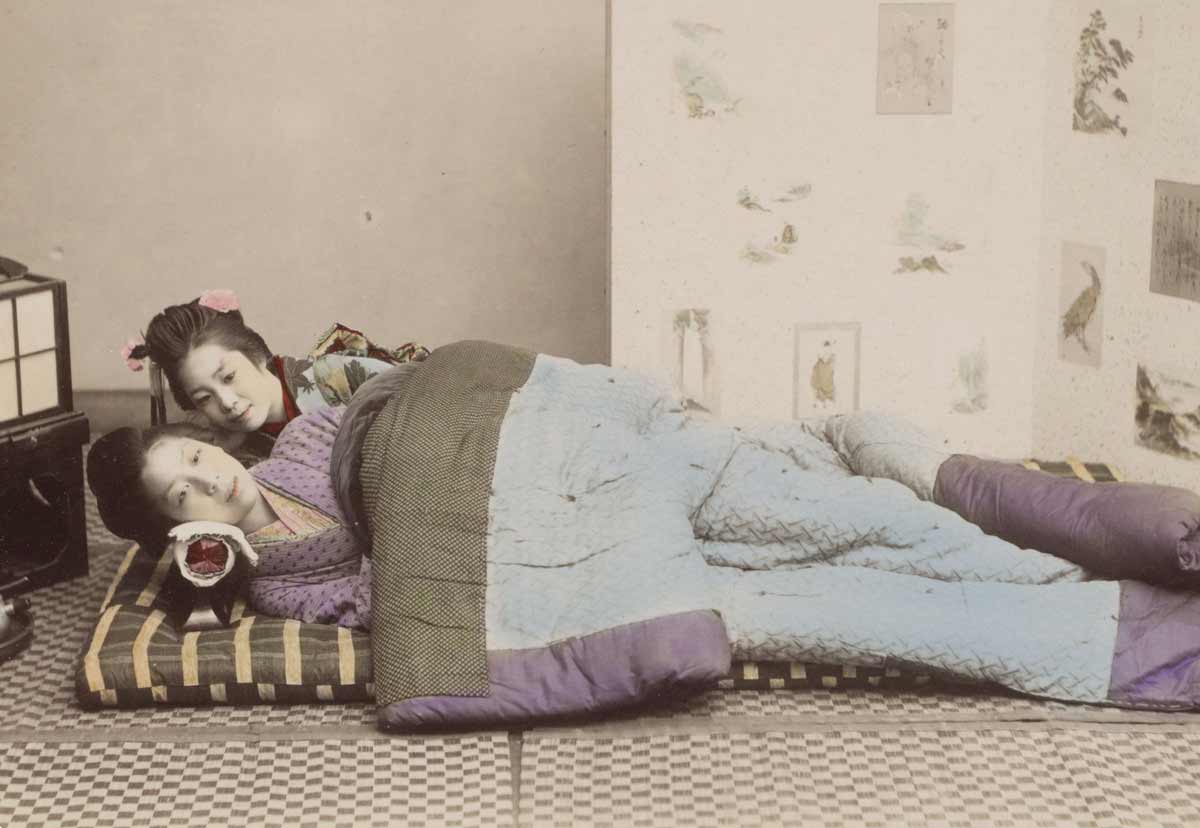 The average human spends around one third of their lives in bed. It is easy to imagine that the experience is universal, as our species could not continue without the two most obvious bed-related activities: sleep and sex. However, as Brian Fagan and Nadia Durrani demonstrate, while the basic principles remain almost unchanged across time and geography, the physical makeup of the bed, the attitudes towards beds and their range of uses vary considerably. What We Did in Bed: A Horizontal History is an ambitious book, which touches on bedfellows from a wide range of cultures and eras, from the earliest humans who ‘probably slept high above the ground’ to those occupying ‘the bed of the future’, which in the authors’ conjecture includes biometrics readers, virtual reality technology and levitation enhancements.

Years ago, conducting my own research on medieval beds, I would lie awake at night worrying what ‘bed’ really meant, and whether the piece of furniture on which I was lying counted as a bed, according to my definition. Fagan and Durrani may have had similar worries in the wee small hours. ‘How can we be sure we are even looking at beds?’, they wonder. Their audience might ask the same question. Why do the mats woven by the Sibudu people, for instance, which were ‘far more than sleeping places’, have a higher claim to be a bed than a carpet? What place does a medieval lit de parade or an army-issue sleeping bag have in a book entitled What We Did in Bed?

As it turns out, they have every right to be included. The authors argue persuasively that a bed is anywhere people might sleep, either every night or habitually in specific circumstances, but also that a bed is much more than its perceived function. Churchill governed Britain from his bed. Dying monarchs of many cultures were dragged from their trundle beds or battlefields to their state beds, so that they could be observed dying in splendour. Ancient Etruscans would lie down to eat and were buried in coffins emulating dining couch scenes. A bed is not, therefore, simply a place for sleep or sex, but right at the centre of how people everywhere lived, and continue to live, their lives.

This book is a fascinating read. It is full of anecdotes set in and around the bed, making use of primary sources where possible, and the authors can’t seem to stop themselves from relating interesting facts only tangentially linked to the topic in hand. As such, the reader is treated to a wealth of knowledge, from the rate of semen emission in ‘a strongly built seventy-year-old’ (once a month) compared to a ‘strongly built fifteen-year-old’ (twice a day) to the 930 calories a day consumed by the fifth-century ascetic John Cassian.

As the authors make clear, this book is written by archaeologists and the scholarship is strongest when engaging with archaeological evidence. In particular, the stone houses at Skara Brae are explored in great detail, carefully separating the archaeological evidence from ‘speculation’. Similar attention to detail is employed in reference to artefacts such as Tutankhamun’s triple-folding travel bed and the objects found in Kha’s tomb and in the treatment of the ancient Greek klinai, wooden-framed dining couches also used for bed rest after childbirth, or occasionally as death beds.

One of the few activities not discussed is the act of reading in bed, but perhaps we should conduct our own empirical research: the book is perfect bedtime reading for anyone interested in the historical and contemporary everyday.

What We Did in Bed: A Horizontal History
Brian Fagan and Nadia Durrani
Yale 232pp £20