The Politics of Breakup: the UK and the USSR

What, if anything, does the possible breakup of post-referendum Britain have in common with the political crisis that led to the disintegration of the Soviet Union? 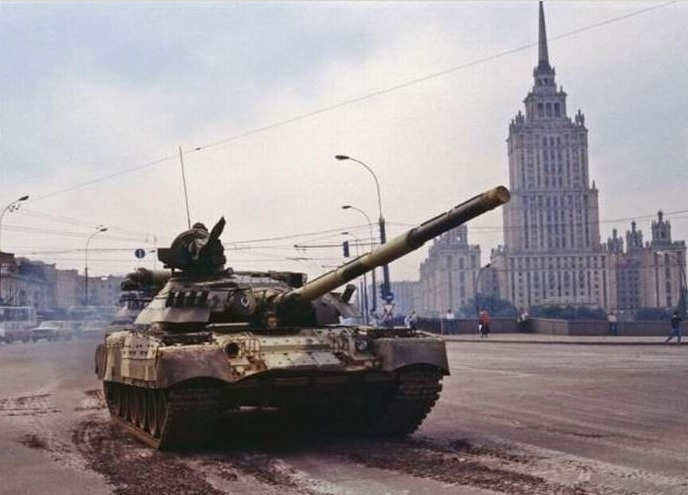 Firstly, there are enormous differences. It was the liberalisation and partial democratisation of a highly authoritarian Communist state that facilitated demands for national sovereignty on the part of constituent republics of the Soviet Union. In the unreformed Soviet system, nationalism (other than Russian nationalism) provided a shortcut to the Gulag. In contrast, the new political freedoms of the perestroika era, including competitive elections, allowed the airing of countless long-suppressed grievances, among them nationalist discontents and aspirations.

The political context of the UK is very different. Although some supporters of Scottish independence claim to be seeking ‘freedom’, that is not synonymous with independent statehood, as President George H.W. Bush told Ukrainians in August 1991. By any reasonable definition of freedom, Scots have enjoyed political liberties for a very long time and they have, moreover, played a major role in the government and politics of the UK as a whole.

It is ironic, however, that those who have talked most about Britain’s ‘national sovereignty’ and about ‘getting our country back’ have paved the way for the loss of a third of its territory if, indeed, ‘our country’ meant Britain rather than just England. The most disaffected nations in the Soviet Union were able to pursue separate statehood because political conditions were getting better – vastly freer and more tolerant – while they gained in local support because economic conditions were getting worse. The Soviet economy had stumbled into a no-man’s land between plan and market. Scots, despite their 62 per cent vote for ‘Remain’, are now presented with a double whammy of losing both the economic advantages of being in the EU and the political benefits for a small country of belonging to a multinational political organisation with a significant voice in world affairs.

It should have been obvious to any reflective politician that the fate of two Unions – that of UK membership of the EU and that of England and Scotland – was at stake in the EU referendum, quite apart from the threat Brexit poses for the Northern Ireland settlement.  The best chance of holding the UK together would be agreement on a federation of England, Scotland, Wales and Northern Ireland, but this is difficult to design because of the disparities in population size. The greater likelihood now is that Scotland will become an independent state, with continuing membership of the European Union. As an EU member, it will attract inward investment that might otherwise have come to England, unless, of course, the campaign for a second UK referendum, comparing EU membership with the actual as distinct from fanciful terms available after exit, were to succeed.

Those who observe that it is the UK government and Parliament that have the last word on authorising a second referendum on Scottish independence are mistaken in assuming that this means it will be denied. In the absence of a fully-fledged federation, with different component parts having a distinctive relationship with the EU, Scotland is likely to move inexorably towards separate statehood. If the Scottish parliament authorised its own referendum and it produced a significant majority for independence, would Westminster politicians wish to be seen to be preventing the people of Scotland choosing their own political destiny? The Europe-wide political context is very different from 2014. There is now more sympathy for an independent Scotland within the EU from other member countries than there was then.

The role of leaders is an interesting point of comparison between the dissolution of the Soviet Union and Britain’s current political crisis. Mikhail Gorbachev tried to keep a reformed and renewed Soviet Union together by persuasion, but ultimately failed. A Russian leader, Boris Yeltsin, prioritised his ambition to get Gorbachev out of the Kremlin and himself inside it by asserting Russia’s  ‘independence’ from the Union, although hastening the complete break-up of a Union in which Russia was the dominant partner was scarcely in Russia’s national interest. There is a parallel here with another Boris, whose emphasis on ‘national sovereignty’ (while disregarding the Scottish and Irish dimensions) was linked to his desire to take David Cameron’s place in 10 Downing Street, an ambition which has come to an ignominious end.

Many Russians today regard Gorbachev as a weak leader because he did not use all the coercive force at the disposal of the central authorities to crack down on separatism. It was Yeltsin, however, whose appeal was precisely that of a strong leader, who played the decisive role in breaking up the Soviet Union. Just as no Union could survive in the UK if England declared its independence from that Union, so even a radically transformed and smaller Soviet Union (minus the Baltic states) was doomed once Yeltsin declared that Russian law had supremacy over Union law. The forces making for dissolution of the Soviet Union were so many and potent (the last straw being the hard-liners’ attempted putsch of August 1991) that it was wise, rather than weak, leadership on Gorbachev’s part that facilitated the largely peaceful breakup of the USSR, in sharp contrast with the process in Yugoslavia.

There are lessons to be drawn from a comparison of referenda in the Soviet Union of 1991 and the UK 25 years on. Gorbachev used a March referendum to demonstrate majority support for a renewed Union, with even Ukrainians then endorsing membership of a transformed federation. Following Yeltsin’s election as Russian president in June and the abortive coup in August, the atmosphere changed utterly and in a Ukrainian referendum on December 1st there was overwhelming support for independence. What this shows is that on even such a fundamental issue opinion can change decisively within less than a year.

That accentuates doubts about the UK referendum on departure from the EU – whether such a complex issue should have been posed in a referendum at all, given that David Cameron, while faced by a serious problem of party management, was not under remotely comparable pressure to that confronting Gorbachev. Momentous as is the UK’s departure from the EU and as is the likely fracture of another Union that has lasted for more than three centuries, there is something even more important. Half of the Soviet successor states are further from a democratic polity today than they were in the last years of the Soviet Union. Whether freedoms, democracy and the rule of law prevail on both sides of the border of newly separated countries will ultimately matter more than change in the territorial boundaries of statehood.

Archie Brown is Emeritus Professor of Politics at Oxford University and the author of The Myth of the Strong Leader: Political Leadership in the Modern Age (The Bodley Head, 2014)The Rise and Fall of Communism (Vintage, 2010).